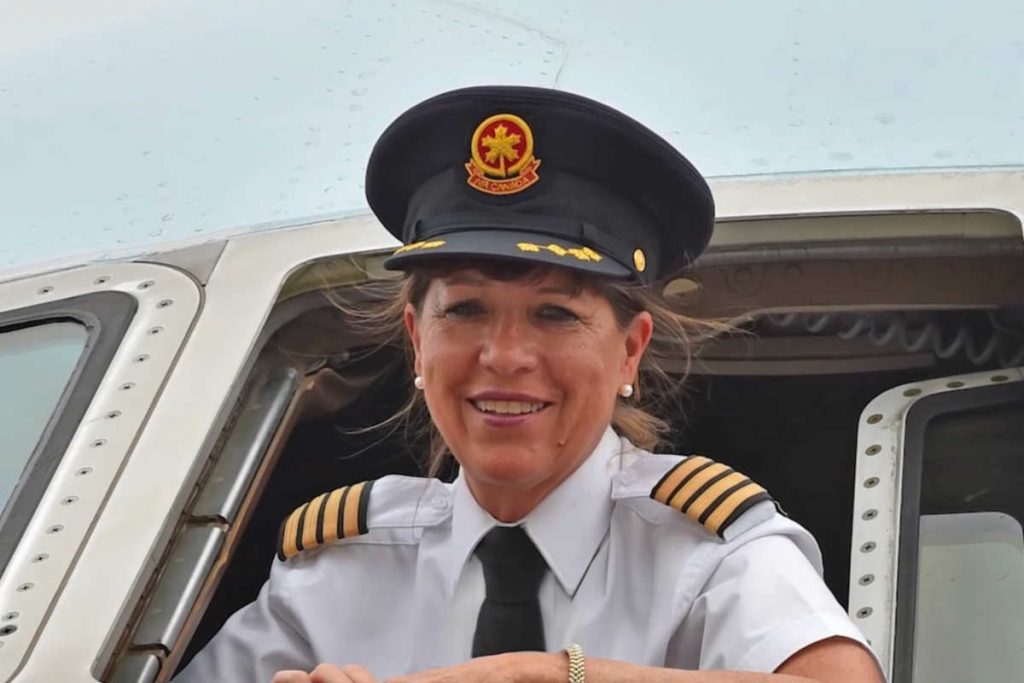 Air Canada on September 28, during the Elsie MacGill Awards Gala hosted by the Northern Lights Aero Foundation in Toronto, announced it will establish the Captain Judy Cameron Scholarship in honour of the airline’s first female pilot. The perpetual scholarship will be provided to young women in pursuit of what the airline describes as non-traditional aviation careers, such as commercial pilots or aircraft maintenance engineers who may not have the financial means to do so.

The Captain Judy Cameron Scholarship, through Air Canada’s commitment, will award recipients with $20,000 per year for three years. Scholarship applications will be accepted as of November 1, 2019. It is open to all female Canadian citizens who have been accepted, are enrolled in, or are considering a post-secondary aviation flight program or aircraft repair and maintenance program.

“I am incredibly honoured that Air Canada has named this scholarship after me,” said Cameron, who retired from the airline in 2015. “When I was learning to fly in 1973, my single mother had limited resources, but she believed in me and encouraged me to pursue my dream. I had a wonderful career as an Air Canada pilot. This scholarship will help other women who might be held back for financial reasons, to pursue their dreams.”

Cameron became the first female pilot hired by Air Canada in April 1978 at the age of 23. She was also the first woman to graduate from Selkirk College’s Aviation Technology Program in 1975.

When she retired in 2015, Cameron received the Elsie MacGill Northern Lights award in the Flight Operations category. Northern Lights celebrates the achievements of women in aviation and aerospace through this annual awards program – now in its 11th year. In 2016 , Cameron was chosen by the 99s (International Organization of Women Pilots) to be on its Canadian postage stamp.

“We are thrilled to establish the Captain Judy Cameron Scholarship as a tribute to Judy’s pioneering leadership and her tremendous professional achievements which are incredibly inspiring to all women in aviation,” said Arielle Meloul-Wechsler, senior VP, people, culture and communications at Air Canada, noting the airline’s history of progressive hiring practices to provide equal opportunities for all qualified people.

“There are no glass ceilings here. Capable women with the required skills and knowledge fly high at Air Canada, working as pilots flying the most sophisticated aircraft globally, as engineers maintaining technologically advanced airplanes and systems, and in specialized, multidisciplinary airline operations,” continued Meloul-Wechsler. “Women hold C-suite, executive and senior management roles across our airline. We are encouraging the next generation of girls and young women to pursue their aviation dreams and to consider exciting and rewarding careers in non-traditional professions.”