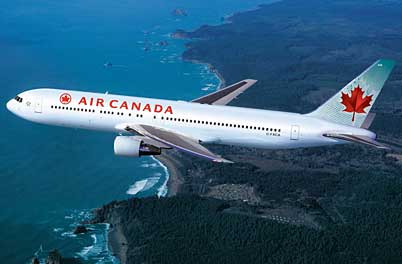 "The successful conclusion of air transport negotiations with the European Union is another step forward in our ongoing efforts to facilitate growth in trade, investment and tourism for Canadian business," said Minister Baird. "In these uncertain times, closer global partnerships will help stimulate our economy and expand commercial links. This is why our government celebrates this historic air transport agreement with the EU, which will open access to all 27 Member States for Canadian carriers and all points in Canada for EU carriers."

A comprehensive Canada-EU air transport agreement will benefit travellers and shippers by providing more choices in terms of destinations, flights and routes, more direct services, and the potential for lower fares.

"Without question, these times call for closer economic cooperation among key players in the global economy," said the Honourable Stockwell Day, Minister of International Trade and Minister for the Asia-Pacific Gateway.

"This comprehensive air transport agreement helps to bring Canada and the EU to a new level of cooperation. It will help create new jobs for our economy, a competitive market for our businesses, and connections for our citizens."

This agreement, which is consistent with Canada's Blue Sky policy and current Canadian legislation, allows the development of new markets, new services and greater competition.

This historic agreement is evidence that the Blue Sky policy is producing
positive results for the Canadian air industry, travellers and shippers.