Canada has a great deal of expertise in building and running airports. 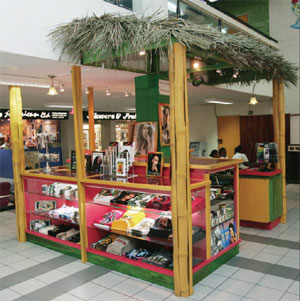 Canada has a great deal of expertise in building and running airports.
It began in the 1930s, with the building of the national airway
airports every 100 miles in support of a national air service, and
continued with the hundreds of fields built so quickly for the
Commonwealth Air Training Plan. These initiatives were largely
undertaken by the federal government. While it tried a couple of times
to make airports a local responsibility, by the 1970s Transport Canada
Airports Branch ran all the major and many other airports of all
categories; some 5,000 people spent an annual budget of $500 million.
That was a big company, and it knew a lot about airports.

In
1992 the feds finally began getting rid of airports with the first four
local airport authorities, including Vancouver International. The 1994
National Airports Policy committed to getting rid of the rest. The once
concentrated enterprise that led the world in airports expertise no
longer exists. Nevertheless, many of the people who built our airports
system are still around. Ex-TC bureaucrats have become entrepreneurs
who now “export” Canadian expertise around the world. A leading example
is YVR Vancouver Airport Services.

President Frank O’Neill
shared its genesis. He had been the last Airport General Manager under
TC and continued as V.P. Operations when the airport was transferred to
the Vancouver Airport Authority in 1992. After completing the parallel
runway project, Frank was ready for new challenges. As President of the
Pacific Region of Airports Council International, he also served on its
world board. From this perspective, he had a view of international
trends in the airports business where he saw the coming opportunities
in privatization. Initially, there was limited interest by the VAA
leadership who felt they had a full plate with YVR’s own development.
As O’Neill was urging VAA’s leadership to “Get on the horse or get out
of the way”, Doug Young launched the National Airports Policy. YVR
Airport Services was incorporated in late 1994 with O’Neill and one
other ex-TC bureaucrat, Mel Feddersen. The first contracts were
advising B.C. regional airport communities like Fort St. John and
Kamloops in their transfer negotiations with Transport Canada
(delicious irony!).

From this modest beginning, YVR Airport
Services today manages ninteen airports in six countries, and has
recently announced two new projects for Cyprus and Nassau International
in the Bahamas where YVR has been selected to negotiate management
agreements, to implement its “brand” of creating value in the shortest
time, to make airports a profitable business. YVR has also continued to
expand operations in Canada where its largest clients are the Moncton
and Hamilton Airports, both of which are number two in their respective
markets, and which use all of YVR’s innovative approaches to carve out
their share in the Maritime and Southern Ontario markets.

YVR’s
first international foray was in Bermuda. YVRAS beat out the powerful
British Airports Authority, already a leading international airport
operator. O’Neill described the YVRAS approach as BDA for Bermudans,
where they would be there for five years to train Bermudans, whereas
BAA saw BDA as another component of its permanent potfolio. That was in
1997 and while BDA remains a consulting client, BDA is now managed by
Bermudans. The next big international venture was Santiago, Chile where
YVRAS participated in its first consortium, even taking an equity
interest. International expansion continued with Jamaica and the
Dominican Republic. I speculated that YVRAS’s positive reception may
have been attributable, at least in part, to Transport Canada’s work
with CIDA in redeveloping the area’s airports during the 1970s &
’80s. O’Neill conceded that one reason for YVRAS’s success in BDA was
that they were Canadian. YVRAS has also provided business planning and
consulting services in Argentina, China, Malaysia, Norway, Oman,
Poland, Russia and Thailand. And YVRAS has accomplished this while
competing with the big European airport services subsidiaries of the
likes of Heathrow, Schiphol and Paris. Indeed, O’Neill claims to be the
leading North American provider of airport operations and management
services.

While much of YVRAS expertise is in the myriad of
regulatory and safety issues, from environmental to aeronautical
issues, the core of the YVRAS brand is that airports are a business.
Services in business planning, cost reduction efficiencies, financing
capital projects and revenue development are the value added that is
represented in the YVRAS brand. YVRAS has found its niche in the
midsize airport of 1 to 5 million passengers a year. Airports are a
challenge as a business because their costs are largely fixed by the
size of the infrastructure and services “plant” – it costs an airport
as much to serve one B747 as 1,000. Revenues on the other hand depend
on traffic volume. Anyone can make money with 10 million passengers a
year. But generating the revenue for financial viability while keeping
rates competitive with only one million passengers a year is the
challenge where YVRAS adds value for its clients.

Frank’s
“bureaucrats” have proven to be innovative entrepreneurs, demonstrated
by their successes these past ten years in “exporting” Canadian
expertise. Another success story is InterVISTAS, set up on the YVRAS
model, to provide consulting services. InterVISTAS is today a (arguably
“the”) leading airport consultant in Canada and internationally. While
InterVISTAS has now been sold off, both companies continue to work
together in serving clients worldwide. The Vancouver Airport Authority
has already sold a minority interest in YVRAS to CDC Capital Partners
of the U.K. The next stage may well be further sales, perhaps even
“going public”, to access the capital needed for international
privatization opportunities.

YVRAS is still led by ex- TC
bureaucrats, including President Frank O’Neill; sidekick Mel Feddersen
is semiretired (and my 1974 car pool partner from the early days of
airports marketing, Mike Kandert, is now V.P. Commercial for Montego
Bay Airport in Jamaica). Feddersen tells me only six of the core staff
of the Vancouver headquarters are still ex-TC bureaucrats. But they are
passing on the torch of Canadian airport expertise to today’s bright
young experts who never shared the TC experience to ensure that Canada
will continue as a world leader in airports.

Transport Minister
Lapierre is now looking into the next evolution of federal policy for
Canada’s airports, after the failure of Collenette’s much criticized
Bill C-26. Some critics see the current version of Canadian Airport
Authorities as protected, unregulated monopolies. Yet one thrust of the
National Airports Policy was to decentralize airports to local
communities where private interests would run airports more like a
business. It would be a further irony if the supposed business model of
airport authorities had created a new bureaucracy, while the former TC
bureaucrats, like those at YVR Airport Services, have excelled in
private sector competitive business. As the government looks into
drafting a new Airports Act, perhaps it should look to YVRAS as the
model and just complete the privatization of Canada’s airports.