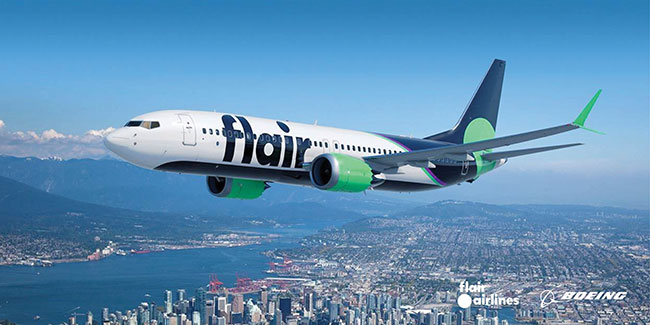 Flair has been around since 2005, but its current incarnation as an Ultra Low-cost Carrier since 2017 qualifies it as a start-up. (Photo: Flair Airlines)

The Edmonton-based airline said it plans to expand its fleet to 30 aircraft, up from 20, by the end of next year, with planned service to 70 routes and is a step toward Flair’s five-year plan to reach 50 aircraft.

Calgary-based Lynx Air also announced plans for expansion in 2023 as the airline will begin offering flights to the U.S. market starting early next year.

“We know that Canadians love to chase the sun in the winter and we want to give them an ultra-affordable option with Lynx,” said McArthur.

More domestic destinations are anticipated to be added to Lynx’s flight offerings said McArthur as the airline hopes to one day be Canada’s No. 1 low-cost carrier.

For now however, McArthur said that Lynx is “not really here to take market shares from our competitors, but really to grow the market and empower more Canadians to travel and fly.”

Flair also proposed more flights to sun destinations Wednesday, as Jones announced they would be extending the number of flights to Mexican destinations, including Cancun, Cabo San Lucas and Puerto Vallarta.