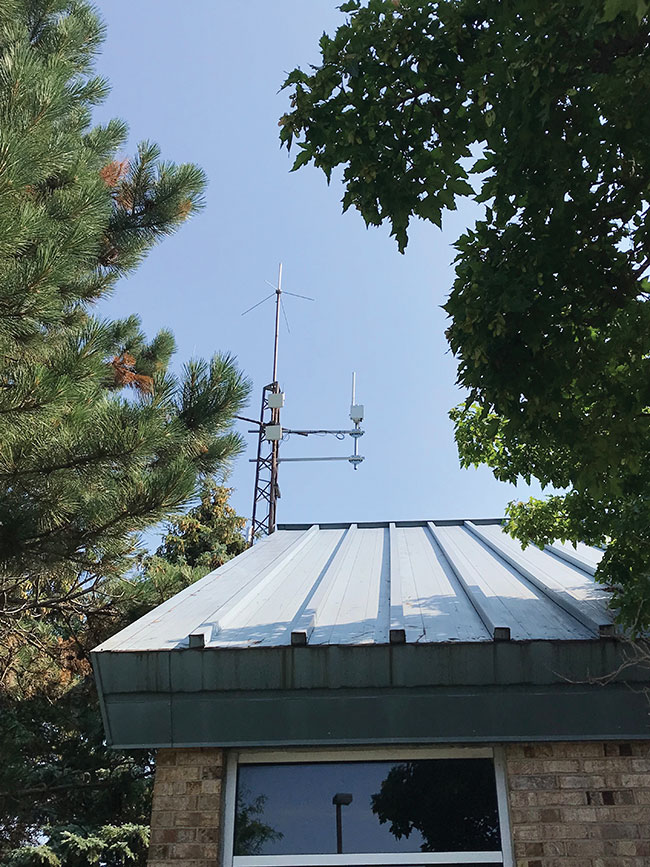 Over a decade ago, the FAA and Transport Canada began working on Automatic Dependent Surveillance-Broadcast, or ADS-B for short, to provide enhanced information about an aircraft to the air navigation system. ADS-B is comprised of two parts: OUT, which transmits aircraft information to ground stations, satellites and air to air; and IN, which receives traffic and weather information in the cockpit.

The FAA’s 2020 mandate requires aircraft to be equipped with ADS-B OUT to fly in most U.S. airspace requiring a Mode C transponder. This includes: Class A, B, or C airspace; within the 30 nm Mode C ring around a Class B primary airport; and most Class E airspace at or above 10,000 feet mean sea level (MSL).

NAV Canada implemented ADS-B OUT trials in James Bay in 2009, in the eastern portion of the Canadian North in 2010, and on the northeast coast of Canada in 2011-2012, supporting air navigation services to high fliers. In November 2012, Aireon LLC was formed as a joint venture between NAV Canada and Iridium Communications, facilitating investment into space-based 1090ES ADS-B OUT services. This Aireon system went live in March 2019, providing 100 per cent world-wide coverage. Space-based ADS-B will be used for surveillance in Class A (February 2021) and B (January 2022) airspace according to the dates identified in Canadian aeronautical study recommendations. NAV Canada does not have plans to implement ADS-B IN infrastructure in Canada.

From a general aviation (GA) and business aviation (BA) perspective, having in-cockpit access to aviation weather products and traffic is priceless. Small, lightweight, battery-powered ADS-B IN receivers cost a few hundred dollars, while panel mounted ADS-B IN/OUT transponders cost thousands or tens of thousands. In U.S. context, ADS-B weather information does not include Canadian weather products. In Canadian context, technology like SiriusXM Weather, when combined with an XM receiver, delivers Canadian aviation weather products, which are transmitted to the aircraft when airborne. Garmin’s GDL-52 portable receiver includes a SiriusXM receiver and ADS-B IN.

Most modern BA aircraft have technologies to receive a variety of weather products, augmented with onboard weather radar. Combined with onboard traffic collision avoidance systems (TCAS) and traffic information systems (TAS) like SkyWatch, modern BA aircraft may not require ADS-B IN services. However, for GA and legacy BA aircraft, ADS-B IN provides a cost-effective platform (nearly free) to deliver valuable information into the cockpit.

CIFIB’s system is comprised of base-station transmitters in weather¬proof boxes, attached to building-mounted, 10-foot antenna poles, with three-foot antennas. Each site will have its own unique build requirements, some requiring new antenna poles while others use existing infrastructure. For example, the Stratford site utilizes a pre-existing mast. At each new site, CIFIB conducts a site survey to ensure that the end to end system is engineered properly.

The base stations receive data from a back-end data server via the internet. CIFIB designed and manufactures its own base stations in order to provide a high-quality, cost-effective system. The underlying technology was developed by CIFIB’s own team, who have the required expertise in radio RF technology, computer hardware and software. CFIB’s technology team has implemented complex software running on both the backend server and ADS-B base stations to create an meshed data network. This is critical to delivering a well-behaved ADS-B transmission network. The CIFIB base station is designed to integrate into the member’s existing internet infrastructure.

CIFIB’s target members include airport owners/management, flight schools, FBOs, Canadian Owners & Pilots Association Flights (clubs), and other flying clubs. An organization wishing to have the system installed at their airport would become a CIFIB member. All hardware is owned, serviced and supported by CIFIB.

The member provides a tower/pole for the antenna, power, cabling and internet connectivity for the ADS-B base station. There is a one-time initiation fee of $2,000 and an annual membership fee of $2,000. CIFIB initially focused on airports in Southwestern Ontario and will utilize CIFIB members and approved contractors to install the technology at the airport. Safety concerns during installation are mitigated through the use of licensed tower installers holding WSIB insurance.

Currently, CIFIB has a base station installed at Stratford Municipal Airport, which is not operational until a radio license is received from ISED. Since February 2021, CIFIB has been engaged with ISED for the acquisition of 978 MHz one year development radio licenses for Stratford Municipal, Burlington Executive, Oshawa Executive and Parry Sound Area Municipal. CIFIB is also working with groups from the Toronto Buttonville Huronia, North Bay and Ottawa airports.

The ISED process requires consultation with NAV Canada and the FAA. Covid-19 and ISED resource constraints slowed the issuance of 978 MHz development licences, but CIFIB is hopeful these licenses can be granted in the coming months to begin installation and activation processes.

CIFIB aims to deploy at six to eight sites in 2021; and 15 to 20 sites across Canada in 2022, ultimately growing to 100 sites. CIFIB VP Richard Carothers, says, “We have a lot of interest from airports all across Canada, however, we recognize the challenges with delivering national infrastructure and are limiting the number of members in the first two years to ensure the delivery of a quality product.” | W