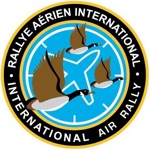 Jan. 14, 2009 - The Air Rally is one of top major North American aviation events, considered by pilots as a fun, challenging, educational, flying experience.

The International Air Rally is an annual international aviation event bringing together 20 to 30 aircraft ranging from the Cessna 172 aircraft to jet type aircraft. Participating crews originate from Canada but also from USA, Europe and occasionally from South Africa, Australia, etc.. The Air Rally is one of top major North American aviation events, considered by pilots as a FUN, CHALLENGING, EDUCATIONAL FLYING experience. Since 2001, the International Air Rally offers pilots a unique opportunity to get together and share a passion. Every year this event gains International recognition and confirms its position as the largest FLYING event of its kind. To date over 150 airports, in eight Canadian provinces and Territories have been visited by the International Air Rally: Province of Ontario, Quebec, Nunavut, New Brunswick, Nova Scotia, Prince Edward Island, Newfoundland & Labrador, Manitoba, Alberta, and Northwest Territories. Maine, New York, USA – St-Pierre & Miquelon, France have also been included in three different editions,
confirming that the event knows no borders.

The International Air Rally, now a fund raising event, is  presented  and organised exclusively for the benefit of a non for profit organisation : Aviation Connection, officially appointed trustee of the Governor General’s Cup.

Aviation Connection’s mission is to recruit “pilot Mentors”, aircraft owners and experienced pilots, willing to share their knowledge and passion with a young (new) pilot in pursuit of an aviation career. Aviation Connection funding will contribute in part  to the young pilot (new)  flying expenses incurred during the  fund raising yearly event. www.aviationconnection.org .

The important national and international media coverage which surrounds this event is a great opportunity for our partners to demonstrate their support and commitment to the aviation community and industry. This event, the only one of its kind, generates instant economic returns thanks to the visit of an important group of aircraft and crews from different countries attracting a
high standard clientele to visited destination.

1909 is the year that played a significant role in Canadian aviation history:
-First flight by a British subject at any point in the British Commonwealth: License #1
-First airplane to fly in Canada: the Silver Dart
-First aerospace company formed by McCurdy and Baldwin: the Canadian Aerodrome Company
-First military fligt demonstration in Petawawa August 1st with pax onboard
2009 special edition will bring forward Aviation Friendly destinations and hosts who have contributed to the success of the International Air Rally on this special occasion, The Governor General’s Cup-International Air Rally (9th edition), will cover all Canadian provinces and territories: Launching August 1 from Ontario  proceeding through Manitoba, Saskatchewan, Alberta, British Columbia, Yukon, Northwest Territories, Nunavut, Newfoundland-Labrador, Prince Edward Island, Nova Scotia, New Brunswick and Quebec. Finals to take place in Montreal August 16.

It is not a race! The Challenge consists in identifying way point and putting to test navigation and safety general knowledge, improving flying skills with the help of experienced pilots. Culture, history and tradition will be put forward during the whole journey. Most destinations will organise ground competitions and invite the population to meet the pilots at the airport. Pilots can
accumulate up to 100 points per day. The cumulative of points will determine the best team: discipline, general aviation knowledge, flying skills.
Collaboration, team work and assistance to others play an important role in the challenge and are highly regarded qualities that deserve recognition and reward.

The winners of this International Air Rally will be awarded one of the most prestigious aviation trophies the “Governor General’s Cup” established in 1953 by the Right Honourable Charles Vincent Massey, First Canadian appointed Governor.

The transfer of the Cup to the International Air Rally event was made possible thanks to the recommendation of “Canadian Owners and Pilots Association” voice of Canadian aviation.