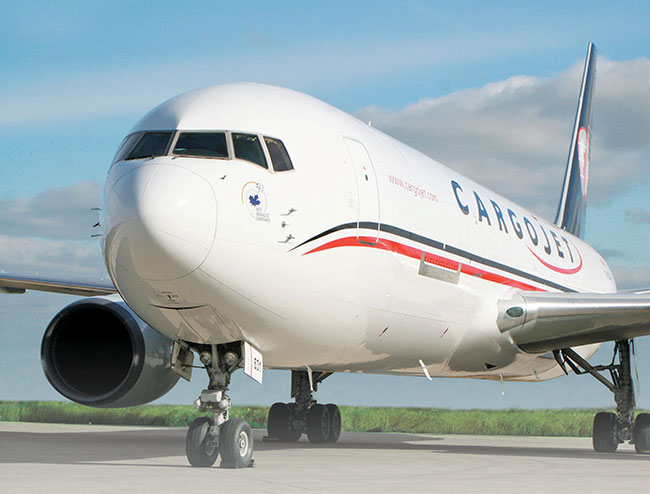 “Hybrid is the new normal… Consumers have discovered that they can efficiently order these items and free up time in their lives to do other things.

“While there may be some short-term volatility due to pent-up demand for in-person shopping, the longer-term trends of moving to online shopping are firmly intact,” he said.

Cargojet was among the main beneficiaries of explosive online sales over the past 20 months, ramping up flights and expanding its relationship with e-commerce giant Amazon earlier this year via an agreement to operate two of its wide-body Boeing 767 aircraft in Canada.

Last quarter it enjoyed 21 per cent year-over-year growth in revenue from its aircraft leasing service — crew, maintenance and insurance are also part of the package — to nearly $45 million.

“We also expect a normalizing of international air cargo demand and pricing as belly freight capacity is steadily reintroduced over the next two years as passenger airlines rebuild their international networks,” Doerksen said in a note to investors.

The relative dearth of passenger planes in the sky, which typically carry cargo in their bellies, continues to bolster demand — and airfreight charges — for cargo services amid depressed business and leisure travel since March 2020.

However, the hefty price of pilots offset some of Cargojet’s revenue gains. Crew costs rose 72 per cent year over year to $21.5 million last quarter.

“There is a shortage in real numbers when it comes to pilots,” Virmani said. “When you hire a pilot, you’re looking at three to four months before they’re inducted into flying after training and line checks.”

Cargojet also confirmed Monday it has signed deals to buy three converted Boeing 757-200 passenger planes for addition to the fleet next year.

The new narrow-body jetliners will free up three 767 aircraft for leasing or international cargo use, a key bump in capacity if digital sales stay sky-high.

“The negative reaction following Cargojet’s strong third quarter is likely a result of the added new capacity announced, and the trepidation around capacity once belly space in passenger aircraft returns,” Royal Bank of Canada analyst Walter Spracklin said in a research note.

However, belly space will not recover until 2027, he said.

“Evidence suggests that customers (such as DHL) are strategically orienting themselves away from passenger belly capacity and toward dedicated freighters over the long-term; a direct benefit to Cargojet in our view,” Spracklin added.

Analysts on average had expected a profit of $1.31 per share and $177.4 million in revenue, according to financial markets data firm Refinitiv.

Adjusted earnings before interest, taxes, depreciation and amortization amounted to $70.9 million for the most recent quarter, up from $69.8 million in the same quarter last year.