It started with perhaps the soggiest day in the history of corporate golf, but eventually the sun shone brightly on the 2015 CBAA convention and exhibition last week in Montreal. 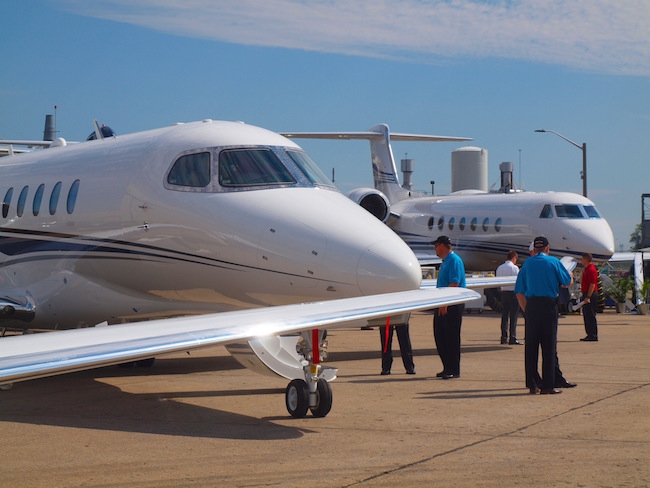 The festivities kicked off on Tuesday with the association’s annual charity golf tournament at the quaint Le Parcours du cerf golf course. Some of the industry’s best – yours truly not included in this analysis – were all pumped for a competitive day on the course, but Mother Nature had other ideas. For those who have not experienced the expression “raining buckets,” this pretty much summed it up. A few brave souls managed to get in 15 holes on the day before the sogginess was mercifully brought to an end, but the experience will forever go down as one of those “remember when” moments in CBAA exhibition history – and it was all for a good cause. During the luncheon, CBAA president/CEO Rudy Toering handed over a cheque to Hope Air executive director Doug Keller-Hobson for $26,363.

The CBAA and its National Organizing Committee have worked very hard to improve its educational content for members over the past couple of years and this year’s conference reflected this premise. Many of the delegates Wings spoke with seemed pleased with the content development, saying it has certainly grown into a more cohesive package.

Some the sessions of particular note included an electric presentation by Million Air CEO Roger Woolsey on the power of first impressions and pumping up your flight operations; an introduction to and implementation of the CBAA’s new member SMS led by the CBAA’s vice president of government and regulatory affairs, Merlin Preuss and vice president of operations Beyond Risk Management’s Elaine Parker; and working with new business aviation airports in the GTAA, led by Martin Lamprecht, business development consultant of the Lake Simcoe Regional Airport; Stephen Wilcox, airport manager for the Oshawa Municipal Airport, and Chris Wood, general manager for the Waterloo International Airport. All topics will be covered in future issues of Wings.
Advertisement

Mike Tretheway, chief economist and chief strategy officer with InterVistas was also on hand to go through details of the CBAA’s recent Canadian business aviation economic impact study which outlines the impact BizAv has in Canada (see Wings, May/June 2015). And while Minister of Transportation Lisa Raitt could not be in attendance, she did send a video message reiterating her support of Canadian business aviation and the many markets it serves. Raitt noted that she is looking forward to working with Toering and the CBAA in the future.

Some 22 aircraft graced the static display at the tradeshow at H18 on the Thursday, representing one of the largest statics in recent memory, notes Deb Ward, CBAA’s marketing and industry relations director. And Toering indicated he was pleased with the way the conference came together.

“We have certainly worked hard to enhance elements of the program with our educational package and make it more constructive and valuable for members. I think we achieved that,” he said. “We will continue to strive to achieve this premise going forward.”

Some of the other key notes from the conference: