“WINGS and our parent company, Annex Business Media, understand the important role we can play in helping Hope Air reach its goals to provide Canadians in need with free travel to access medical care.” 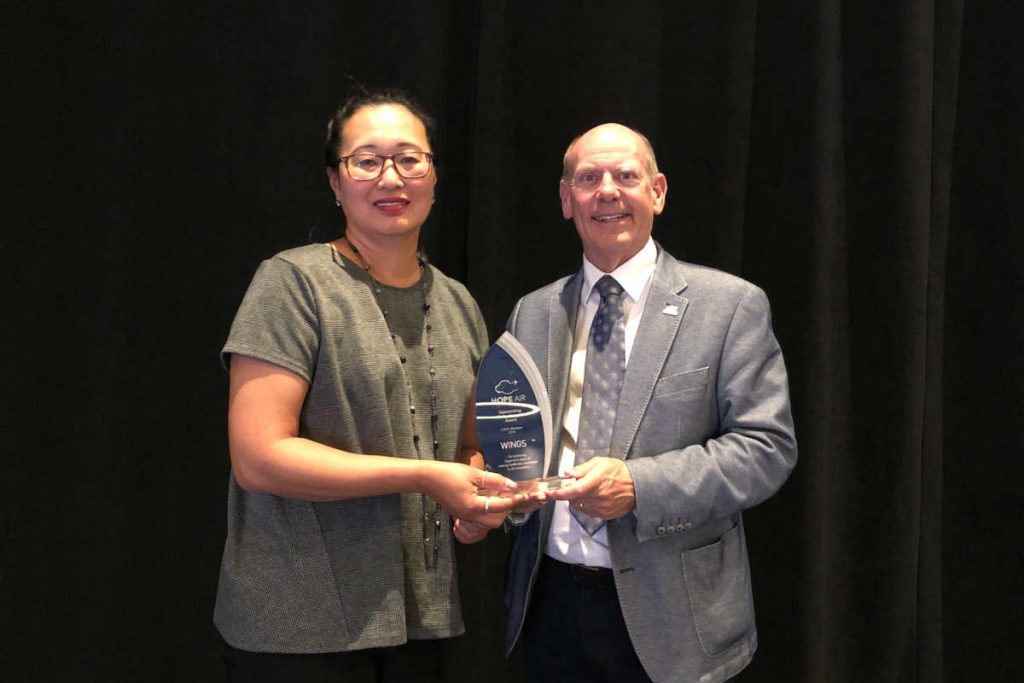 The Canadian Business Aviation Association today at an awards luncheon during its annual convention in Calgary, Alberta, honoured significant contributions made to the country’s aviation industry by a range of individuals and organizations, with an emphasis on the business-aviation community.

The awards program began by recognizing Gordon Berturelli, who recently retired from FlightSafety International, for his longstanding efforts to grow the influence of the Canadian Business Aviation Association (CBAA) and his outstanding career in aviation. Berturelli became an Honorary Lifetime Member in the association, as determined by its Nominations Committee and board of directors – the 16th such honour presented by the CBAA. 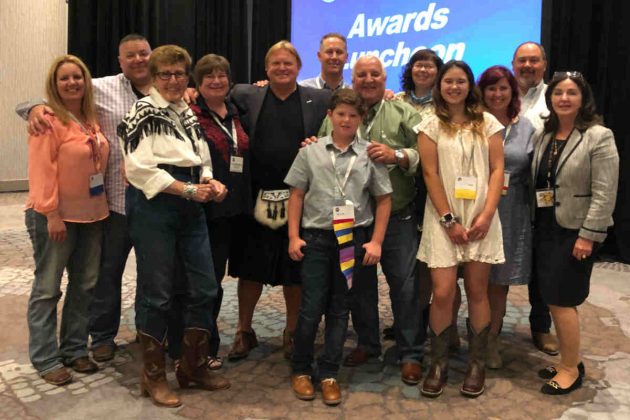 During its luncheon, CBAA also hosted the annual presentation of the Hope Air Outstanding Philanthropist Award, established by the national charity that provides Canadians in financial need with free travel to medical care far from home. This year, WINGS and Skies magazines were recognized for helping Hope Air build its presence across Canada. Among other initiatives, this includes several years of donating advertising space to Hope Air through print and online properties.

“WINGS magazine is a devoted supporter,” said Doug Keller-Hobson, CEO of Hope Air. “Whether we’re celebrating a major milestone, or launching a big event, they are there to help tell our story. Their work helps us ensure that Hope Air’s message gets in front of all of the WINGS readers, and that our work can reach as many patients as possible.”

Since its inception in 1986, Hope Air has provided more than 140,000 travel arrangements to patients in need. The organization’s recently completed three-week Give Hope Wings, Northwest Expedition, raised more than $240,000 toward its $250,000 goal to fund 1,000 additional flights. Keller-Hobson estimates Hope Air will provide 13,000 flights this year.

“WINGS and our parent company, Annex Business Media, understand the important role we can play in helping Hope Air reach its goals to provide Canadians in need with free travel to access medical care,” said Martin McAnulty, group publisher and VP of sales, Annex Business Media. “Given the scope of Hope Air’s national platform and its many outstanding contributors from across the country, we greatly appreciate this recognition as a valued, long-standing partner.”

Aurora Jet Partners of Edmonton, Alberta, which manages a fleet of business jets for large corporations, private companies, individuals, and charter clients, was recognized as a company for 1,500+ hours of safe flying. The CBAA’s Safety Award in particular recognized Aurora Jet pilots Bill Fisher, Brad Pridmore, Trevor Frieser, Kris Loitz and Scott Spurrell. In addition to Edmonton, Aurora Jet has aircraft based in Toronto and Vancouver.

In its efforts to attract and retain young professionals to business aviation, CBAA presented its annual Schedulers and Dispatchers Scholarship Award to support the education of two emerging leaders in the sector. The $10,000 in funding will be shared by 2019 recipients Spencer Kuglin of Chartright Air and Tiffany Brassard of Skyplan Services Inc.

Jason Buma, who represented Alberta in the annual Webster Memorial Trophy program, was awarded a $1,500 CBAA bursary, presented to his educational institution, Cooking Lake Aviation, to continue along his flight path. The Webster competition pits provincial representatives against each other to determine Canada’s top amateur pilot.