Cessna Aircraft Company has announced it has completed initial ground engine tests on the Citation Longitude’s Honeywell HTF7700L turbofan engines, paving the way for first flight of the prototype aircraft in the coming weeks. The test verified the functionality of the engine start, fuel system and auto-throttle as well as interfaces with the avionics, electrical and hydraulic systems. 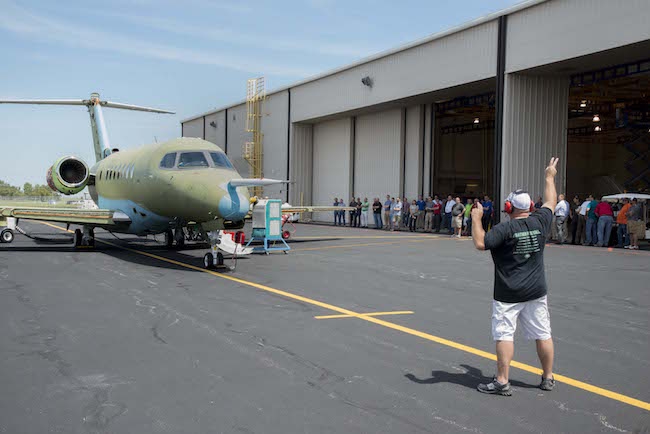 “The engine run tests are one of the final major milestones as we prepare for first flight,” said Scott Ernest, president and CEO, Textron Aviation. “This step really allows us to prove the maturity of the aircraft and its systems. Following this, we will do a series of functional and structural tests on the airframe in preparation for first flight. The speed at which we are progressing on the Longitude program demonstrates our industry-leading development cycle and affirms our commitment to new product investment.”

Cessna successfully mated the wing and fuselage of the first Longitude in May, just six months after unveiling details of the super-midsize jet, and powered the electrical distribution system for the first time in June.

Revolutionizing the super-midsize market
The Citation Longitude is the company’s latest innovation as it continues to invest in its family of larger business jets. The aircraft is designed specifically for maximum passenger comfort and offers the lowest cabin altitude in its class at 5,950 feet. State-of-the-art cabin technology allows passengers to manage their environment and entertainment from any mobile device, while standard high-speed internet maximizes in-flight productivity. With seating for up to 12 passengers, the Longitude features a stand-up, flat-floor cabin with a standard double-club configuration and a class leading walk-in baggage compartment fully accessible in flight.

The clean-sheet design of the Longitude integrates the latest technology throughout the aircraft, bringing customers the lowest ownership costs in this category. It features the next evolution of the Garmin G5000 flight deck and is powered by FADEC-equipped Honeywell HTF7700L turbofan engines with fully integrated autothrottles. The aircraft offers a full fuel payload of 1,500 pounds, a maximum cruise speed of 476 knots and a high-speed range of 3,400 nautical miles. With optional head-up display and enhanced vision capability, the Longitude facilitates eyes-up flying. The spacious cockpit incorporates easier access and an ergonomic design that fully focuses on crew comfort and efficiency.