Nov. 19, 2014, Edmonton - The CFL and Canadian North have jointly unveiled a custom-painted Boeing 737-300 aircraft, emblazoned with the CFL logo and the logos of all nine CFL franchise teams 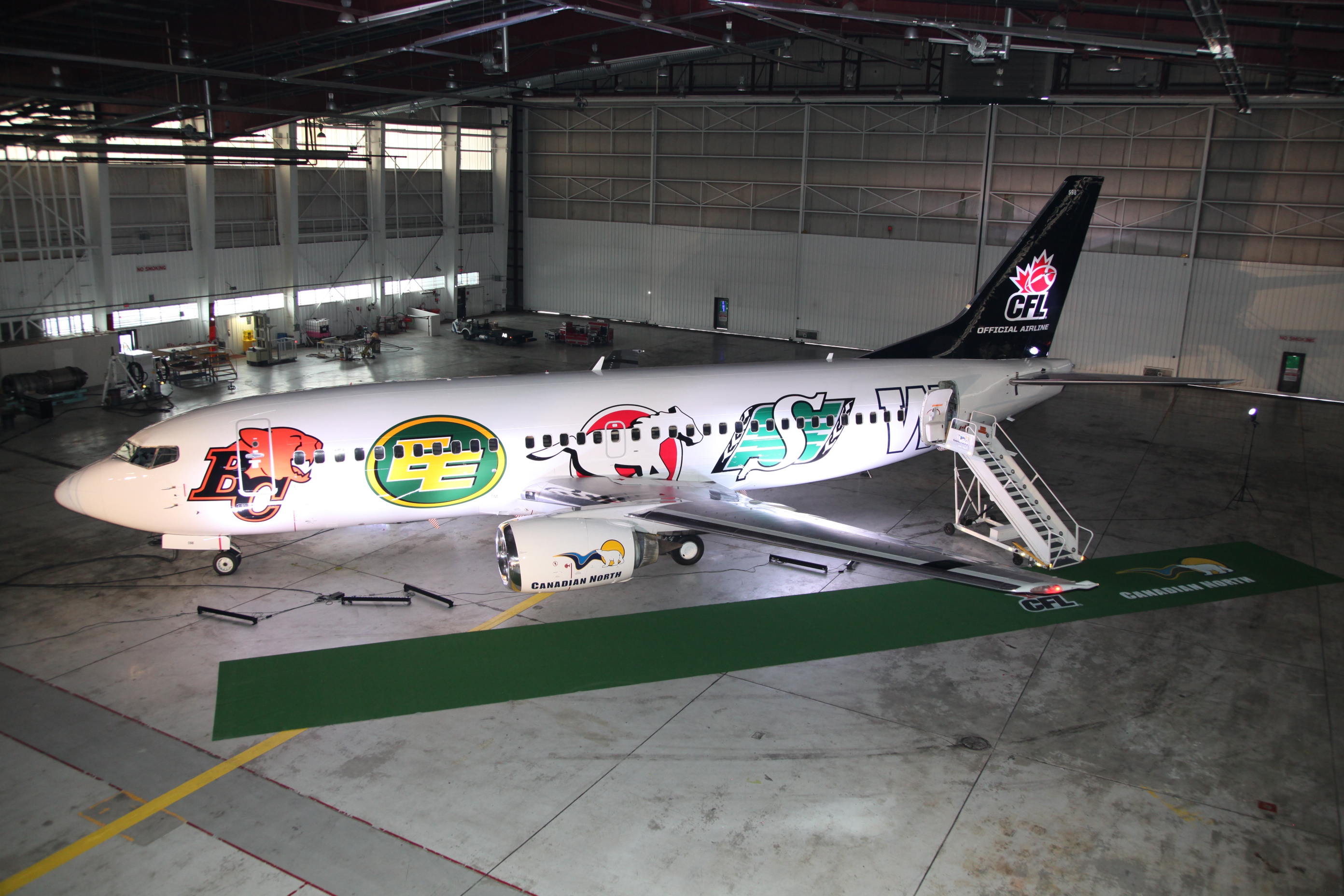 This eye-catching plane will be used to fly the 102nd Grey Cup Champions home from Vancouver, British Columbia on Monday, December 1 and will serve as a highly visible billboard for the CFL and its teams wherever it lands.

“This is a very exciting project we have been working on with Canadian North, our official airline partner,” said CFL Commissioner Mark Cohon. “It looks amazing and I can’t wait for our players and fans to see it.”

“Canadian North is proud to play an important role in this year’s Grey Cup and to ‘sport’ the league’s logos on our aircraft,” said Steve Hankirk, President of Canadian North. “Every day, we transport passengers to destinations across North America. This Canadian North plane will definitely be noticed everywhere it lands.”

Canadian North is the premier charter provider for Canada’s resource sector, top sport franchises and air-inclusive vacationers. The CFL and Canadian North announced a three-year partnership earlier this year that made Canadian North the official airline of the CFL.

“We’ve built a highly successful charter business to complement our scheduled services in the North,” said Hankirk. “I hope that all Canadians we serve will be proud to see Canadian North associated with the CFL, an iconic sports institution.”