In the November/December 2014 issue of Wings, we ran a cover story by yours truly entitled “Surveying the Landscape,” focusing on what Canadian air transport could look like in five years. The invisible thread running through the piece was how government policy blocks renewal industry renewal. This is not a criticism of any particular government. With the exception of overdue big ticket change such as opening domestic skies to limited competition in the 1950s (Diefenbaker), deregulation (Trudeau) and trans-border open-skies (Chrétien), successive governments have been satisfied tinkering at the margins of air policy, such as insisting airlines post the all in fare up front, saving customers from sticker shock once all taxes and fees are added. As part of a consumer agenda, it was pretty low hanging fruit. 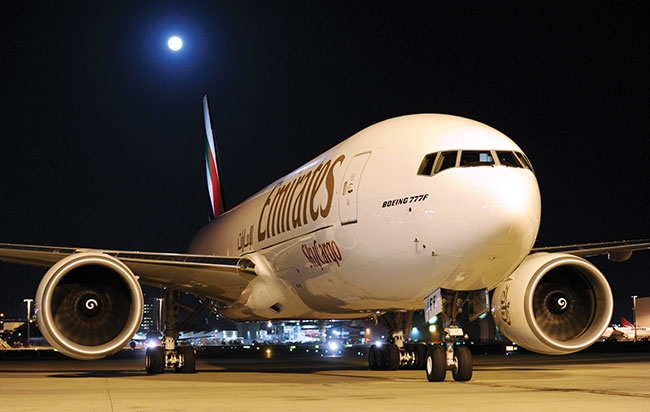 Why Ottawa is hesitant to officially relax foreign restrictions on ownership is a puzzle. In the November/December 2014 issue of Wings

But what of the current government’s consumer agenda, so far limited to big mobile telecoms and cable and satellite service providers? Parse through this government’s past commitments and the cap on foreign investment in Canadian airlines was supposed to have been lifted to 49 per cent (still two percentage points below where it needs to be) and skies were to become more friendly to foreign competition.

National Post columnist Andrew Coyne, an economist, wrote in 2013 when Ottawa tried to stimulate competition in the mobile telephone sector by luring U.S. wireless giant Verizon north, “if the government really believed in consumers first, it wouldn’t confine itself to wireless telephony.” Coyne quoted 18th century British economist Adam Smith, who observed over 200 years ago “consumption is the sole end and purpose of all production.” Except in Canada where that assumption is turned on its head.

Canada is the only developed economy not served by an ultra-low cost carrier (ULCC) similar to Allegiant in the U.S. and Europe’s Ryannair. That may change this spring as two ambitious homegrown ULCCs ramp up. But analysts report that investors have been scarce and Canadian ownership restrictions are preventing a potential ULCC from operating with the scale, number of airplanes and deep pockets needed to take on Air Canada and WestJet, who will understandably do whatever is necessary to protect market share.

Why Ottawa is hesitant to officially relax foreign restrictions on ownership is a puzzle. Caps are already something of a shell game as evidenced by American Airlines onetime stake in Canadian Airlines and British tour giant TUI Travel’s 49 per cent equity position in Sunwing (with a 25 per cent voting interest), which has had the benefit of adding competitive muscle in the crowded leisure market.

Nobody should expect American ULCC’s to ride the rescue. JetBlue and Southwest have considered entering the market place, but have a pretty good gig stopping at the border and filling airplanes with Canadians buying cheap seats. Besides, taxes and other fees that weigh down the cost of a ticket in Canada would eat away at their competitive advantage if they were to set up shop here.

To be clear, the cross-border tug is not exclusively southbound. Pearson, Vancouver and Montreal’s global connections, and Air Canada’s success in scheduling aircraft for easier connecting between the U.S., Europe and Asia, is pulling more Americans north. But millions of Canadians crossing the border each year for lower cost flights is a lot of revenue to give up without a fight. Yet that is what is happening.

Ottawa’s promise to stimulate increased foreign competition has also been hit and miss with airlines such as Emirates, Etihad and Qatar Airways pounding on the door to increase a combined nine weekly frequencies to Toronto and Montreal to daily and, in Emirates case, adding flights to Calgary and Vancouver. Transport Canada bureaucrats say that these routes are adequately served, but that fails to consider transfer potential and the Canadian consumer’s right to choose.

While some airlines are being blocked access to Canadian destinations, others are holding out until for movement on high taxes and fees. Which may go a length to explain why telecos are in this government’s consumer agenda crosshairs and air transport gets a free ride. It is easy to quash contracts and unbundle services when you don’t have a dog in the hunt. Stimulating air transport may curtail revenue such as airport rent flowing into treasury coffers. And no government wants to take that hit.