Nav Canada is reviewing its fee structure. Stung by recent rate hikes, will stakeholders be on side? 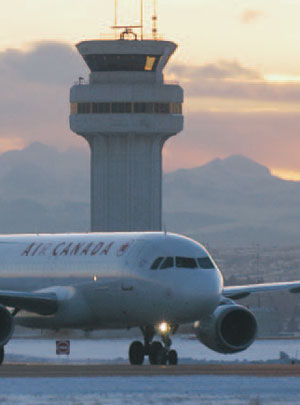 Nav Canada has raised its fees again putting the notfor- profit air
navigation service (ANS) provider on the receiving end of sharp but
largely behind-thescenes criticism from leading stakeholders. One
exception has been Air Canada’s Robert Milton, who has described air
navigation fees as “spinning out of control.”

Nav
Canada admits that charges have risen sharply since 2002, but points
out that they had fallen below 1997 levels (when the privatization of
ANS services took place) prior to that. On balance, the net increase
has remained below the consumer price index, meaning that the
corporation, which is mandated to recover its costs every year, has
managed to contain its capital and operating budget below the general
rate of inflation.

Still, a 10% hike in user charges for 2005
has been hard to take for an industry that has long felt it is being
held hostage by monopoly service providers.

In January, Nav
Canada released a discussion paper on its fees and charges. It is the
first comprehensive consultation on the subject since the original
charging structure was put in place. It is early days yet and air
carriers and the corporate aviation community appear to be taking a
wait-and-see position. Even so, some new views are likely to be brought
forward and several old battles re-ignited in the months ahead.

According
to Arthur Andreaseen, Nav Canada’s assistant vice-president of revenue
and commercial relations, it is business practices and not customer
demand that will steer the process. “The review is not driven by the
perception that there is a big issue anywhere. It is simply a good
business practice to look at it from time to time – to take stock, to
reconfirm and to update, and we are in that process now. There are all
kinds of views, but there were all kinds of views when we did the
original consultation, and there was a balancing by the board to find
something reasonable.”

As a result, the discussion paper is
about charging philosophies rather than any specific proposal. “It is
just a discussion of issues,” Andreaseen emphasized. “After that, we
will assemble everything that is said and see if there is any basis for
a modification. If there is, that proposal would go through the normal
consultation process.”

Certainly one of the key debates will be
whether the allocation of current charges to international versus
domestic operators reflects fair distribution. International airlines,
for example, have long complained about the cost of flights through
northern airspace. The rationale is that the charges are considerably
higher than they are over the North Atlantic, without a compensating
benefit. The view is that the overflying international carriers are
subsidizing the domestic carriers flying below them.

WHO PAYS FOR WHAT?
The
Civil Air Navigation Services Commercialization Act (CANSCA), which
governs Nav Canada’s practices and charging principles, forbids the
service provider from charging more for services in the north than it
would charge for similar services provided in the south. Nevertheless,
the international air community feels it has a case.

But does
it? Nav Canada has made substantial efforts to reduce the cost of high
latitude over-flights. A northern radar program, for example, deployed
six new radars that allow air traffic controllers to use radar
separation instead of procedural methods. This means that operators can
fly more often at requested altitudes and over preferred routings. And
while such costs show up as an increase in Nav Canada spending, any
offsetting decrease in fuel bills for the operators is largely
invisible.

ALL BLIPS ARE NOT EQUAL
One of the more heated
battles will be over charges linked to maximum takeoff weight (MTOW),
and will likely pit Canadian Business Aviation Association (CBAA) and
Air Transport Association of Canada (ATAC) members against the larger
airlines represented by the International Air Transport Association
(IATA). Weight-based charging principles are used by almost every other
ANS in the world, but have long been considered an unfair practice by
international airlines and other operators of heavy aircraft. The
rationale is that essentially the cost of providing an IFR service to
an aircraft is independent of weight. One blip on a radar screen is
much the same as any other.

On the surface at least, the
argument makes sense, except that on larger aircraft, produce higher
consumer benefits from the use of the ANS. Discussion papers that
preceded the creation of Nav Canada specifically linked benefits to the
charging method: “Aircraft weight is taken into account to recognize
that larger aircraft receive greater benefits (i.e., carry more
passengers and/or cargo).

The CANSCA allows for price
discrimination based on the value of the service to users. One view of
equity is that the burden of paying for ANS is apportioned fairly if
passengers (indirectly) paid roughly the same amount for the distance
they travelled in the system, regardless of the size of aircraft that
was used by the carrier.

The magnitude of the redistribution of
costs would be an issue in itself. For example, elimination of MTOW en
route charges could drop Boeing 747-400 rates by 38%, but would drive
up BE1900 rates by 987%, according to Nav Canada’s discussion paper.

Predictably,
IATA would like Nav Canada to create an international precedent by
dropping MTOW from the formula. Equally predictably, CBAA believes that
the formula should retain a weight-based factor. Otherwise, a larger
portion of the total cost of the system would be shifted to them,
according to president Rich Gage: “The real hot-button issue for us
right now is modification of weightbased charges. Any move in that
direction would be a big concern for our members. There are constraints
in the way that Nav Canada is constituted and the principle is accepted
internationally. I think there will be a lot of arm-waving, rhetoric
and viewpoints expressed, but I don’t think there will be any
legislative change.”

SAVING FOR A RAINY DAY
Another key
issue in the review will certainly concern the rate stabilization fund.
Since it finished its initial consultations, Nav Canada has maintained
a ‘rainy day fund’ that would allow it to avoid raising rates when
there was a drop in demand. This makes sense because a drop in demand
is usually accompanied by financial concerns for the airlines.
Airlines’ margins are tight at the best of times and most of their
operating costs are fixed. This means that demand reduction almost
invariably impacts profit.

Nav Canada’s $75 million contingency
fund had been calculated on a worse case assumption that Canadian
Airlines would go bankrupt and two years would be needed for traffic
levels to rebound. Nobody could predict 9/11 and how quickly it would
drain away Nav Canada’s reserve.

Part of the recent run-up in
charges relates to replenishing the ‘rainy day’ account, which had a
$116 million shortfall in 2003. Nav Canada has made considerable
progress in replenishing the fund, but is still $105 million shy of the
pre-9/11 surplus.

Cliff Mackay, CEO of
ATAC, reflects an airline community in which there is not a clear
consensus: “[The fund] always was controversial and it will be debated
again. To date, the ATAC position has been that, on balance, it is a
prudent thing to do, and this was proven when it allowed Nav Canada to
delay rate increases for a significant amount of time following 9/11.
One of the debates among our members will definitely be along the lines
of ‘how much is enough’?”

Recent IATA statements indicate that
the organization believes the rate stabilization fund should not exist
at all and that risk management is best carried on by the individual
companies themselves, rather than collectively. There are rational
arguments on both sides of the issue. Airlines are in the position of
deciding for themselves what is prudent. On the other hand, this
creates a potential ‘moral hazard’ if airlines believe they can rely on
political appeals for help, and therefore have a reduced incentive to
properly fund their requirements. So far, at least, the Canadian
government has refused to go beyond the veil to intervene in the
relationship between airlines and the ANS.

MORE THAN THE AVIATION COMMUNITY HAS A STAKE HERE
Airlines
are not the only stakeholders. Nav Canada financed the purchase of the
ANS from the federal government by issuing bonds that are rated as very
secure. Dominion Bond Rating Service confirmed Nav Canada’s medium-term
notes and revenue bonds at AA last year, a superior credit rating,
according to DBRS’s Ryan McGaw, but the rate stabilization fund is not
the key to the rating: “It is not of that much importance to the
bondholder. This is a smoothing methodology. If they didn’t have this,
they would have hiked rates.”

The high rating primarily results
from Nav Canada’s ability to charge its customers whatever it costs to
run the system, said McGaw: “If they hiked rates to the point that
airplanes couldn’t fly, then we’d have a problem with it.”

CREDIT DUE
One
of the issues in the last few years is that two major bankruptcies cost
Nav Canada significant amounts in lost revenues. Many small-airline
managers are critical of the fact that Air Canada had $45 million owing
to Nav Canada when it slipped into CCAA restructuring – which is now
being extracted from them in the form of increased fees.

The
situation today is better, according to McGaw: “They managed to recover
$15 million of that in fiscal 2004, so the net loss was $30 million.
Since then, Nav Canada has tightened its receivables policy and limited
its exposure to any given customer to $4 million.”

WHAT OF THE LITTLE GUYS?
There
are other issues that will drive this debate, including what to charge
very small operators and private owners, who do not think they should
be paying at all. This message has been consistent since the original
consultation, according to Kevin Psutka, president of the Canadian
Owners and Pilots Association (COPA). “Our position from day one was
that we are not in favour of any fee being imposed on private aviation
because we are already paying a fuel excise tax that remains in place
to this day. As long as it is not reduced or an equivalent amount
transferred to Nav Canada on behalf of our sector, we can’t be in
favour of any fee.”

Despite differing views, most aviation
companies and associations appear willing to embrace the process. “It’s
healthy to have a review of fees and services every now and then,” said
Rich Gage. “We need to demonstrate that the appropriate level of
service is being provided measured against the demand. We need to
ensure that we don’t have traffic lights where a stop sign would do.
And we need to make clear that Nav Canada is not responsible for
economic development.”