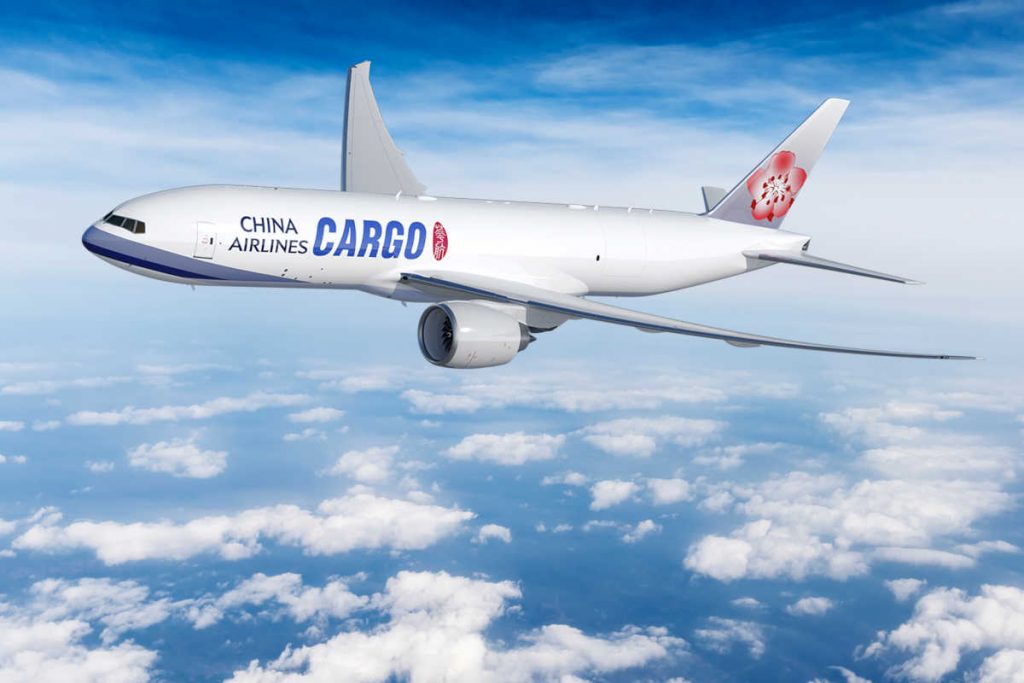 China Airlines finalized an agreement with Boeing to order six 777 Freighters to modernize its cargo fleet. The carrier, which currently operates one of the world’s largest 747 Freighter fleets, plans to transition to long-range, twin-engine freighters as it launches operations from Taipei to North America.

Valued at US$2.1 billion, according to list prices, China Airlines had previously announced its intent to order up to six 777 Freighters at the Paris Air Show in June. Three of the six 777 Freighter orders were confirmed in July and posted to Boeing’s Orders and Deliveries Website as an unidentified customer.

Boeing explains the 777 Freighter can fly long-range trans-Pacific missions in excess of 6,000 nautical miles with 20 per cent more payload than other large freighters like the 747-400F. The airplane is capable of carrying a maximum payload of 102 tons. The 777 Freighter accommodates 27 standard pallets, measuring 96 inches by 125 inches (2.5 m x 3 m) on the main deck, which Boeing states to allow for lower cargo handling costs and shorter cargo delivery times.

“Air cargo is an important part of our overall business and the introduction of these new 777 Freighters will play an integral role in our long-term growth strategy,” said China Airlines chairman Hsieh Su-Chien. “As we transition our freighter fleet to the 777Fs, this will enable us to deliver world-class services to our customers more efficiently and reliably.”

“With this order China Airlines will join an elite group of global air cargo operators operating new 777 Freighters,” said Ihssane Mounir, senior vice president of commercial sales and marketing for The Boeing Company. “With the global air freight market forecasted to double over the next 20 years, the 777 Freighter’s market-leading capabilities and economics will help China Airlines extend their network and grow their future cargo business.”

Boeing continues to explain the addition of 777 Freighters will enable the carrier to streamline maintenance and parts for its 777 fleet. The carrier uses a number of Boeing Global Services solutions to support its Boeing fleet operations, including Airplane Health Maintenance and Maintenance Performance Toolbox. On the ground and in the air, China Airline’s entire fleet uses Jeppesen FliteDeck Pro and access to digital navigation charts to optimize performance and enhance situational awareness.