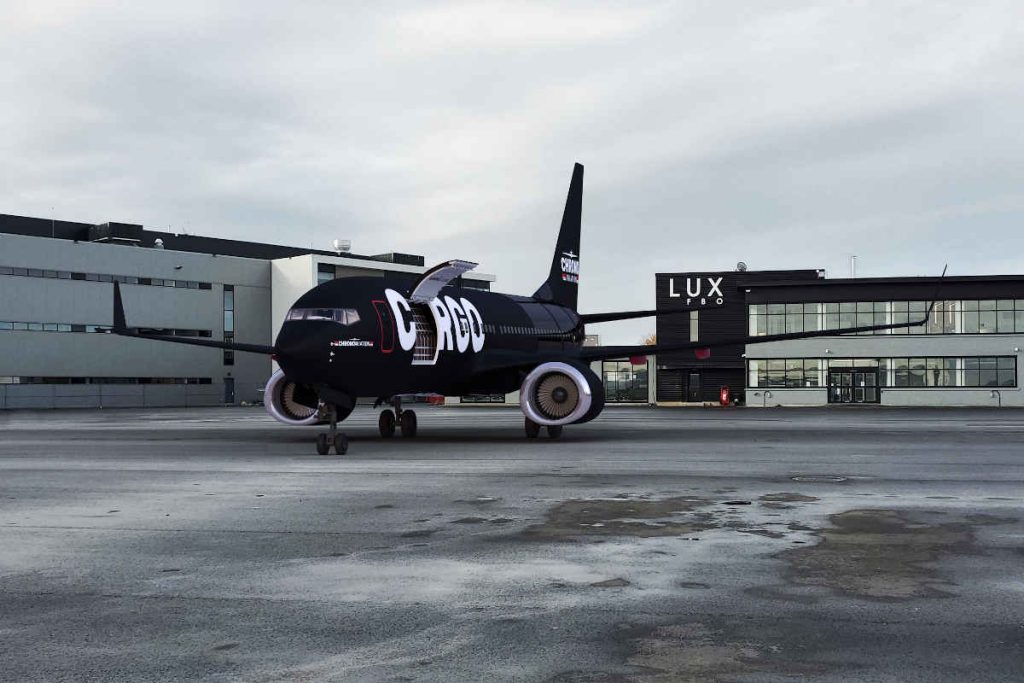 Chrono Aviation’s 737-800 SF, exclusively dedicated to cargo, will be based in Winnipeg starting from January 2022. (Photo: CNW Group, Chrono Aviation)

Chrono Aviation back in April 2021 announced its addition of a Boeing 737-800, which the Quebec based company now reveals will be used for cargo, with service starting in January 2022. Chrono explains it will be the first in Canada to offer the 737-800 SF configuration.

The aircraft will be based in Winnipeg, Manitoba, which also marks Chrono’s first presence in the province, where it will add 20 jobs. The range of the new cargo aircraft is 2,000 nautical miles and can transport up to 52,000 pounds of cargo.

“With this next-generation aircraft, we will be able to respond to a whole new market that is experiencing phenomenal growth. We are making our entrance into the international air cargo industry with the acquisition of this new Boeing cargo aircraft,” said Vincent Gagnon, President of the Chrono Aviation Group. “It is with the continued objective for innovating and conquering new markets that Chrono Aviation, one of Quebec’s largest air carriers, is once again setting itself apart by becoming the first in Canada to introduce a Boeing 737-800 SF.

“With this aircraft, we will be able to transport any cargo to about any destination, both in Canada and around the world,” continued Gagnon. “Adding the 800 SF was part of our growth strategy, but increased demand in the international market and from some of our current customers has advanced our long-term expectations.”

Founded in 2012, the Chrono Group has a fleet of 15 aircraft, including four Boeing airplanes. Based at the Quebec City and Saint-Hubert airports, where the company also operates the LUX FBO, Chrono employs 280 people.