Three hundred and seventy-five people attended the Careers in Aviation Expo on April 28 at the Jazz Aviation Hangar in Mississauga, ON, which represents the highest number of attendees for the seventh-annual event, designed to foster the future of aviation in Canada. This included dozens of secondary and post-secondary students looking to build careers in the sector. 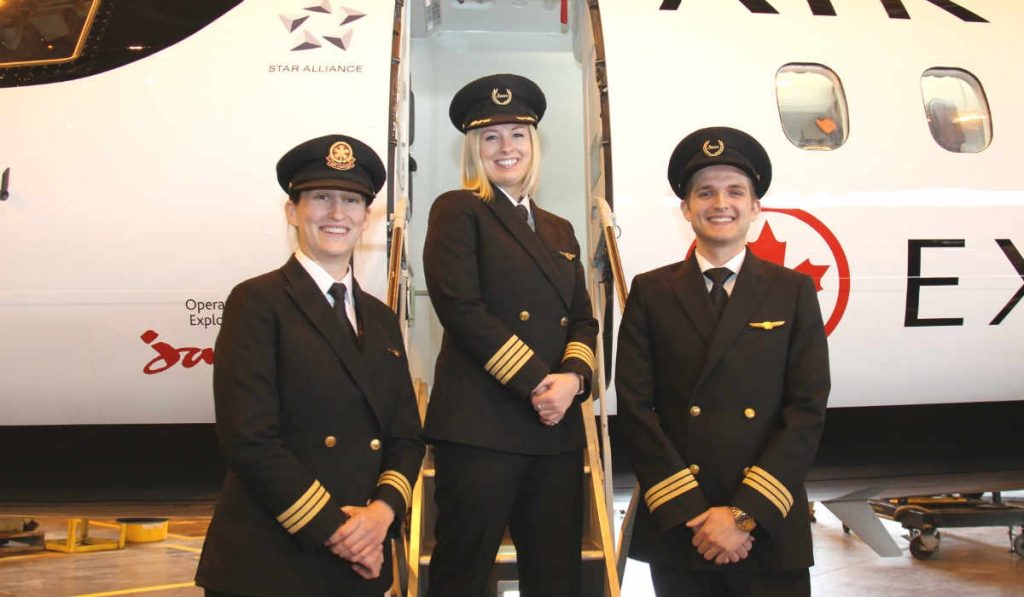 A highlight of the CIA Toronto event was the display of a Jazz Q400 aircraft, featuring a two-week old paint job that provided one of the first viewings of Air Canada’s new aircraft livery design. An Ornge PC12 aircraft was also on display for attendees to tour; and just before lunch a hangar door opened for the Greater Toronto Airport Authority to back in one of its medium-sized fire trucks – measuring 70 x 20 feet.

The day also featured six educational sessions focused on the future of the workforce in Canadian aviation, kicking off with a keynote by Steve Linthwaite, Vice-president, Flight Operations, for Jazz Aviation LP. He was joined on stage by Dwayne Swartz, base manager for Jazz at Pearson Airport, who shared insight into the daily maintenance and management at one of Canada’s busiest hangers. Jim Armstrong, Helicopter Pilot and Assistant Chief Flight Instructor with Essential Helicopters of North Bay, Ontario, then discussed the challenges and opportunities of developing a career in the rotary world.

The day’s final session featured Marissa Duchscher, a Q400 captain with Jazz Aviation discussing her life as a fixed wing pilot. After deciding to be a pilot at age 17, she spoke about her journey that started in 2010 at Seneca College’s aviation program, followed by her 2014 graduation and eventually being hired by Jazz in April 2015 . Duchsher was then joined by her colleagues Erin Grant, Air Canada 767 first officer and Jake Kelly-Cuthbert, Jazz CRJ first officer for a Q&A session.

The day was capped off by a prize draw, as Thomas Sandrin, Brand Manager, Hamilton Watches Canada, picked a name from hundreds of ballots to present a Khaki X-Wind watch.

Careers in Aviation will also take place in Edmonton on May 12 at the Aurora Jet Partners hanger at the Edmonton International Airport. To register and for more information about the event in Edmonton, visit https://www.careersinaviation.ca/