I didn’t get a drone for Christmas. Or for my birthday. 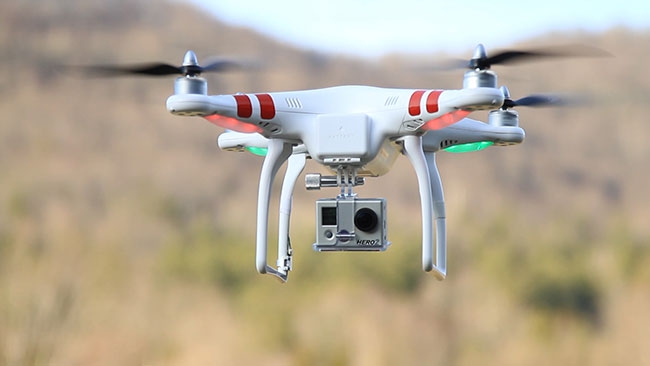 The first phase of Transport Canada’s UAV Working Group focused on drones of 25 kg and under. I didn’t get a drone for Christmas. Or for my birthday.

It seems like just about everybody and his brother-in-law has one, and they’ve all been cavorting through fields and along beaches, trying to figure out how to manipulate their new fly-by-wireless, GoPro camera-equipped quadcopters so they can post mallard’s-eye views of the church steeple at Sainte Antonine, New Brunswick or a golf course at Rossland, British Columbia to their Facebook page and websites such as www.dronestagram.am. The golf course looks nice, by the way. But I still don’t have a drone.

If I were in the United States (and I had a drone), I might be intimidated into keeping it in the box because of the new Federal Aviation Administration (FAA) regulations governing the use of unmanned aircraft in American civil airspace. Recreational model aircraft are supposed to be exempted by the FAA Modernization and Reform Act of 2012. However, an FAA interpretation implies that unspecified aviation regulations “may apply to model aircraft operations, depending on the particular circumstances of the operation.” New rules for smaller drones are in the works.

The FAA says their guidance is based on “recent incidents involving the reckless use of unmanned model aircraft near airports and involving large crowds of people.”

And that was before an inebriated U.S. “government intelligence agency” employee crashed a toy drone on the grounds of the White House, triggering a brief national security crisis.

Since 2009, the FAA says, there have been more than 200 unsafe incidents involving drones – formally known as unmanned aerial vehicles, UAVs, or unmanned aerial systems, UASs – including more than two dozen reports from pilots and air traffic controllers during recent months in which unmanned aircraft were observed in the vicinity of manned airplanes.

For example, last June, a Porter Airlines flight from Toronto reported a black-and-silver drone zipping past within 50 feet as the DHC-8 descended through the 2,800-foot mark toward Washington Dulles. A Republic Airways flight at 4,000 feet was “almost hit” by a small, brightly coloured drone on approach to New York Laguardia in September. In July, the crew of an Airbus A320 only 700 feet above the runway at London Heathrow spotted a drone buzzing alongside.

On Canada Day last July, a Piper business aircraft pilot reported a near-miss with a drone on takeoff from Qualicum Beach, B.C. It was one of 44 incidents logged by Transport Canada (TC) in 2014, a jump from only five in 2013.

Two very different processes
Unfortunately, irresponsible thrill-seeking amateur drone operators who fly their holiday or birthday presents in restricted airspace have led to highly restrictive regulations in the U.S. Though it’s not as bad as France which requires modellers to have a private pilot’s license (PPL) or be part of an authorized community-based organization.

The FAA has been doling out Certificate of Waiver or Authorization (COAs) to commercial applications at an excruciating pace: from around 1,000 applications submitted the past two years, only 24 exemptions had been granted, primarily to film/television production companies and aerial surveyors. They picked up the pace considerably this spring, issuing as many as 30 COAs in a week.

And through intense lobbying pressure, Amazon approval to test drones for package deliveries. Within five years, the FAA estimates 7,500 commercial drones will be flying in the U.S, so presumably they’ll pick up the approval pace at some point.

“The FAA put the brakes on this whole thing a few years ago when they realized it was going to take a foothold without any regulatory oversight mechanisms,” Eric Edwards told Wings. Edwards is the president of Xiphos Technologies, based in Montreal. “You can see what’s happening now. It’s bursting at the seams, and obviously there are people going out and doing things that are not terribly smart and not terribly legal.”

“It’s quite a different environment in Canada,” Edwards says. He chaired Transport Canada’s UAV working group, which made recommendations to TC that were migrated into the first set of new regulations, issued in November 2014.

Since 2008, it’s been legal in Canada to fly a commercial UAV. “There has been a formal mechanism for doing this,” explains Edwards. The mechanism is a special flight operations certificate (SFOC).

“What you’re essentially doing is making an application to TC that says, ‘Here are the qualifications of my pilots. Here’s some information about my aircraft and my system and here’s how it works, the backups and fail-safes and so on. And here’s what I’m going to be doing in terms of altitude and airspace and air traffic communications.’ Based on your successful risk management and your company’s track record, if you’ve demonstrated you can safely operate these things consistently, TC will give you a flight operations certificate that might have varying degrees of restriction.” TC, Edwards notes, “has developed a lot of experience and expertise in how to deal with these things.”

SFOC applications to TC have spiked as well. In 2011, they issued 155 certificates, in 2013 nearly 1,000. The process was bogging down. What used to take 20 days was backlogging up to six months in some regions. So TC, based on the working group recommendations, performed a risk assessment on the typical types of applications, and issued new exemptions in November:

In both new exemption situations, of course, you must meet a set of common-sense safety conditions such as keeping at least nine kilometres from airports and at least 150 metres from people, animals, buildings, structures, and vehicles; flying no higher than 90 metres above the ground; avoiding restricted airspace such as military bases and prisons, and so forth.

The SFOC application process is still required for drones more than 25 kg.

The first phase of the working group, focused on 25 kg and under UAVs, completed its work a couple of years ago. They are now nearly finished with phase two, aircraft weighing more than 25 kg, and will eventually move on to the beyond visual line-of-sight challenge. By Canadian law, the working group’s recommendations to TC are publicly available, unlike the FAA’s less-transparent closed-door approach.

Training drone pilots
In the big boy drone arena, Montreal-based simulation and training company CAE is looking to provide training for commercial operators, leveraging the programs they have been conducting for the U.S. Air Force and others who fly the MQ-1 Predator and MQ-9 Reaper Hellfire missile-dispensing drones (and which the USAF is having difficulty keeping up with staffing targets between increasing ops tempo demand but declining retentions).

Working with NASC and CAE is Newark, New Jersey-based Pentagon Performance Inc. (PPI), which has been contracted to commercialise the TigerShark for international markets. “For the basic exportable commercial variant, we’ve stripped all the Department of Defense connection to make it a standalone, non-weaponized commercial platform,” PPI president Anthony Lasure told Wings. The XP version of the TigerShark incorporates beyond-line-of-sight capability with 15-plus hour endurance, carrying up to a 125-pound payload.

Lasure is a retired USAF and Air National Guard colonel, as well as a commercial pilot, who has served as a senior advisor to the FAA Technical Centre involved with unmanned programs.

He says, “CAE is helping develop a training program for what we see will likely be the most critical FAA requirements, reading the tea leaves into the future, what the FAA’s going to want for a certified drone operator. We’re building a complete system, which includes the zero-flight-time simulator to have a commercially offered certificate. None of the other OEMs are in that business yet. We’re trying to position ourselves to become the de facto standard.”

The new CAE ground control station was expected to debut in May at the Association for Unmanned Vehicle Systems International (AUVSI) conference in Atlanta, Georgia.

By the summer, even I might have a drone. Or maybe a Rapere, a prototype “drone-hunting drone” which is fast and agile so it can intercept and bring down poorly piloted unmanned aircraft. The FAA would probably like that. As might my commercial pilot friends.