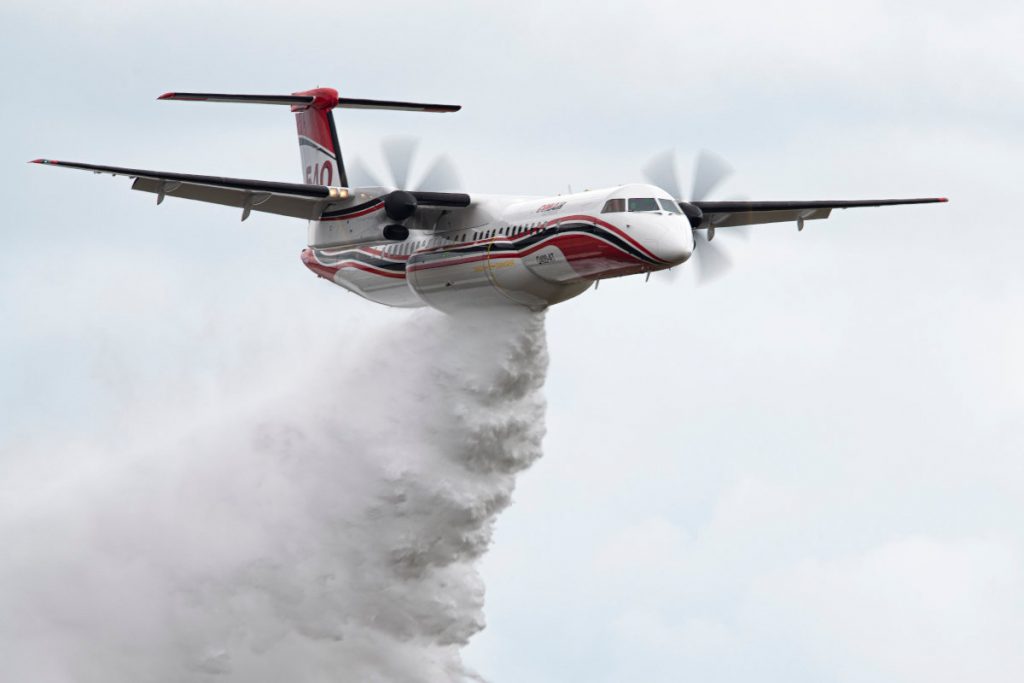 Over its 50-plus year history, Conair has modified more than 175 individual aircraft across 15 types for conversion to aerial firefighting.

The 11 Q400 aircraft were purchased from HEH Hamburger EmissionsHaus, through Skyworld Aviation. The aircraft, originally Flybe commuter planes, are based in Europe and will be delivered to Conair starting this month.

Conair explains, that after more than a decade of research and development, the Q400AT is its primary focus for future aerial firefighting platforms. The purchase of 11 Dash 8 Q400s marks the most-significant investment it has ever made towards developing a fleet of Next Generation aircraft, explains Conair.

“We evaluated 29 aircraft before selecting the Q400 for modification into an aerial firefighting tool. The unanimous opinion of our flight operations experts was that the Q400 exceeds all the Next Generation performance criteria within a maneuverable and stable platform,” said Jeff Berry, Director of Business Development, Conair.

Berry continues to describe the Q400AT as fast, fuel efficient, and tactically flexible, operating both initial attack as well as sustained support actions. He also points to the fact that the Q400 is still in production with strong Original Equipment Manufacturer support from De Havilland Aircraft of Canada.

“De Havilland Canada’s versatile Dash 8 Series aircraft continue to be an ideal platform for special mission operations such as aerial firefighting, search and rescue and medical evacuation,” said Philippe Poutissou, Vice President Marketing and Sales, De Havilland Canada, “and we congratulate Conair on the excellent work they are doing supporting diverse communities with their Dash 8 multi-role and airtanker aircraft.” 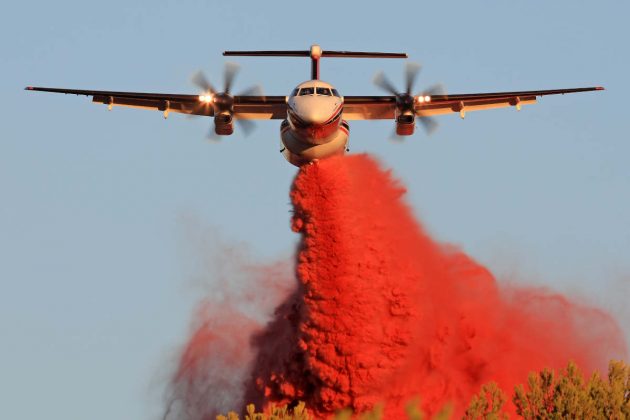 Engineers at Conair designed the Q400AT tank to deliver a 10,000-litre payload at any Interagency Airtanker Board coverage level. (Photo: Alexandre Dubath, Conair)

Conair explains it has been modifying the Q400 into airtankers since 2005, which has amounted to more than 8,000 hours of flight time with a fleet availability for dispatch rate of 98.5 per cent.

The Conair Q400MR multi-role and Q400AT airtanker are similar in design, explains Conair, with both featuring an external 10,000-litre tank. Four Q400MR aircraft are in operation in France, with four more on order, and the company’s first Q400AT airtanker was placed in operation in Queensland, Australia in September of 2020. In total, the company has purchased six new and 13 used Q400 aircraft within the last two years.

“It makes us proud that this Canadian-made, De Havilland Canada airframe, powered with Canadian-made Pratt & Whitney engines, will be modified by our team in Canada, and then put into operation around the world to help our partners suppress wildfires for what could be decades,” said Barry Marsden, CEO, Conair.