“For over 25 years, we have been waiting for our international airport to be connected to downtown Montréal by an efficient rail link.” 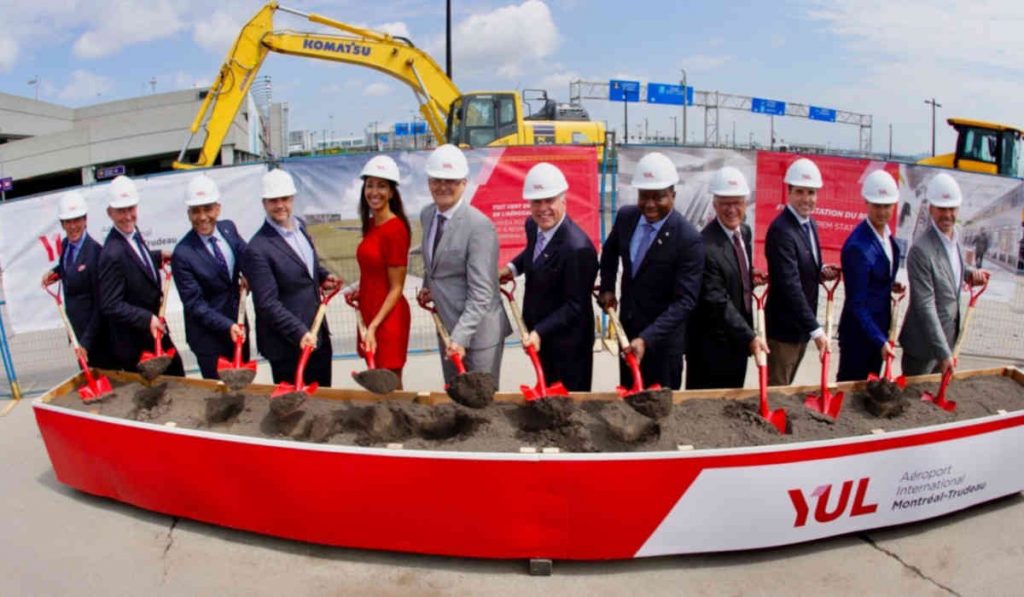 ADM Aéroports de Montréal on July 19 held a ground-breaking ceremony to launch construction of the future Réseau express métropolitain (REM) station at YUL Montréal-Trudeau International Airport. The first REM metro car is expected to enter the station in 2023 when construction is complete.

The construction of the REM station, which will transport users from downtown to the airport in around 20 minutes, is part of the much larger cityside development program. This includes rebuilding the multi-level parking complex and the drop-off/pick-up zones at YUL, which are at full capacity. The YUL drop-off/pick-up zones will have its capacity tripled under the project.

A new space, YULtransit, will also be built underground where modes of public transport will converge. Excavation to build the station will be at a depth of 35 metres under the multi-level parking complex.

“For over 25 years, we have been waiting for our international airport to be connected to downtown Montréal by an efficient rail link,” said Philippe Rainville, president and CEO of Aéroports de Montréal. “This structuring project is the first step in an ambitious redevelopment of our access infrastructures that will enable us not only to respond adequately to the growth of passenger traffic at YUL, but also to improve the inter-modality of the airport site to make it more accessible for the benefit of travellers, as well as to put an end road congestion challenges.”

This program is one of the largest private infrastructure projects in Québec representing an investment of more than $2.5 billion from ADM Aéroports de Montréal (ADM). The REM station itself is described as a $250 million investment, including the installation of technical equipment such as platform screen doors, rails, electric power supply, and communications and control systems.

ADM has awarded the project management contract to a consortium composed of firms with specialized expertise, including Pomerleau, SNC-Lavalin and Kiewit (PSK Construction).