News Airlines
Crawling out from under

How Canadian airports big and small are developing under the pandemic 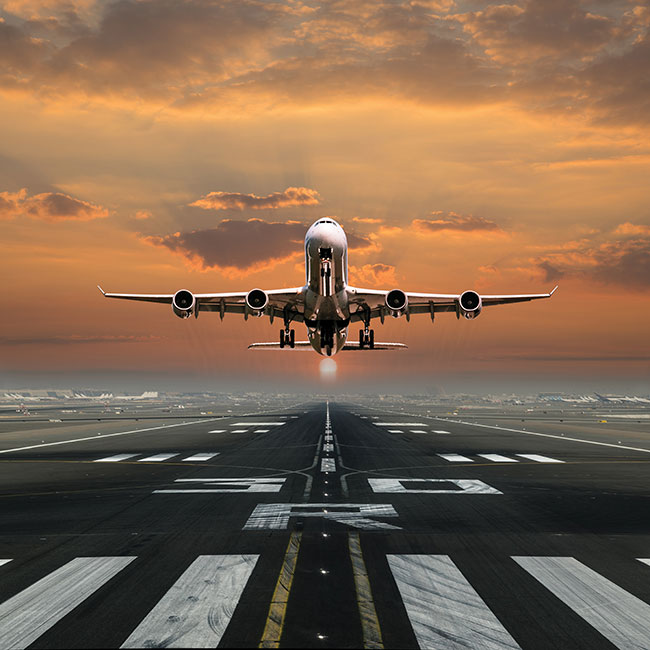 Canadian air transport is showing signs of life, especially domestic and transborder. The rebound is stronger in the U.S. where airlines reported leisure travellers bouncing back to pre-Covid levels over the July 4 holiday. Still, predicting a more sustainable return remains a moving target with 2024 now the ‘best guess’ to when the sector will fully recover. For cash-strapped Canadian airports, that will be a long climb.

Canada’s airports, especially busier National Airport System (NAS) facilities such as Toronto Pearson, Calgary and Moncton have had a rougher ride than counterparts elsewhere, including government-owned airports subsidized internally and countries like Australia that provided early support for its battered airline industry. Passenger traffic at Calgary International Airport plunged to 1996 levels. “Airports are hurting in all parts of the world, but Canada really has had the worst of all worlds,” Daniel Gooch, president of the Canadian Airports Council (CAC) told Wings this in the spring. “In markets where the airport has not received funds but the airline has, you didn’t see the withdrawal of service that Canadian airports saw.”

This situation was mitigated somewhat with new aviation-specific federal funding that began to roll out in spring 2021. Funding programs include the new Regional Air Transport Initiative (RATI) a $206-million program that provides support over two years to eligible regional businesses and airports that directly contribute to regional air transportation. Seven regional airports in the prairies recently shared in $4 million in RATI funding.

“While these programs have been very helpful, they were introduced much later than support programs in other jurisdictions, so Canadian airports continued to operate with limited revenue and increased debt long after their international counterparts.  Moreover, we do not know if this funding will be extended, despite the ongoing impacts of the third and fourth waves,” Gooch said.

To-date, airports in the U.S. have shared in over US$20 billion in government pandemic assistance, plus early support for the airline industry. Even with the recent rebound, the Federal Aviation Administration just approved US$8 billion under the Airport Rescue Grants program as part of the US$1.9 trillion stimulus package passed by congress in March. Airports are using the money to cover operating costs, service debt, introduce new Covid measures and support hard-hit concessions.

“Despite some positive signs and news, Covid-19 remains an existential crisis for airports, airlines and their commercial partners. The aviation industry needs support and practical policy decisions from governments,” the Montreal-based Airports Council International (ACI), a global industry trade association said in a statement.

Canada was fast out of the starting blocks in 2020, granting the country’s NAS airports a 12-month rent waiver worth $137 million. All tolled, Ottawa has announced a $1.7 billion basket of supports to airports, including the Canada Emergency Wage Subsidy (valued at approximately $140 million for 2020), money for Covid testing and capital investment for infrastructure, much of which represents deferred rent payments or infrastructure funding requiring matching contributions.

For smaller NAS airports, rent has been waived for 2021 while the four busiest airports that pay about 90 per cent of freight have only seen rent deferred. But the vast majority of Canadian airports don’t pay rent and the smaller airports that do paid only about $15 million in 2019. Also, federal money for infrastructure is a matching grant program with even the smallest airports already struggling financially expected to cover half the cost.

“Infrastructure funding has been very helpful for many commercial airports, but some of the smallest airports have already used up their cash.  Handing someone who doesn’t have any money a 50 per cent off coupon is not all that helpful,” Gooch said. “The result could be smaller community airports deferring important projects like runway maintenance for a couple of years at the same time that traffic is returning.” 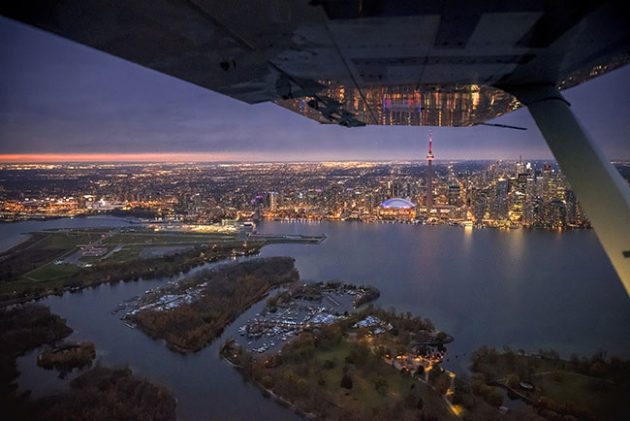 A night view of Billy Bishop Toronto City Airport, which saw commercial traffic return in the fall of 2021.
PHOTO: PortsToronto

The CAC estimates that Canadian airports will have taken a $5.5 billion hit in lost revenue over the two years since Covid brought air transport to a halt, and will have racked up an additional $2.8 billion in debt. Stacked against those numbers, Ottawa’s basket of supports looks more like a drop in the bucket, especially when factoring in the biggest piece, the Airport Critical Infrastructure Program (ACIP) is spread over five years.

To further ease the burden, Gooch recommends the federal government do more of what it has been doing, with a moratorium rather than deferral on ground lease rents until NAS airports have recovered, more options for interest free loans and greater operational support such as the Airport Relief Fund (ARF) for airports whose revenues for 2019 were less than $250 million.

Canada’s NAS airport authorities are ‘non-share’ corporations that operate the asset on the government’s behalf. When times are good, revenue from ground leases pours into government coffers. In 2021, as these same airports struggle under Covid restrictions and a 90 per cent drop in traffic, it is a bit rich that the government would add to the debt burden by only deferring its cut. “This isn’t going to be the only year that’s tough,” Gooch pointed out. “Airports need to keep that money. If traffic and revenue remain down, that could be worth $90 to $100 million for airports.”

The biggest bucket in Ottawa’s airport support package is the Airport Critical Infrastructure Program (ACIP), a $490 million investment over five years to help NAS airports with infrastructure improvements related to safety, security and ground connectivity. Just over 20 per cent of the ACIP is already earmarked for a new Réseau express métropolitan (REM) light rail underground station at Montréal Trudeau, part of a $600 million project that includes a $300 million loan from the Canada Infrastructure Bank. Canada lags behind other developed economies in plugging airports into a broader public transport grid so REM puts ACIP on the right track. The size of the project also illustrates that the fund will run out of money long before airports’ critical infrastructure wish list does.

Covid has pressed the pause button on major infrastructure projects such as Vancouver’s CORE program, including an estimated $350 million environmentally-friendly Geoexchange system that was expected to cut carbon dioxide emissions from passenger terminal heating and cooling by up to 35 per cent from 2012 levels.

As the Covid crisis eases and markets rebound, Canadian airports will have to navigate a course of billions of dollars in environmental and social sustainability projects, many that will be government-mandated, while anchored to the financial devastation left by the pandemic. Where will the money come from? Prior to Covid, airports had a solid business model based on landing and terminal fees and non-aeronautical revenue streams such as retail and parking concessions, and the golden goose of all; airport improvement fees.

“The only way airports can raise funds right now is to borrow,” Gooch said. “Airports have traditionally had access to fairly good terms. But borrowing is now the problem. All that added debt and interest has to be repaid and the only way is to recoup that is in rates, charges and fees.”

In the U.S., airports are expected to share in President Joe Biden’s massive US$1 trillion infrastructure bill intended to modernize and upgrade roads, bridges and other key assets. American airports faced a US$115 billion backlog in necessary infrastructure upgrades before Covid hit. “We’re trying to build 21st-century airports. But we have 20th-century airports that are, on average, more than 40 years old,” Kevin Burke, ACI North America’s chief executive told NBC News.

Canada’s airport infrastructure is not in a similar fix, but there is also no equivalent of the U.S. infrastructure spending bill on the horizon to help airports crawl out from under the Covid rock and modernize in a post-pandemic world, where responding to climate change will be at the top of air transport’s agenda. There is also concern over the next crisis and when it will happen. In a world where ‘once-in-a-century’ storms are now once-in-a-decade or less it is not unreasonable to assume that years the timeline between major pandemics will also shrink.

“Resiliency is critical,” Gooch said. “Airports have taken on all this debt. What happens if there is another crisis in five years or another pandemic in 10? They won’t have recovered yet.”

Without added rent relief, a boost to the ACIP infrastructure fund and ARF for smaller airports, operators are going to have to rely on the revenue tools available, including raising user charges and non-aeronautical revenue streams such as the airport improvement fee. Some of the smaller local airports may have to shut down altogether. Several NAS airports have already hiked fees, but there is a limit. And as the Covid-19 bills pour in, the federal government is going to have less money to enrich programs like the ACIP and ARF, especially when weighing a commercial and quasi-commercial sector like transport against other spending priorities such as health care, Canada’s dysfunctional long-term care sector and child care. Forcing the government and airport authorities to confront the controversial issue of private equity stakes, or privatization. on the government and airport authorities.

Australia privatized the last of its airports in 2003, only the third country to do so. In July, Sydney Airport Holdings, the operator of Australia’s busiest airport rejected a US$16.6 billion take over offer, describing the bid as “opportunistic” and not reflecting the airport’s “true value”, even during a pandemic. Which offers a peek into the value of the portfolio of “non-share” airport corporations that the cash-strapped federal government is sitting on.

“When we get to the other side of Covid, we are going to have some very good conversations with government about how we address high debt loads, the situations some airports find themselves in and how we strengthen airports for the long-term,” Gooch said. “Those conversations will need to be smart ones. Some of the commentary about privatization in the past has been superficial and about the private sector doing things better. It is more complex than that.” | W