News
Creating behind the lens

By the time an Air Canada passenger steps onboard a new aircraft or grabs a cup of coffee in a refurbished lounge, or settles into a redesigned seat, it is already “old hat” for Brian Losito, Air Canada’s “photographer-in-residence.” Losito has been chronicling the business of running Canada’s largest airline and one of the world’s premier commercial aviation brands for more than 28 years, dating back to early Boeing 747 classics and the Lockheed L1011. 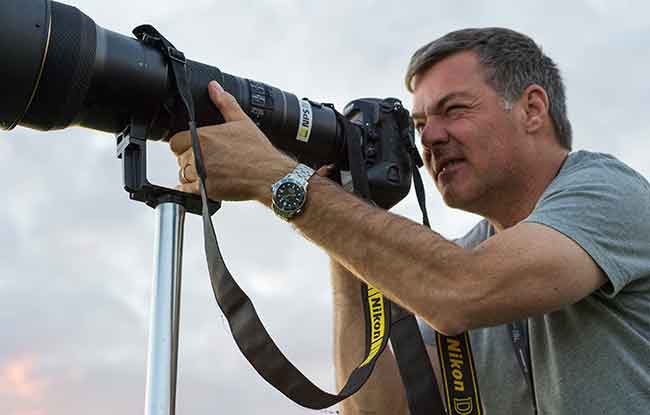 Airplanes are just one piece of a much bigger picture, and held little interest for Losito when he was first hired by the company in 1987 to support his predecessor behind the lens. “I didn’t get out much in those days,” he laughs. “I was stuck in a darkroom or stuck in the terminal. Some days in the winter, I wouldn’t see daylight.” That changed about 25 years ago when Air Canada’s previous photographer retired and Losito began running his own show.

The job has expanded a bit since then. Losito acts as consultant when collectible manufacturers like Geminijets and Herpa issue a new scale diecast model of a current or vintage Air Canada airplane, and has up until recently acted as the curator for more than 800,000 slides and negatives dating back to 1937 and the launch of Trans Canada Air Lines passenger services. Modellers rely on manufacturer’s blueprints and Pantone colour charts (a standardized colour reproduction system that assigns numbers to various shades). Losito is the last word on specifications. “I have become quite the aficionado of aircraft. The marketing department comes to me with miniature models to make sure they are to spec with the actual aircraft.” He is also working on digitalizing the company’s image library to eventually post online.

But the real action is still behind the camera. Losito estimates that he is on an aircraft out of Montreal where he is based two to three times a week; mostly to Toronto, but also to destinations where the company may have upgraded a business class lounge, in order to capture a landmark event or fill in gaps in the photo library. “We’d like to have photographs of all our pilots,” he notes. “We aren’t quite
there yet.”

Perhaps aircraft exteriors are only a portion of Losito’s company portfolio, sometimes crowded out by marketing images of inflight meals, seats (and close ups of seatbelts), staff assisting customers and the like, but the airplane is largely the public face of his work. And photographing airliners has evolved over the years. “Certain shots do get stale,” he says. Technology is also allowing aviation photographers to do so much more. “Ten years ago you would only get the side view of an aircraft. You could barely get a shot from the front only. We chartered a Learjet 25 for the day and joined the Boeing 787-8 in the sky at about 12,500 feet over northern Washington State. While the pilots of both aircraft were in constant communication with each other, I was able to direct the Learjet to whatever position I needed to capture the perfect shot,” Losito says.

In a nod to a competitors’ camera work, Losito points to a recent dramatic video of a Delta Airlines Airbus A330 taking off from a runway in Mojave Desert, Calif. Thirty-five cameras, nine months of planning and one camera-rigged Porsche driving at 258 kilometres an hour, just .06 kilometres below the airplane to capture spectacular images of the belly-logo livery just as the A330 takes off. “As the aircraft lifts, you see that the remote control camera mounts up and takes pictures and video. That is how technology is changing what we do,” Losito adds. It’s also putting new demands on photographers. “I’m always thinking about different angles, doing things differently when taking pictures of airplanes – people and interiors.”

Still there will always be a call for the old standbys such as the air-to-air shot of an airliner crossing the coast, one-dipped wing piercing the shoreline.

Not surprisingly, Losito’s favourite airliner to photograph is the elegant Boeing 787, although he is already lending thought to what he wants to do in late 2017 when the first two of 61 Boeing 737 MAX join the fleet. Previous favourites included the older model Boeing 747-200 and Lockheed Tristar..

Photo shoots of company executives pose their own unique challenges. Executives understandably have a tendency to squeeze portrait sessions into last minute short windows in their busy schedules. “It is always tough to do portraits,” he says. “Executives are difficult to pin down. They can give me 15 minutes, and I’m no Karsh.” Yousuf Karsh, the legendary Ottawa-based photographer who was given a short amount of time to take a picture of Winston Churchill, created one of the most iconic pictures of the wartime leader by reaching over and pulling the cigar from his mouth after the petulant former prime minister had first refused. Losito says that chief executive Calin Rovinescu is easy to work with, and that clearly shows in the quality of photographs, some of which have appeared in the pages of Wings.

If executives’ time can be difficult to schedule, airplanes can be even more so. A moving aircraft will always be difficult to film, but a still airplane can be just as tricky and time can be as big a factor. “There is a lot of work in filming an aircraft, because you need it for one or two days and they are very expensive when they sit on the ground,” Losito notes. It is also tough to completely light something as large as an idle Boeing 777. “A flash won’t cover the aircraft. I am using a super bright flashlight and just painting the airplane.” The flash is also great for night shots, one of the photographer’s personal favourite settings.

Another obstacle can be weather, which is why the photo shoot is often booked over two days. “There is a lot of planning in advance, and you don’t know what the weather will be,” Losito says. On a recent shoot in Vancouver the aircraft had to be flown down to Seattle because of bad weather on the British Columbia coast. “In aviation photography, you are always chasing good weather,” Losito adds.