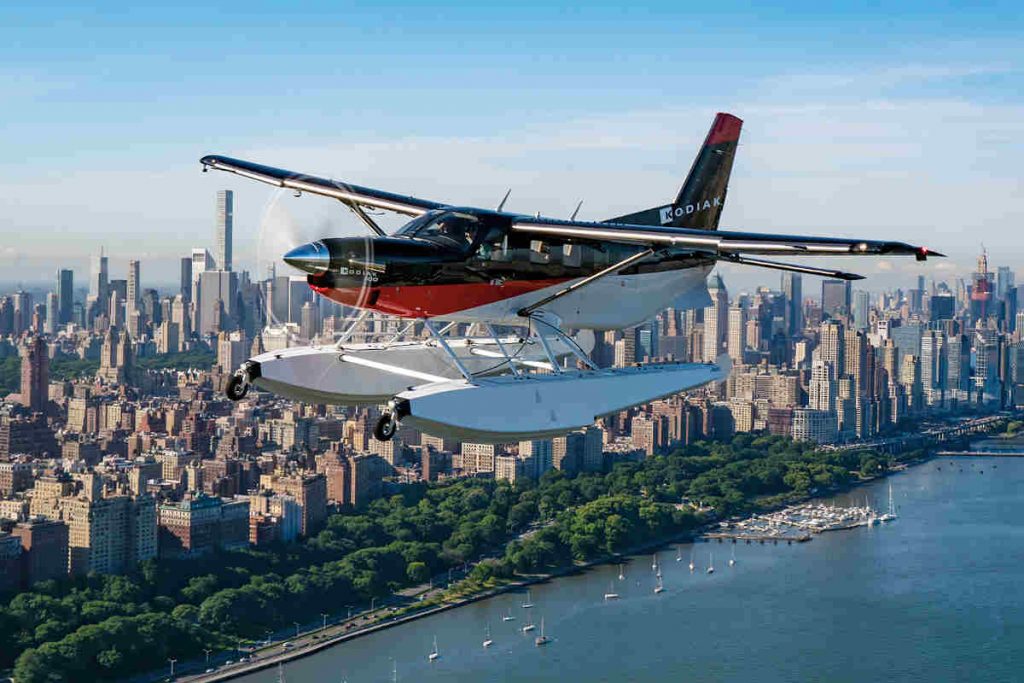 Daher on March 29 unveiled the Kodiak 100 Series III version of this turboprop-powered sport and utility aircraft. The company states it incorporates enhancements and standard features for improved flight safety, greater cabin comfort, augmented operational capabilities from both unimproved strips and on water with floats, as well as upgraded quality and more comprehensive maintenance coverage.

The launch of this enhanced version was made official with the delivery of the first Kodiak 100 Series III to Rick and Adam Ross in Sandpoint, Idaho, which will be followed later this week by a second aircraft’s handover to another owner/operator.

“With these latest upgrades and quality improvements, the most modern, rugged, and reliable aircraft in its class is now even better with the Kodiak 100 Series III,” said Nicolas Chabbert, Senior Vice President of Daher’s Aircraft Division and CEO of Kodiak Aircraft. “This latest version underscores Daher’s commitment to continual improvement for its airplane family, and further aligns the Kodiak’s attributes with those of our TBM very fast turboprop aircraft.”

Chabbert added that, after Daher’s 2019 acquisition of the Kodiak product line and production facilities at Sandpoint, the company has applied its resources in stepping up this all-terrain aircraft’s capabilities and reinforcing the worldwide services network.

Offered on Series III aircraft is the eight-seat Executive Edition cabin with club-type seating for passengers, air conditioning with controls for both the cockpit and cabin zones, as well as an increased oxygen capacity. Enhanced quality exterior paint is an option, provided with an extended three-year warranty.

Among the Kodiak 100 Series III’s upgrades for improved flight safety and enhanced situational awareness is the first integration of Garmin’s GWX 75 Doppler-capable, fully stabilized colour weather radar on a Kodiak. The company explains the radar’s high-definition colour palette enables more detailed contouring of storm cells, which is combined with its strong range and adjustable scanning profiles.

Daher explains the Kodiak’s versatility is further improved with incorporation of the largest tire size available for this aircraft (29 inches), a higher landing weight of 7,255 pounds, and a lower zero-fuel weight that allows more payload, especially on shorter missions.

All Kodiak 100 Series III aircraft are float-ready for seaplane operations, explains the company, and the standard pitch latch propeller allows for easy maneuvering at the dock by enabling the propeller to stay in a fine pitch during engine shutdown – giving greater control and safety on the water. Additionally, skin gap fillet sealant is the fifth step in Kodiak’s anti-corrosion process.

Completing the standard package for Kodiak 100 Series III aircraft is the four-year Kodiak Care maintenance program, which covers scheduled maintenance up to the fourth annual inspection or a total flight time of 1,000 hours, whichever comes first. Also included is Pratt & Whitney Canada’s Gold-level ESP Maintenance Program for the PT6A-34 turboprop engine, along with one year of CAMP Systems maintenance tracking and a year’s subscription for Garmin’s NavData electronic database.