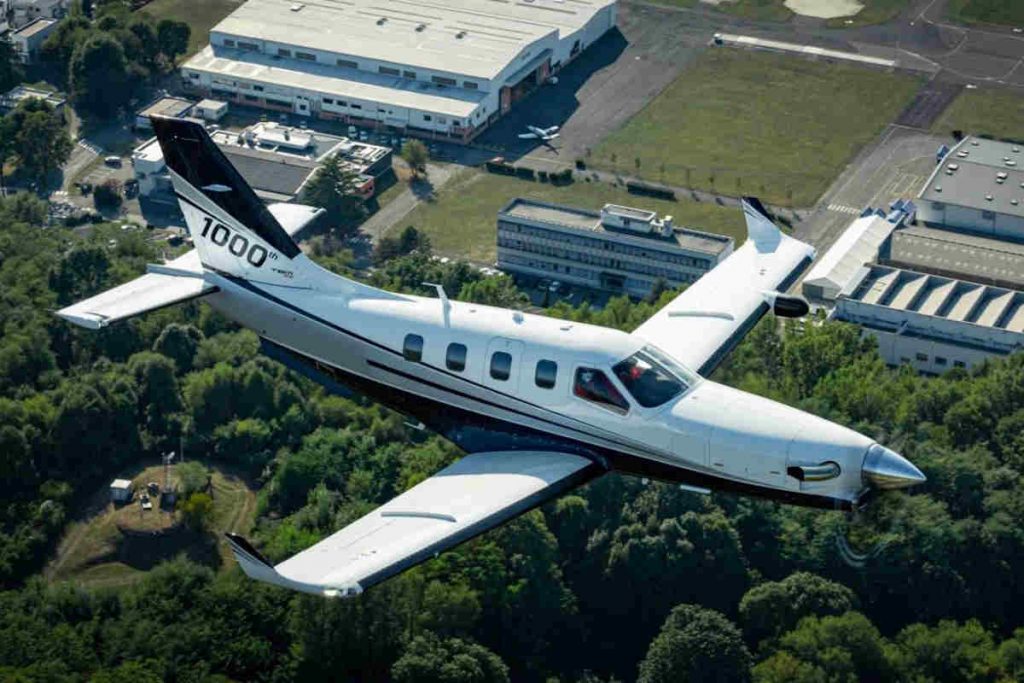 Daher on September 21 in France rolled out its 1,000th TBM turboprop, a TBM 940, destined for a private pilot in New York. Handover of the aircraft is to take place shortly at Daher’s Pompano Beach, Florida facility.

“Our profession as an aircraft manufacturer is part of our family’s business model, which builds on a long-term strategy,” said Patrick Daher, chairman of the Daher Group. “We are proud of the TBM’s success, which has enabled us to develop a unique know-how that provides us with recognized differentiating strengths for the aeronautical equipment and services markets.”

Daher acquired the TBM product line 10 years ago. Development of the aircraft began in the 1980s, with the 700 model being introduced in 1990, unique in its positioning as a pressurized, single-engine, high-speed turboprop with relatively low fuel consumption and operating costs.

The TBM 900-series aircraft currently in production, including the 940 and 910 featuring different Garmin avionics packages, represent the sixth primary step for the aircraft family. Both 900-series aircraft carry six passengers and are rated for a max range of 1,730 nautical miles and max cruise speed of 330 knots, as well as a top payload of 1,400 lbs.

With the acquisition of the U.S.-based Kodiak aircraft manufacturer last year, Daher states it is now 7th worldwide in terms of aircraft manufacturing for the general aviation market. Daher notes it committed to the collaborative research programs of CORAC (the French Civil Aviation Research Council), supported by the French government through the aeronautics recovery plan presented in June. This includes continuing work on the EcoPulse hybrid aircraft demonstrator, being developed by Daher with Airbus and Safran.