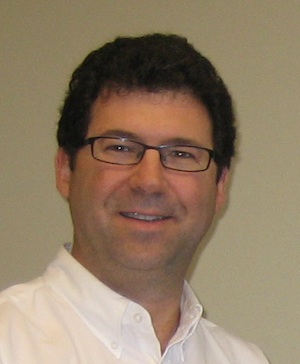 Nov. 18, 2014, Ottawa – The Aerospace Industries Association of Canada is pleased to announce the election of David C. Curtis as Chair of the Board of the Aerospace Industries Association of Canada for 2014-2015. Curtis succeeds Barry Kohler, President, Bell Helicopter Textron Canada Ltd., who occupied the post over the past year.

“I am touched by the vote of confidence from my colleagues and happy to honour this commitment,” said Curtis. “Canadian aerospace is a model of innovation in our economy, and in this globalized and ultra-competitive industry we must continue to stand apart and demonstrate value. We are truly all in this together. I look forward to working with my counterparts in government and in the industry to set the stage for our innovative companies who will capture those valuable opportunities while setting a standard that is uniquely Canadian,” added Curtis.

Jim Quick, President and CEO of AIAC, officially welcomed Curtis to his new role at AIAC’s Board Meeting on November 17. “On behalf of all of us at the AIAC, I offer our heartfelt congratulations to Curtis on his election as Chair,” Quick said. “As a long-standing member of the AIAC Board of Directors and CEO of an iconic Canadian aircraft manufacturer, Curtis brings a wealth of experience to the table. We can count on his experience to lead the way toward creating those fruitful relationships that will place Canada at the forefront of global aerospace.”

The Board also acknowledged the service and contributions of AIAC’s outgoing chair, Barry Kohler. “Kohler’s proficient handling of key issues has helped further cement Canada’s reputation as a global leading aerospace nation,” Quick said. “I would like to personally thank Barry for his leadership and dedication, and I speak from everyone at AIAC when I say that his advice was instrumental in shaping policy that will have continuing impacts for Canada’s aerospace industry.”

Curtis started his aviation career with commercial flight training in 1983 during which time he joined Viking. He holds various pilot certificates and is endorsed for all single engine land and seaplanes, including the de Havilland Beaver and Turbo Beaver. During his career at Viking he has served in various influential positions, ranging from Sales & Marketing to Vice President Operations and in 1991 was named President and Chief Executive Officer. Under David Curtis’ leadership, Viking Air grew from a relatively small maintenance and repair operation, to a multidisciplinary aerospace manufacturer with operations in both Victoria and Calgary with 2012 revenues exceeding $220 million. Viking currently employs some 600 people and in 2012 the company was named Exporter of the Year and received the Premier’s Award for Job Creation at the BC Export Awards, hosted by the Canadian Manufacturers and Exporters Association.

Over the past year, Curtis served as the Vice-Chairman of the Board of the Aerospace Industries Association of Canada.

In addition to his career achievements to date, Curtis maintains a rich and diverse personal life. He is a member of the Board of Directors of the Victoria Boys & Girls Club Foundation and co-chaired the Boys & Girls Club Foundation “Create A Ripple” Campaign, responsible for raising over $4 million to benefit Children and Family programs. In 2012, Curtis was awarded Victoria’s Business Leader of the Year. He is also part of Camosun College Foundation’s TRADEmark of Excellence Campaign, their largest capital fundraising effort to date. The Foundation is aiming to raise $5 million over the next year to support new trades equipment and facilities for the college’s new Trades and Innovation Complex.

About AIAC:
AIAC is the national association representing Canada’s aerospace manufacturing and services sector. As the world’s fifth-largest aerospace industry, Canada’s aerospace sector generates more than $27 billion, exports 80% of its output, and dedicates over 20% of its activity to research and development (R&D). Aerospace is responsible for the employment of 170,000 Canadians. AIAC represents the interests of over 700 aerospace companies across Canada.