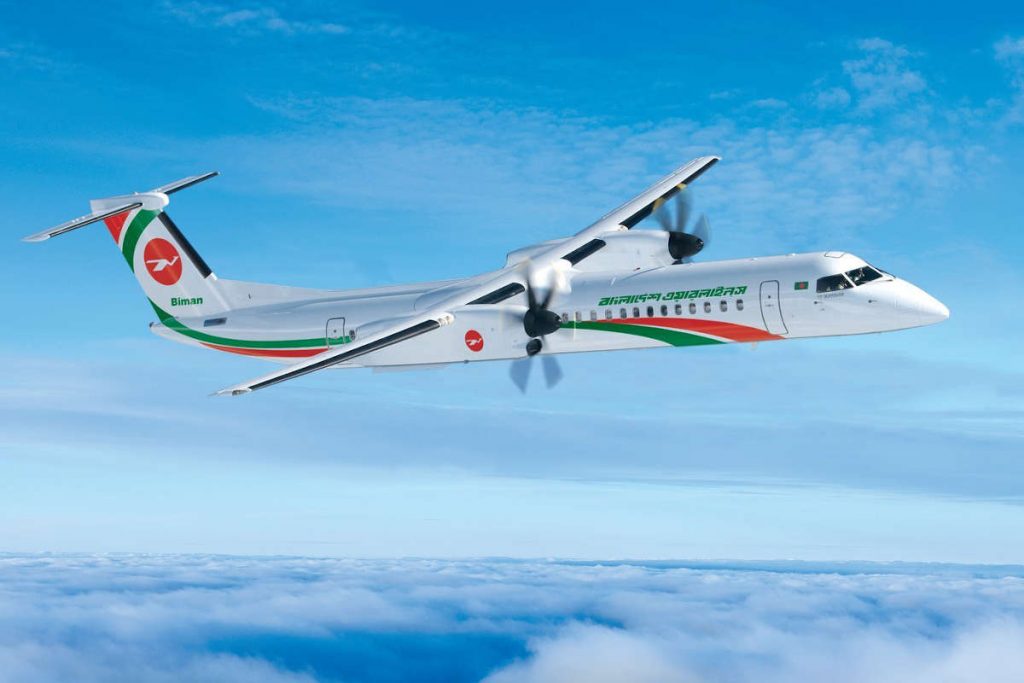 The airline’s new De Havilland aircraft, which were ordered under a purchase agreement signed in 2018 between Biman and the Canadian Commercial Corporation, will join two Dash 8-400s introduced to Biman’s fleet in 2015 and 2018.

“Our Dash 8-400 aircraft’s excellent economics and passenger environment have allowed us to offer high-frequency services within Bangladesh and neighboring countries over the last five years and we look forward to the increased operational flexibility that our new aircraft will provide for our fleet,” said Md Mokabbir Hossain, Managing Director and Chief Executive Officer, Biman.

Hossain continues to explain a combination of Dash 8-400 turboprops and narrow-body jets improves the national airline’s overall network efficiency, connectivity and system profitability. “Furthermore, during the ongoing pandemic, we have found that the role of our Dash 8-400 aircraft is even more important as we see gradual traffic recovery after the lockdown,” he said.

Hossain also points to the importance of the Dash 8-400’s cabin air system, based on High Efficiency Particulate Air (HEPA) filtration, to keep passengers and crew safe. Biman provides international passenger and cargo services to Asia and Europe, as well as all domestic routes inside Bangladesh.