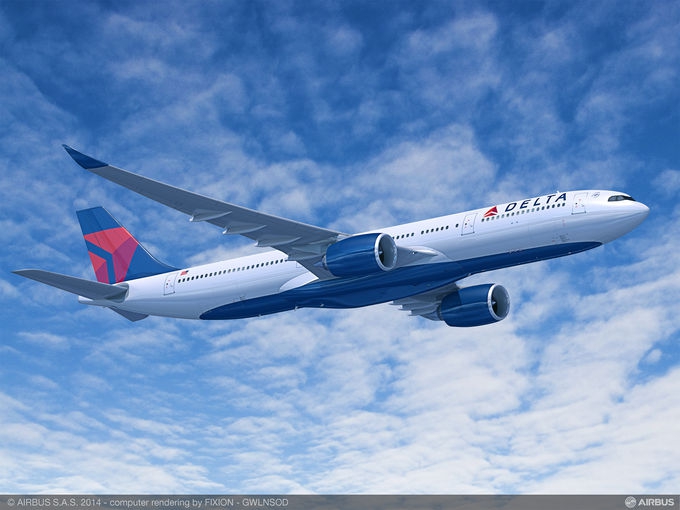 “When the most successful U.S. airline today – a company that has flown passengers around the world for more than 80 years, has 80-thousand employees and 165 million customers in a year – says ‘yes we want 50 more of your widebody planes’, you can’t debate the fact that it is a massive endorsement of your product line,” said John Leahy, Airbus’ Chief Operating Officer – Customers. “Airbus is unique in offering an optimized long-range choice in aircraft that will allow Delta to continue to modernize its fleet and customize its use with the most efficient and comfortable aircraft available.”

The A350 XWB is the latest addition to the market-leading Airbus widebody product line. Offering its customers a 25 percent reduction in fuel-burn, the all-new mid-size long-range A350 XWB Family aircraft can seat up to 369 passengers in a typical two-class layout. The A350 has a carbon fibre fuselage and wings and sets new standards in terms of passenger experience, operational efficiency and cost-effectiveness. At the end of October 2014, the A350 XWB had won 750 orders from 39 customers worldwide.

The A330 Family has now attracted more than 1,300 orders. Over 1,100 A330 Family aircraft are flying with more than 100 operators worldwide. The A330 is one of the world’s most efficient aircraft with best in class operating economics. Airbus has committed to continuously improving the program since the A330’s service entry. The company spends approximately 150 million euros each year on enhancements and incremental improvements for the A330 jetliner family. The newest evolution is Airbus’ A330neo, which builds on the A330’s proven economics, versatility and reliability while reducing fuel consumption by a further 14 percent per seat. Comprised of two versions – the A330-800neo and the A330-900neo – this aircraft incorporates latest-generation Rolls-Royce Trent 7000 engines with 112-inch diameter fan for a 10:1 bypass ratio, more seats and new cabin features.