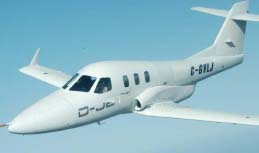 Feb. 19, 2008, London, Ont. – Diamond Aircraft received a $19.6 million strategic, repayable investment from the Government of Canada for research and development (R&D) of its D-JET, personal light jet. The company announced it will manufacture the innovative, new all-composite, five-seat aircraft at its facility in London, Ontario, where the D-JET R&D program is based.

The Honourable Jim Prentice, Minister of Industry for the Government of Canada, announced the investment during a briefing at Diamond Aircraft’s London facility.

The Canadian government’s investment project will be funded from the new
Strategic Aerospace Defence Initiative (SADI).  SADI supports strategic
industrial research and pre-competitive development (R&D) projects in the
aerospace, defence, space and security (A&D) industries.  SADI is managed by
the Industrial Technologies Office, a special operating agency of Industry
Canada with a mandate to advance leading-edge R&D by Canadian aerospace and
defence industries.

“This investment will play a vital role in enabling our company to complete
the final development, flight testing and certification of the D-JET, and to
complete our transition to production,” said Peter Maurer, president of
Diamond Aircraft Industries. “There is already tremendous demand for this
new aircraft and we are excited about the opportunity to grow our already
proven, world-class team and operation here in southwestern Ontario to
deliver D-JET to our customers worldwide.”

The Diamond D-JET is poised to be the most attainable personal light jet –
offering a very comfortable and stylish design; affordable single-engine,
fuel efficient operation; and the safety and reliability of the latest glass
panel avionics, engine and aeronautical technology.  The $95.2 million D-JET
R&D program began in 2003.