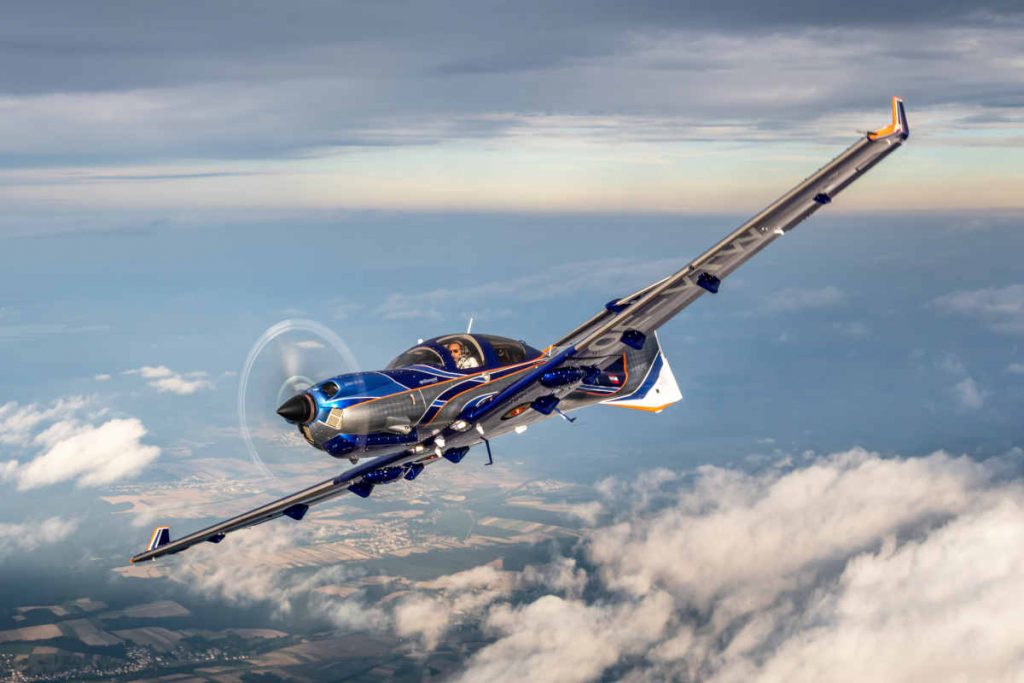 The new DA50 RG weighs just over 1,200 pounds and is rated for a fuel consumption of only 34.1 litres per hour at maximum range. (Photo: Diamond Aircraft)

Diamond Aircraft on September 9 received certification from the European Union Aviation Safety Agency for its DA50 RG single-engine piston aircraft with retractable gear, with deliveries expected to begin in the first quarter of 2021. U.S. certification through the FAA is expected by the end of 2021.

The aircraft maker, based in Austria with facilities in London, Ontario, and China, explains the DA50 RG is well suited for single engine pilots looking for more seats and utility, as well as charter operators and corporate flight departments wanting to complement larger aircraft with a low-cost alternative for shorter trips.

“With the DA50 RG we are introducing an innovative 21st-century retract single that we are convinced the market is missing,” said Liqunm (Frank) Zhang, CEO at Diamond Aircraft Austria.

With its all carbon composite airframe, the jet-fuel burning DA50 RG weighs just over 1,200 pounds and is rated for a fuel consumption of only 34.1 litres per hour (or nine U.S. gallons) at maximum range – 750 nautical miles. It is rated for a maximum speed of 181 knots and 20,000-foot ceiling.

“First customer feedback has shown that the innovative package is going to meet the needs of almost any private pilot’s flight mission in an unrivaled way,” said Reinhard Schwaiger, team leader civil aircraft sales, Diamond Aircraft Austria. “The traveling experience aboard the DA50 RG impressively stands out in terms of space, convenience, luxury and aerodynamic efficiency due to the retractable gear.”