News
FWSAR procurement going down to the wire

As the derby for the Fixed Wing SAR (FWSAR) RFP is about to enter the home stretch, the action is heating up as the two front-runners are keeping their names in the news while avoiding the shadow cast by a potential last minute dark horse entry. 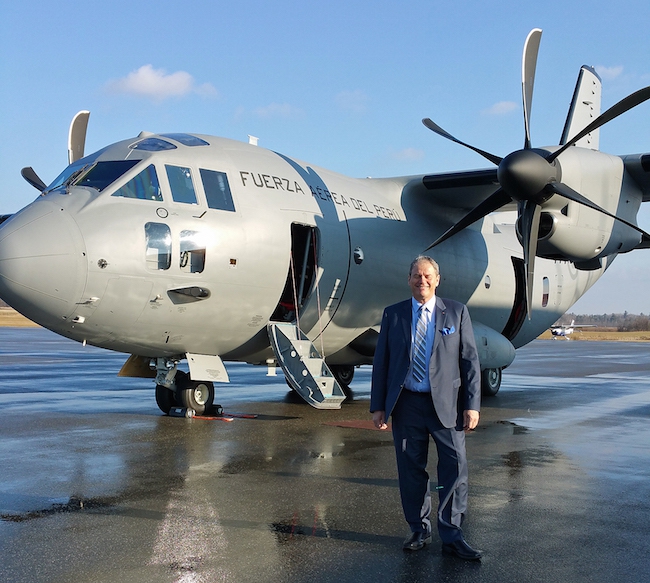 It took a long time to get to the starting gate and now, after a few laps around the track, the front runners appear to be the Airbus C-295 and Alenia’s C27J Spartan aircraft and their respective support teams. And with the other challengers having faded from view, Embraer jumped into the news this week with the assertion that their new KD-390 transport is on the track and closing fast.

A minority Conservative government attempted to sole-source the replacement for the CC-115 Buffalo with the Spartan, but that move became a political hot potato. Since then, the FWSAR Replacement Project has been treated like a piñata at a children’s birthday party. Thrown open, the competition attracted manufacturers from around the world, or what is left of the world in today’s shrinking pool of manufacturers. Airbus and Alenia have been in the quest for the long haul and both have built impressive alliances within the Canadian aerospace community to provide the now-required level of Canadian content.

On December 11, Alenia presented its C-27j Spartan to the media for a quick peek at Gatineau-Ottawa Executive Airport. This aircraft was on its delivery flight from the factory in Italy to Peru, where it will fly a range of missions for the Peruvian Air Force. Flown by Alenia pilots, the stopover was made possible with the cooperation of the Italian and Peruvian embassies.

At the same time, Airbus released a backgrounder highlighting the performance of a C-295W of the Mexican Navy, while operating under diverse weather and geography throughout South America and ultimately into Antarctica. The aircraft had operated from airstrips in Bolivia at altitudes above 4,000 metres in extreme temperatures, proving its ability to fly “high and hot.”

Lockheed Martin was seen as contender at some point as well, with its C-130J as a replacement for both the CC-115 Buffalo and the C-130H currently used by the RCAF in SAR – or as a partner with Viking Aviation, based on Viking being able to generate sufficient interest in the Buffalo NG project. With Viking not having found that support, Lockheed has so far declined comment on whether it will be going it alone in FWSAR. Boeing’s V-22 Osprey was touted as a candidate at one time as well. While the innovative tilt-rotor machines attracted a lot of attention, they no longer appear to be a serious contender.

Embraer has allowed that it is “mulling” entering a bid with its new KC-390. The KC-390 first flew in early 2015 and certification has been delayed until 2017, with the first aircraft expected to enter service with the Brazilian Air Force the following year. The Airbus and Alenia aircraft are both proven aircraft, in service with governments around the world in a wide range of roles for more than a decade.

Speculation will end on January 11, 2016 when the waiting ends and the real competition begins as the bell sounds to signal one last lap before the finish line. As challenging as it may be for those still in the race, the real challenge will be to the new government to get on with this long overdue project and see that the final lap of this long race is conducted in a manner that makes sense to everyone involved. The most important consideration will be to those that will have to fly the aircraft and their clients for the next 20 to 30 years.