Embraer Executives Jets recently celebrated the delivery of its 300th Phenom 300 business jet. The commemorative aircraft was accepted by an undisclosed U.S. customer at Embraer’s facility in Melbourne, Fla., on October 15. The Phenom 300 has been the most-delivered business jet in the world for two consecutive years (2013 and 2014). 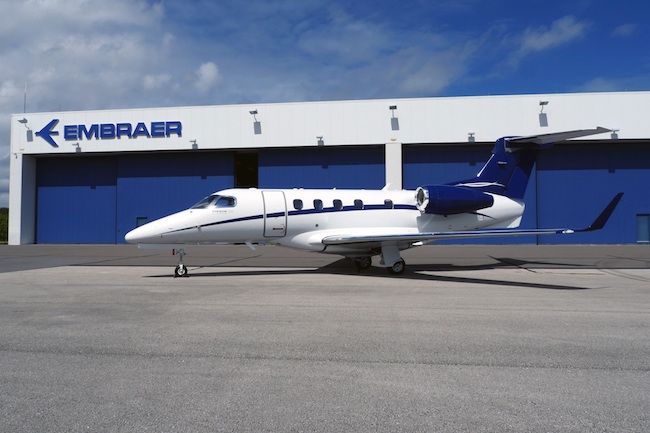 The 300th delivery confirms the outstanding worldwide reception the Phenom 300 has received and is an eloquent testament to the aircraft, which has redefined the light-jet segment. Embraer’s drive for customer satisfaction and the cutting-edge design and performance of its products continues to draw new operators and enhance customers’ loyalty.

The aircraft is in operation in 28 countries and has accumulated over 250,000 flight hours. In six years of operation, the Phenom 300 fleet has reached a 57% market share in the light-jet category.