Embraer Executive Jets delivered the first Phenom 100EV to an undisclosed U.S. customer, on March 31. The new aircraft model was certified by Brazil’s ANAC and by the FAA. An evolution of the Phenom 100, which entered service in 2008, the Phenom 100EV delivers better performance with new avionics and modified engines. 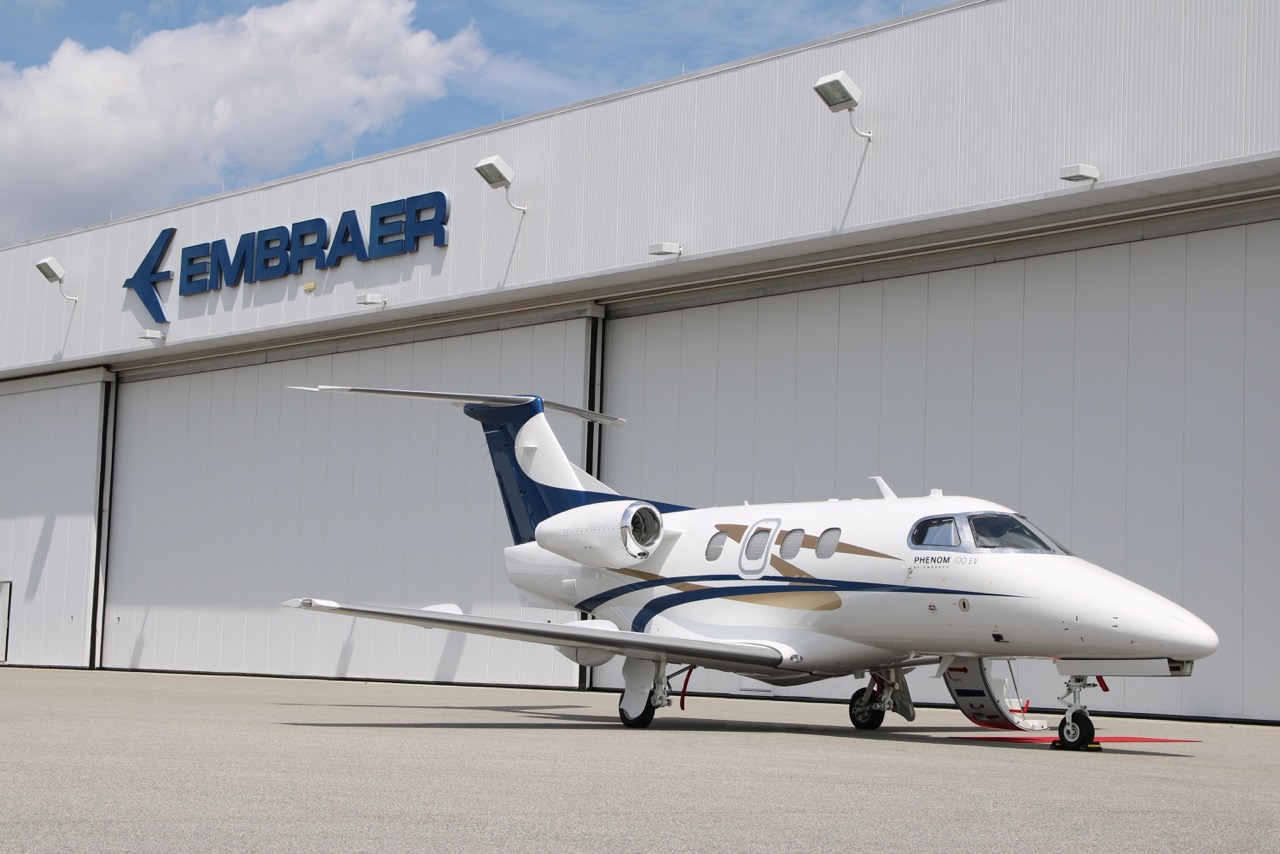 “The Phenom 100 set new industry standards when it arrived in 2008, raising customers’ expectations of an entry-level business jet,” said Michael Amalfitano, CEO of Embraer Executive Jets. “The evolution of our first clean-sheet-design jet reflects our commitment to listen to customers and to continue to deliver revolutionary aircraft with superior value to the market.”

With over 350 aircraft flying in 37 countries, the Phenom 100 is renowned for its high utilization design as well as low operating and maintenance costs, among owner-pilots, corporations, charter and fractional operators. The aircraft is also considered ideal for preparing cadets for multi-engine jet operations, and is in use by flight training academies worldwide.
Advertisement

The Phenom 100 EV features modified Pratt & Whitney Canada PW617F1-E engines, with 1,730 pounds of thrust, reaching a 405 ktas high speed cruise and up to 15% more thrust at hot-and-high airports, which equates to more range and a faster time to climb. The aircraft has a four-occupant range of 1,178 nautical miles (2,182 km), with NBAA IFR reserves.

The pilot-friendly cockpit enables single-pilot operation, with situational awareness enhanced by the advanced man-machine interface of the touchscreen-controlled Prodigy Touch flight deck, based on the Garmin G3000, with larger HD displays, split screen capability, and a new weather radar.

The Phenom 100 EV is the evolution of the roomiest aircraft in its class, bringing interior enhancements, such as a new floor sill, featuring a straight line design to increase the aisle area, and relocated power outlets with USB chargers. The aircraft features eleven interior design collections, abundant natural light from large windows, even in the private rear lavatory, a feature typically only seen in larger aircraft, which is also the case of the refreshment centre, the integrated air stair, and the largest baggage compartment in its class.