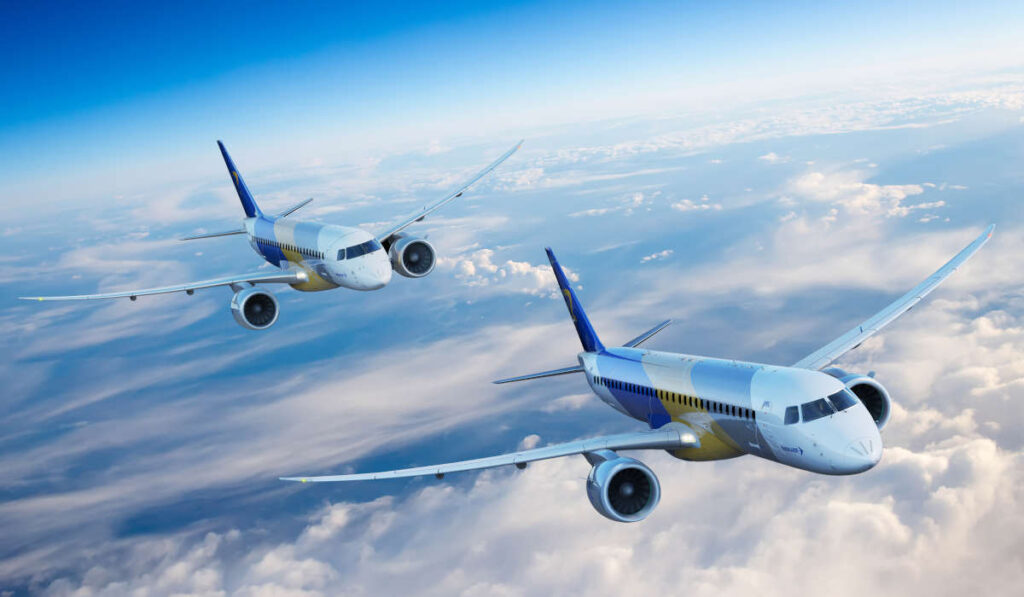 Porter Airlines has orders with Embraer for up to 100 E195-E2 aircraft. (Image: Embraer)

The delivery of the first of 50 E195-E2 ordered by Toronto based Porter Airlines, which will also be the first E195-E2 to operate in North America, is scheduled to take place at Embraer’s headquarters in São José dos Campos, Brazil, in the coming days.

Porter Airlines has orders with Embraer for up to 100 E195-E2 aircraft, including 50 firm commitments and 50 purchase rights. In 2021, Porter ordered 30 Embraer E195-E2 jets with purchase rights for a further 50 aircraft, worth US$5.82 billion at list prices, with all options exercised. A firm order for a further 20 aircraft followed in 2022, valued at US$1.56 billion.

Embraer describes the E195-E2 as the most environmentally progressive aircraft in its class, with a 25 per cent lower fuel burn than the previous generation aircraft, with E190-E2 achieving 17 per cent lower emissions. Embraer also states both aircraft have the lowest levels of external noise, and the longest maintenance intervals in the single-aisle jet category – with 10,000 flight hours for basic checks and no calendar limit for typical E-Jet operations. This means an additional 15 days of aircraft utilization over a period of 10 years, explains Embraer, when compared to current generation E-Jets.