Embraer has announced the first flight of its first Legacy 450 mid-light business jet assembled in Melbourne. The Legacy 450 performed as expected and all flight test procedures were successfully completed. 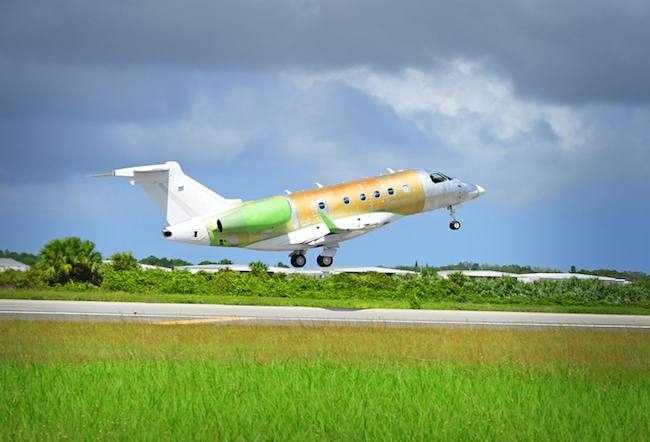 “We are very satisfied to have successfully completed this important milestone and we are on track to deliver this aircraft in December,” said Marco Tulio Pellegrini, president and CEO, Embraer Executive Jets.

Embraer began its Melbourne aircraft assembly operations in early 2011 with the entry-level Phenom 100, followed by the Phenom 300 in August 2012. In just over five years, the Company has delivered close to 200 Phenom jets from its Melbourne facility to customers across the U.S. and in 12 other countries.