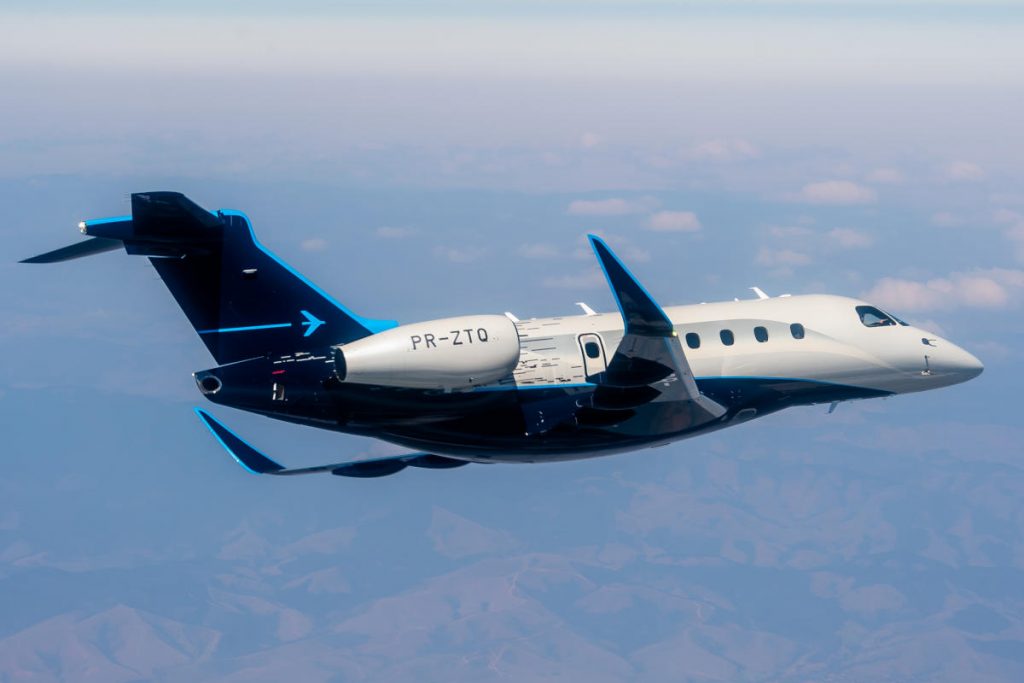 The Embraer Praetor 500 received Type Certifications from the European Union Aviation Safety Agency and Federal Aviation Administration at the end of September, adding to its earlier approval in Brazil. The midsize jet was introduced one year ago in October 2018 at the NBAA-BACE tradeshow.

“The triple-certification by ANAC, EASA and FAA reaffirm the most disruptive and technologically advanced design of the Praetor 500 as the best midsize jet ever made,” said Michael Amalfitano, president and CEO, Embraer Executive Jets. “Praetor 500 owners will now enjoy the ultimate customer experience in the midsize class, with the highest level of performance, technology and comfort.”

Embraer explains the Praetor 500 surpassed its certification goals by achieving an intercontinental range of 3,340 nautical miles, with required reserves and four passengers. The airplane has the capacity to seat up to nine passengers with the optional two-place divan.

The jet also holds a cruise speed of 466 knots, a full-fuel payload of 1,600 pounds, a takeoff distance of 4,222 feet, and an unfactored landing distance of 2,086 feet. The Praetor 500 also includes Ka-band connectivity and full fly-by-wire control.

Embraer states the Praetor 500 is now the farthest- and fastest-flying midsize jet on the market, able to make true corner-to-corner nonstop flights in North America, from Miami to Seattle, or Los Angeles to New York, as well from New York to London, London to Dubai and Jakarta to Tokyo – all non-stop. The aircraft can connect the Brazilian city of Porto Alegre to New York or São Paulo to Paris, with only one stop.

Embraer states it is the only midsize jet to feature a six-foot-tall, flat-floor cabin, as well as stone flooring and a vacuum service lavatory.