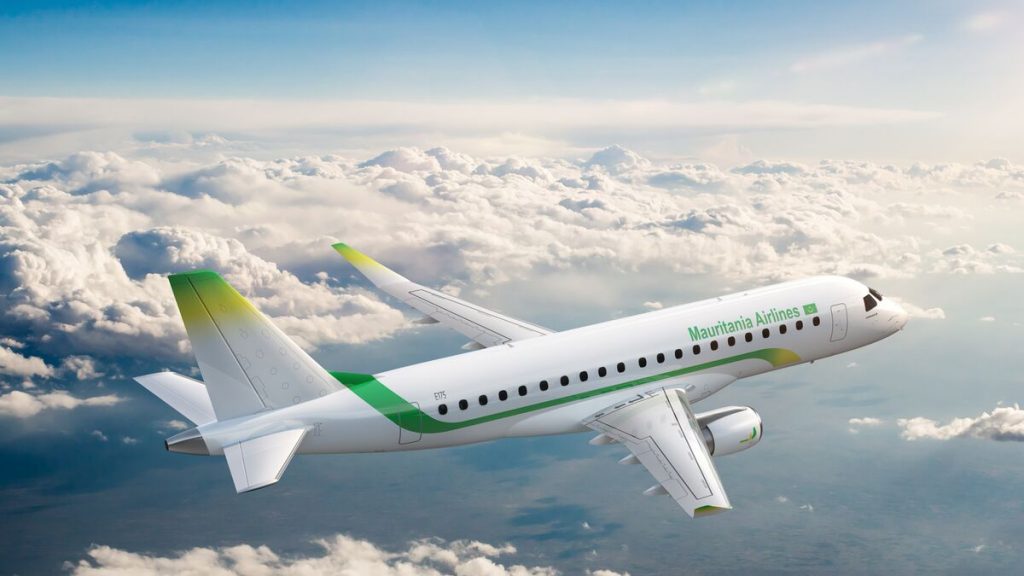 Embraer delivered Mauritania’s first E175 at the end of March and the second E175 is slated for the second quarter of 2019. Mauritania Airlines is the first E175 operator in Africa. (Photo: Embraer)

Embraer of São José dos Campos, Brazil, delivered a total of 22 jets in its first quarter, ended March 31, 2019, of which 11 were commercial aircraft and 11 were executive jets (eight light and three large). The company also reports a firm-order backlog of US$16.0 billion ($21.5 billion CDN).

In the first quarter of 2019, Embraer delivered the first E175 jet to Mauritania Airlines, which is also the first of this model to the African continent. The airline signed a firm order for two E175 jets in 2018, with a value of US$93.8 million at current list prices. Founded in 2011, Mauritania Airlines is the flag carrier of the Islamic Republic of Mauritania, flying to more than 10 destinations from its Nouakchott base to the North, West, Central Africa, and to Europe. Mauritania Airlines own a fleet of Boeing 737 and Embraer EJ and ERJ aircraft.

Embraer also signed, in April, a firm order for 10 E195-E2 jets with Nigeria’s largest airline, Air Peace, which will become the first E-Jets E2 operator in Africa. The contract includes purchase rights for a further 20 E195-E2. With all purchase rights being exercised, the contract has a value of US$2.1 billion based on current list prices. This order will be included in Embraer’s backlog in the second quarter of 2019.

During the first quarter of 2019, the 500th Phenom 300 light jet was delivered, which, according to Embraer, is the only business jet model to reach this milestone in the last 10 years. The aircraft is in operation in more than 30 countries and has accumulated more than 780,000 flight hours. The Phenom 300 milestone followed the announcement of the first Phenom 300E and Praetor 600 business jet sales to Brazilian customers.

Embraer Defense & Security and its partner Sierra Nevada Corporation (SNC) announced in February a contract for 12 A-29 Super Tucano light attack aircraft to the Nigerian Air Force. This sale was already included in Embraer’s backlog for the fourth quarter of 2018. 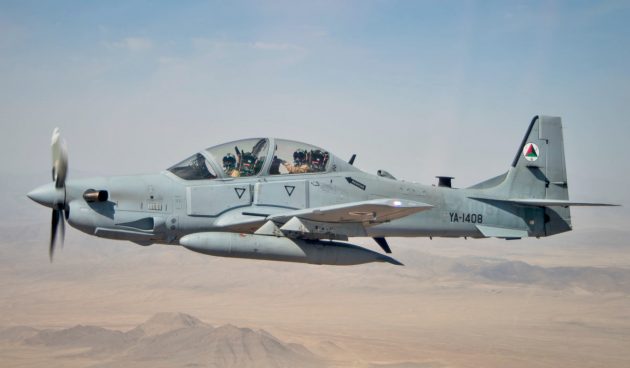 In the period, the Brazilian Navy also announced that the Águas Azuis Consortium, formed by thyssenkrupp Marine Systems, Embraer Defense & Security and Atech, was selected for the construction of four defense ships in the Tamandaré Corvettes Class Program (CCT) as preferred bidder.

In the Services & Support segment, Embraer and WDL Aviation GmbH, a German charter business which is part of the Zeitfracht logistics group, signed an agreement for a Flight Hour Pool Program to support the airline’s recently leased fleet of four used E190s.

Air Astana, a flag carrier of Kazakhstan, also signed a multiyear agreement for a Flight Hour Pool Program to support the component needs for the airline’s new E2 fleet, Embraer’s second generation of the E-Jets family of commercial aircraft.