March 20, 2008, Dubai, U. A. E.– Emirates is the first airline in the world to commercially launch an inflight mobile telephone service. 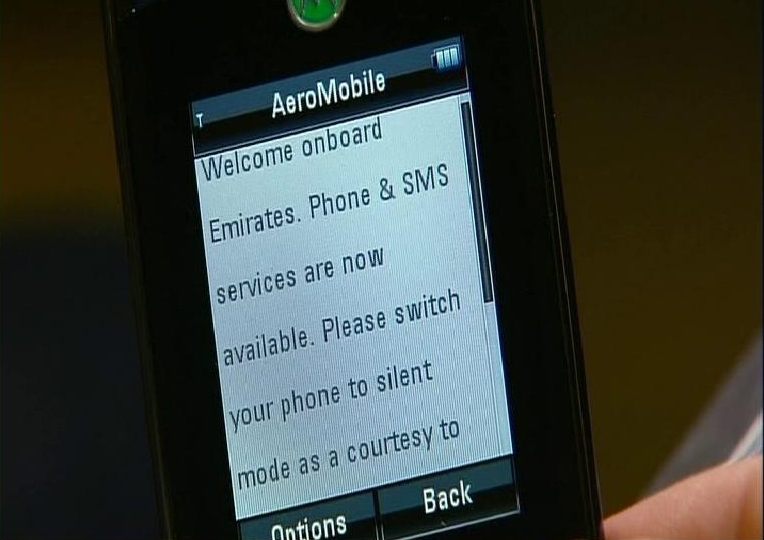 March 20, 2008, Dubai, U. A. E.– Emirates is the first airline in the world to commercially launch an inflight mobile telephone service.

The first authorized mobile phone call made from a commercial flight was made today at 30,000 feet en route to Casablanca, onboard an Emirates Airbus A340-300 aircraft – the first in the airline’s fleet to be equipped with the AeroMobile system.

The innovative airline will be investing some US$27 million to fit its fleet with the AeroMobile system which ensures that passenger mobile phones operate at their absolute minimum power, thereby allowing their safe use on the aircraft. A second Emirates aircraft, a Boeing 777-300, has already been installed with the AeroMobile system and will be in operation very shortly.

HH Sheikh Ahmed bin Saeed Al-Maktoum, Chairman and Chief Executive, Emirates Airline and Group said: “All seats across our fleet are already equipped with in-seat phones, as well as email and text messaging capabilities via the in-seat entertainment system.

“As the world leader in innovation for our customers, we are delighted to now offer them the choice of using their own mobile phones to contact friends, family or colleagues while flying with us. Our customers are already making more than 7,000 calls a month from our in-seat phones, so we will be making life easier for those for whom staying in touch has become an important part of their everyday lives.”

Over the past 18 months, Emirates and AeroMobile have worked closely with regulators and telecommunications providers across the globe, fully completing rigorous testing and certification processes.

The service will only be activated when the aircraft is at cruising altitude and the cabin crew will have full control over the system, including the ability to prevent voice calls at certain times such as during night flights. The number of calls that may be made at any one time is also limited to a maximum of five or six calls, the same number as for the current in-seat phones used regularly by Emirates’ passengers.

Emirates cabin staff and information videos will advise and encourage passengers to switch their phones to silent or vibrate mode when used in the aircraft.

In addition to calls, the service will also allow passengers to send and receive text messages, with charges in line with premium international roaming rates. Users will be billed on their regular phone bills by their own service providers as with any other roaming call.

AeroMobile chief executive Bjorn-Taale Sandberg said: “We are delighted to join Emirates in delivering a genuine world first for the airline industry. Emirates has set an industry-leading standard for passenger communications in launching AeroMobile services. We know that many airlines are interested in AeroMobile and will be keen to follow Emirates’ lead.

“We believe that the ability to communicate efficiently, easily and safely when on board flights will become an everyday feature of business and leisure travel very quickly. We have gone to considerable lengths to ensure that all safety and regulatory issues have been fully addressed, so we are pleased that Emirates has been able to join us in being first past the post in offering a full voice call service.”

Emirates and AeroMobile will be working to add further features to the benefit of Emirates’ passengers. These include the ability for BlackBerry®-type email and other GPRS data applications later in 2008 and also to integrate AeroMobile with Emirates’ award-winning ICE inflight entertainment system.