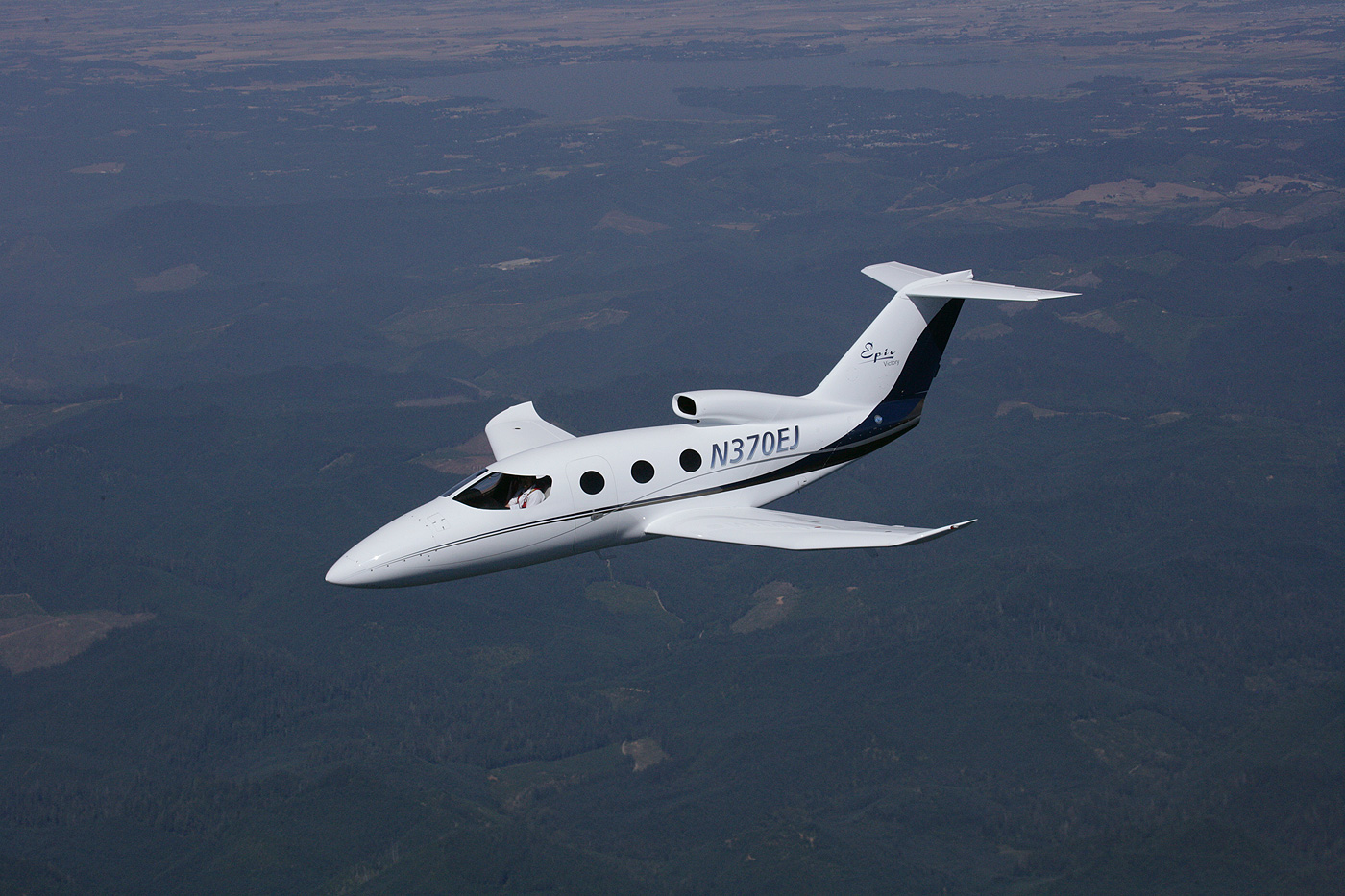 Aug. 19, 2008, Bend, OR—Epic Aircraft is reporting record year- to-date sales activity for 2008, despite a sluggish U.S. economy. The company says their Oregon-based customer build center is at capacity with 22 customer aircraft currently in production, and more than 50 airplanes on the waiting list.

“The growing demand for our Epic LT, Escape and Victory is a testament to the great work of our staff,” said Epic’s Rick Schrameck, “and the understanding that our airplanes offer unrivalled performance in the personal and light business aircraft category.”

Schrameck has been asked to join an industry panel presentation at the upcoming National Business Aircraft Association convention scheduled for October 6-8, 2008 in Orlando, FL.  Epic Aircraft has also committed to displaying its Epic LT and the Victory jet for the more than 35,000 attendees from around the world who attend the NBAA event.  Schrameck added that his company will release significant new product information at a press conference during the same show.

“We’re also very excited to be part of NBAA’s new Light Business Aircraft Association Expo,” Schrameck added.  “The LBAA is exactly what we need to make sure this important and emerging market reaches its full potential.  All of our aircraft will be in San Diego for the very first LBAA show scheduled March 12-14, 2009.”

Epic will also have a strong presence at the Aircraft Owners and Pilots Association Expo the following month, November 6-8 in San Jose, CA.  “AOPA Expo is the venue for active pilots and that’s great for us.  We make the kind of airplanes that pilots have always dreamed of flying!”   Epic will display the LT and Victory jet.

The Epic LT is a pressurized, all composite 1200 horsepower turboprop that made its debut at AirVenture in Oshkosh, WI in 2004.  The single-engine six-seater cruises at 340 KTAS, and will ultimately be certified as the Epic Dynasty.

The Victory jet is a 320 KTAS single-engine VLJ which made its public debut at Oshkosh in 2007.  The 4-5 seat jet was nominated for the Collier Award the same year.

For more information on the growing family of Epic Aircraft, visit the company's website, at www.EpicAircraft.com, or call 1-888-FLY-EPIC.