Bombardier Commercial Aircraft has announced that it has concluded a firm order for 10 new Q400 aircraft with Ethiopian Airlines. The order also includes purchase rights for five additional Q400 aircraft. 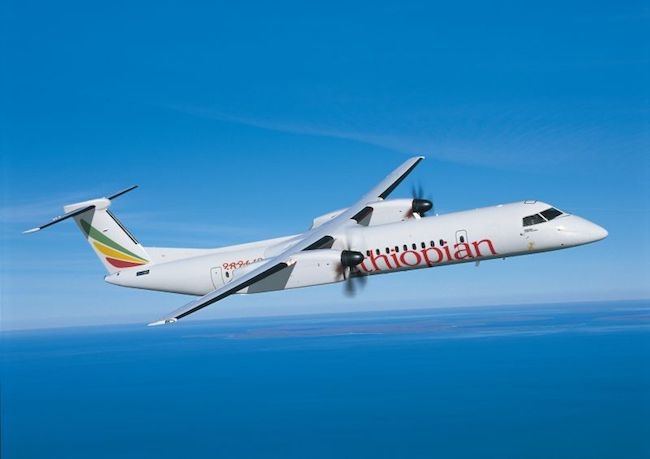 Based on the list price of the Q400 aircraft, the firm order is valued at approximately $332 million U.S.

“The Bombardier turboprops continue to deliver unmatched performance to our operators, and we are proud that the flag carrier of Ethiopia is once again recognizing its tremendous value by increasing its fleet of Q400 aircraft,” said Fred Cromer, President, Bombardier Commercial Aircraft. “The market trend for high-performing and larger turboprops is intensifying, and this fifth reorder is a great example of the Q400 turboprop success story and the value it creates for clients around the world.”