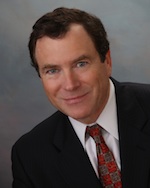 May 9 ,2013 – It should come as no surprise that the private aviation industry hasn’t improved much in Western Europe over the past year. Amid austerity measures and weak economic news, there has been a cautious hesitance to take on the discretionary costs associated with private air travel.

May 9 ,2013 – It should come as no surprise that the private aviation industry hasn’t improved much in Western Europe over the past year. Amid austerity measures and weak economic news, there has been a cautious hesitance to take on the discretionary costs associated with private air travel. “The situation will drag on a bit longer,” notes aviation advisor Brian Foley. “But one shouldn’t lose perspective that Europe still remains the second largest business aviation market.”

According to aircraft data base provider AMSTAT, the Western European business jet fleet has shrunk two percent since this time last year. The exodus was led by small-cabin (-6%) and medium-cabin (-5%) jets, while the large cabin jet fleet actually grew 4%. About three quarters of the jets leaving the area went to North America, an indicator that the market has been improving there. The prolonged European slowdown has seen both the small and midsize cabin fleet shrink 10% from their respective 2011 and 2010 peaks. In contrast, the large cabin fleet population actually increased 70 percent since 2007, growing from 493 aircraft to today’s 837.

According to Foley’s local sources there have been some other interesting market shifts going on as well. For example, those chartering big cabin aircraft have continued to do so since they’ve had adequate financial resources to stay the course all along. However the smaller entities which typically chartered medium-sized jets are now chartering smaller ones, and many of those who once chartered small-cabin jets have left the market for now. In the process, the mid-sized charter jet has been caught in the middle, forcing owners to store or put the airplane up for sale as opportunities to charter it out have declined.

Given all of the financial turmoil that’s occurred in the last 12 months it’s reassuring to note that while the market has been slow, it has at least remained relatively stable over the past few years. Many in the region believe it could take another 2-3 years to get back on a growth course. “Europe will eventually come back, but not to its previous prominence. In our forecast all of Europe accounts for 19% of future jet deliveries, down from 25% in the previous decade. That difference has largely been ceded to Asia which has shown steadily increasing market potential.”