Growth expected but not without challenges 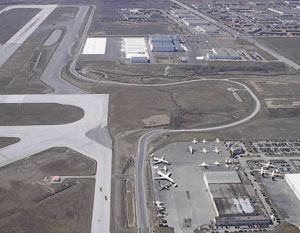 It is that time of year when reports come from the various ‘alphabet
organizations’ telling us who made what and how many. The reports all
agree and show that GA and corporate aircraft sales plus new orders are
at all-time highs. Add to that the swell in commercial aircraft orders,
and you would tend to think that a business that sells fuel and
supports aircraft ops would be swimming in good times. Well, increased
business has its up and down sides, and FBOs in Canada have a series of
continuing challenges to their profitability and success. The short
answer is that none of them are celebrating with money flowing in the
door at an uncontrolled rate. There is without question growth in the
market, new players and expansion in some markets. But while they are
busy, most FBOs will report a variety of issues facing them as they try
to be profitable – and profitability is why anyone gets into a business
of any sort.

THE BIG NAMES ARE BUSY AND GROWING
Space
is the biggest issue facing most FBOs. New aircraft mean more demand
for hangar space, especially in a climate like Canada’s. As Landmark
Aviation’s Andrew Storey reports, they currently have 120,000 sq ft of
hangar space and 70,000 sq ft of office space on the north side of
Toronto International Airport. And while that is more than enough for
most airports to handle all their corporate and GA business, Storey
needs more. “We are currently developing 100,000 sq ft of hangar space
and an additional 22,000 sq ft of related offices,” he says. Along with
that will be another flight lounge and three new ramp areas. Is that
enough? For today, perhaps – but one new Global Express or BBJ and good
run of itinerant traffic over the winter and that space will quickly be
gone. Storey expects that new space will be available in mid-May.

Meanwhile
at Landmark’s Vancouver International Airport site, Scott Harrold
reports that they too have started on expansion plans. The airport and
city are already starting to plan and develop for the 2010 Olympics –
expecting corporate as well as commercial traffic to increase their
sales and service demand. Helicopters will play a big role in these
games and Landmark will be prepared to handle the need. At the same
time, the RCMP have just completed an agreement to increase their
presence as tenants of Landmark and will be adding additional aircraft
and staff to their airbase. On the service and support front, Harrold
and his team has always offered their meeting and conference facilities
to the community at large – not just the aviation folks. To help that
support even further, they recently added a full-service business
centre in-house – copying, presentations and office support – and it is
proving to be very popular.

Over on the Esso-branded side,
Skyservice FBO Inc. – the corporate aviation support wing of the
Skyservice brand – has not been sitting idly by while Landmark grows.
At YYZ it has expanded its hangar capacity by undertaking the
management and day-to-day operation of two large bays that the GTAA
built in the midfield area. This adds around 90,000 sq ft to existing
facilities. Once again, the space is used in a combination of roles –
some longerterm and many itinerant. But YYZ has really been the smaller
part of the Skyservice story, says Jean Langevin, VP Customer Care. The
firm has had considerable growth in the recent past, and foresees
continued growth. In the early fall of 2005, Skyservice became the new
operator of the existing Avitat facility at Calgary International
Airport. It has identified a need to enhance the Calgary facility
through infrastructure improvements, customerfocused staff, GSE
equipment and other elements. Skyservice also has a new and larger ramp
area at Montreal International Airport, adding a finishing touch to the
new FBO lounge and terminal that were completed last year.

SMALLER OPERATORS GROWING TOO
In
Atlantic Canada, Irving Oil operates three FBOs, in Goose Bay, Gander
and St. John’s. The firm has been planning upgrades to the Gander site
for a year or more and now plans to start construction of a new
facility this spring. And in Montreal, Starlink Aviation, an Air BP
branded dealer – Zoran Bratuljevic, general manager – advises that it
will formally announce a name modification in April to include the
Million Air moniker. This will make it the 34th and newest in the
growing chain of Million Air facilities in the US, Canada and
Caribbean. There are two other Million Air facilities in Canada, at
Vancouver International and Toronto Buttonville.

City Centre
Aviation is the newest player at Toronto’s City Centre Airport. Jamie
Sargent, VP and general manager, says the entire facility is being
refreshed and reworked. It has started by consolidating the FBO
operations into the western facility and has closed the older eastern
FBO. An investment of $2 million will be spent on capital improvements
such as renovating the 120,000 sq ft of hangar and FBO space, first
bringing everything up to current cosmetic and building code standards
and then replacing the roof on all buildings and adding new heat and
air conditioning to the FBO and tenant areas. The FBO with be getting
new executive and pilot lounges, meeting facilities and amenities. A
grand re-opening is expected by September. As an added service amenity,
starting in May City Centre Aviation will include dedicated staff to
facilitate a passenger shuttle service.

WITH GROWTH COME CHALLENGES
As
TG Aviation/Marsh Brothers Aviation’s Ken Klein points out, they are
constantly upgrading their overall service offering – new tug, new
hangar lighting and updating electrical services. But despite adding
fuel volume to their sales at Avitat Hamilton with the addition of Air
Canada’s JAZZ service, the added business, while welcome, does not
contribute a great deal to the overall profit margin. It does, however,
help offset the 24/7 operating costs of maintaining the service
commitment and availability. Klein shares the view of many when he says
it is a lot harder today for an FBO to make money, as it always needs
to provide a high level of customer support, facility and equipment
updating as well as look after the employees’ training, benefits and
salary needs. TG Aviation’s maintenance/ avionics operation continues
to grow – and that will be the key factor, combined with success of the
FBO operation – that will eventually result in a hangar addition or new
facility.

LOOKING FORWARD
Skyservice has a practical view
of the business challenge/ service balance in FBO operations. It sees
the FBO market facing some margin erosion, creating a need for
alternative revenue schemes such as charges for services that used to
be bundled in the fuel price offering. Accordingly, it is consistently
analyzing market trends and its competitors’ plans in order to remain
competitive.

Other issues ahead will include revisions to
security, relating to the facility, staff, aircraft and their
passengers. Transport Canada will launch a series of regional forums on
this subject at select locations over the coming months. Another issue
may or may not be the introduction of Very Light Jet (VLJ) aircraft.
This new category of aircraft will unquestionably find its way into new
airfields and hangars and so push the service capacity of the resident
providers. Smaller, typically owner-operated aircraft, VLJs may also
drive some smaller regional FBOs to require more diversified products
and support tools – from Jet A fuels to new GSE that was not required
before, like tugs and towbars.

One last issue that will continue
to challenge both FBOs and aircraft operators will be ramp service
fees. The simple truth is that many operators do not want to pay for
them – especially as the price of fuel always seems to go up and not
down. The FBOs on the other hand have little choice in the matter. The
profitability that used to be inherent in fuel sales has gone. Just
about everyone who buys jet fuel – and in growing cases GA fuels as
well – does so on a ‘program’ of some sort, be it from the branded fuel
refiner, the FBO or one of the many third-party products. So to keep
the ground equipment in good operating order, the floors clean and
swept, the helpful staff in place, the courtesy shuttle and even the
coffee and ice – the FBOs have to charge a service and support fee of
some sort.

How much is quickly becoming the competitive
differentiator between on-field competitors – and even site-tosite
locations as the larger FBOs introduce companywide service programs. At
smaller, GA-focused sites, this has been solved to some extent by the
introduction of selfservice pumps. But we really can’t see the pilot of
a Challenger or Gulfstream pulling up to the pump and uploading on
their own – or maybe we will? In the interim, ramp and support fees
will be a sore point, but will not be going away anytime soon.