News
Filling in the safety gaps

Almost six years ago when Joe “Buffalo Joe” McBryan was having another of his legendary feuds with Transport Canada (TC), Sol Taboada, co-owner of Atlanta-based DTI Training, an aviation Safety Management System (SMS) and Quality Assurance (QA) provider, wrote a letter to the Buffalo Airways founder, offering to fix his compliance system for free. He never heard back. 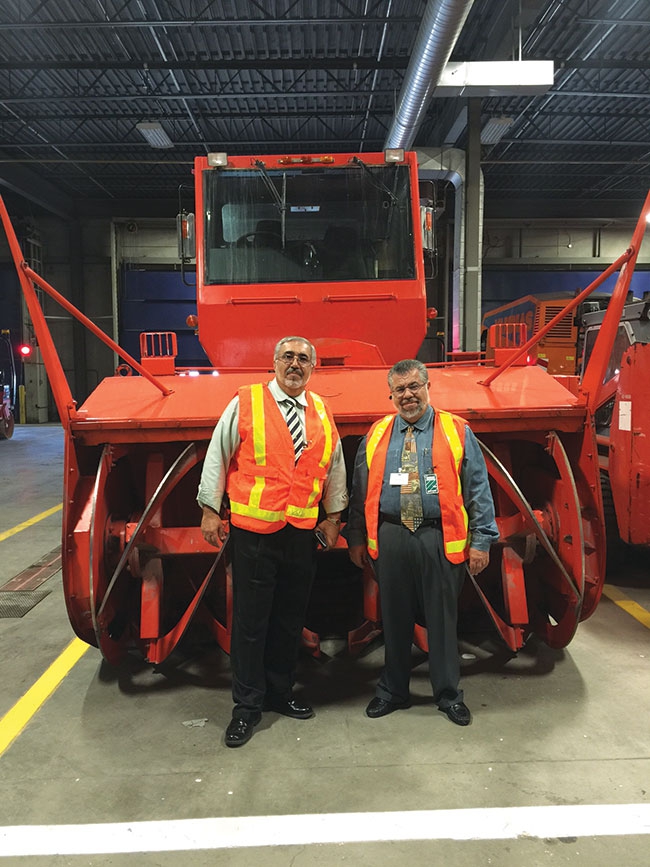 The DTI Training team of Sol and Dennis Taboada have helped numerous operators implement safer operating practices. Almost six years ago when Joe “Buffalo Joe” McBryan was having another of his legendary feuds with Transport Canada

Fast forward to Christmas 2015. Taboada and his entire staff are up in Yellowknife to capture Buffalo Airways day-to-day operation into a policies and procedures manual and develop a safety checklist after TC has pulled the iconic passenger and cargo operator and star of Ice Pilots NWT’s Air Operator Certificate (AOC).

“The company was operating on the expertise of its personnel, which is not abnormal,” Taboada told Wings during a Toronto stopover. “Buffalo Airways have fantastic pilots and fantastic AMEs. There is a lot of knowledge, especially with the types of equipment they use (vintage DC-3s and DC-4s), which are very rare. They did almost everything right, but they didn’t have a procedure.”

Consulting and teaching private operators about procedures is DTI’s core business these days, most of it coming from Canada after Taboada and his brother Dennis, the company’s chief executive, developed and trained inspectors on the QA portion of TC’s SMS system, labelled SMS001. “First we said ‘yes’ then we hung up to find out what Transport Canada was,” he jokes.

Canada now accounts for between 75 and 80 per cent of DTI’s business. It’s a mirror reversal of when the company began delivering QA courses to the U.S. government, and was later hired by the National Aeronautics and Space Administration (NASA) to investigate corporate culture shortly after the Columbia space shuttle disaster.

DTI launched its Canadian operation approximately five years ago and has up to 12 contracted employees at any given time. “About 70 per cent of our revenues stay in Canada,” Taboada points out. “You can’t say that of a lot of American-based consulting companies.”

Indeed there is a piece of Canada in all of DTI’s symposiums, workshops and products such as the Genesis program, giving operators 24/7 access to training on all the basic aspects of QA and specifically SMS from a Canadian perspective. “The Canadian model is the gold standard for SMS,” Taboada said. “Its components will be part of all future SMS requirements around the world.”

Still, there appears to be some confusion over SMS at home, which is what convinced the brothers to branch out into operator training. “We were in Calgary and were taken to one side by a certificate holder who said training government inspectors is one thing; but nobody is training us,” he said.

From the get go, the DTI crew noticed both operators and TC inspectors deviating from the path set by the SMS001 document. “It is a cultural thing. It’s not just Canada, it is world-wide,” Taboada said. “If the SMS001 document and procedures are followed, the results are magnificent. Instead of just catching one or two non-conformances and writing a finding, we are able to determine the culture of an organization. Companies do better financially too, because they get control over their systems.

Indeed, at DTI’s first SMS training course, Taboada was confronted with a regional document labelled SMS001-A. “Now we have a problem. One region is getting special treatment. This is what ties you up in court and turns everything into a mess,” he added.

Since SMS was first launched, Taboada has found that some operators have embraced the practice, while others will continue to fight it. “It is always interesting to see how a customer continues after we are gone. That is the key. Sometimes we get some guys out of trouble, they breathe easy and six months later the operation is back to the way it was.”

Can Taboada instinctively know where to look for a problem before entering a hangar and rolling up his sleeves? “When there is a consistent issue (such as flights being cancelled because of reoccurring problems with a specific piece of equipment in a fleet) there is usually a breakdown somewhere in the procedures. Somewhere something is getting missed.”

One of the biggest obstacles to following procedures is familiarity.

“Say you are a pilot and there are 37 items on the checklist. Three of those items are no big deal so you skip those. But you can’t,” Taboada noted. “Today, you skip three; six months from now you skip a fourth one and a year from now you skip item 12. The next thing you know you are doing only half the things on the list. It’s not because we are bad but because we are human. We have a tendency to cut corners when we become familiar with something. But invariably, when there is some kind of incident, it is something that was missed.”

And that is what SMS is set up to uncover. Whereas conventional TC audits zero in on individual noncompliance, SMS uncovers gaps where the internal QA system is non-conforming. “Anybody can make a mistake once or twice,” Taboada points out. “But if once or twice keeps happening over and over, you are showing a systemic failure.”

Taboada concedes that there will always be better ways to do things; but those better ways need to be tested and applied to the manual before becoming standard practice. And this may be one of the great revolutions in policies and procedures; the manuals they are a changing. Perhaps too quickly for some.

“SMS says you can run the business anyway you want. If it take five sentences to get across a message where it used to take 20 sentences that’s okay,” Taboada said. “So, when an inspector says, ‘I don’t like the way your manual is formatted, the correct response is, ‘I couldn’t care less . . . the manual works and everything is in it.’

“We are seeing that more and more in aviation. You can write up a 25 step procedure on how to strap a barrel onto a helicopter, or you can boil that done to three steps with a picture; it needs look like this.”

Heading back north to Yellowknife, Buffalo Airways is reporting less down time and fewer engine failures since following the safety checklist the DTI crew assembled and submitted to TC. “It has been getting better, but you are dealing with old airplanes, so there will always be a maintenance issue,” Taboada pointed out.

Taboada admits that Buffalo Airways was “spotty” in its record keeping. Still, the DTI co-founder is not letting TC off the hook for the way the regulator handled the file. “Transport Canada was absolutely correct. Our problem was they did not follow their own procedures. How they went about suspending the licence was wrong.”

DTI had proposed a “gatekeeper” to double check procedures before a flight was released. This was rejected by the regulator. “The only way you can test a plan to make sure it works is to use it and see if there is a recurrence of issues. That is Transport Canada procedure,” Taboada noted.

“There were a number of times when Buffalo Joe and I were like this,” Taboada laughed, raising his fists and strikes a traditional boxer’s pose. “I have no problems telling people when they are full of it. And he had no problem telling you right back. But we had an interesting working relationship. The grounding cost Buffalo Airways at least $2 million, but they never laid a single person off. You have to respect that.”