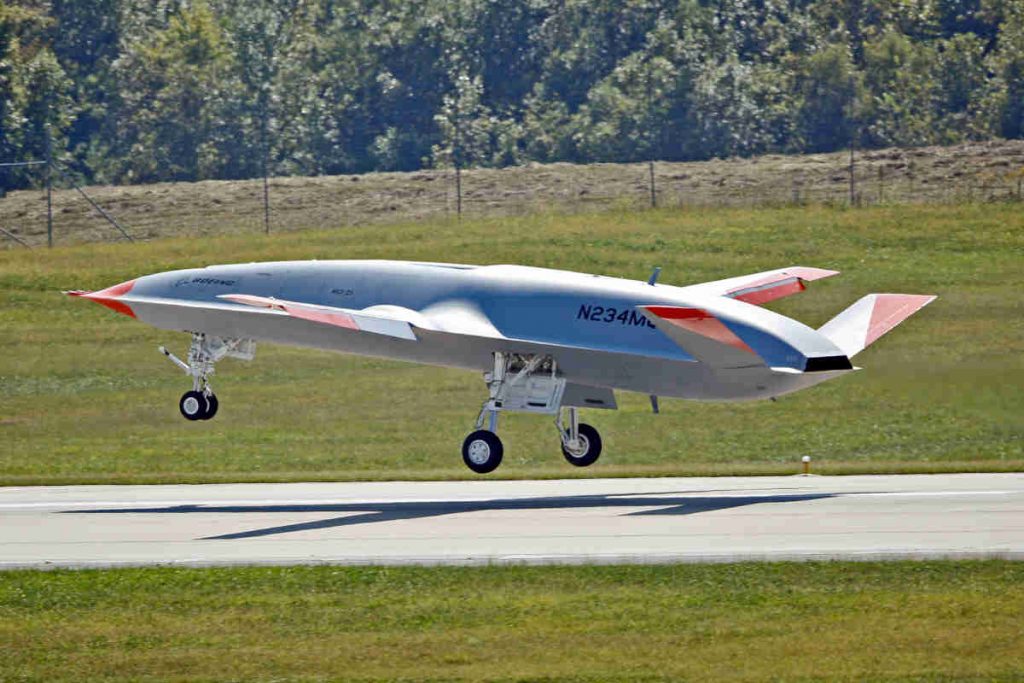 In mid 2019, Héroux-Devtek was awarded a contract by The Boeing Company to supply the complete landing gear system for its MQ-25 unmanned aerial refueling program. (Photo: Boeing)

Boeing and the U.S. Navy on September 19 completed the first test flight of the MQ-25 unmanned aerial refueler. Designated as T1, the MQ-25 test asset completed an autonomous two-hour flight under the direction of Boeing test pilots operating from a ground control station at MidAmerica St. Louis Airport in Mascoutah, Ill., where the test program is based.

The aircraft completed an autonomous taxi and takeoff and then flew a pre-determined route to validate the aircraft’s basic flight functions and operations with the ground control station.

“Seeing MQ-25 in the sky is a testament to our Boeing and Navy team working the technology, systems and processes that are helping get MQ-25 to the carrier,” said Boeing MQ-25 program director Dave Bujold. “This aircraft and its flight test program ensures we’re delivering the MQ-25 to the carrier fleet with the safety, reliability and capability the U.S. Navy needs to conduct its vital mission.”

The Boeing-owned test asset is a predecessor to the engineering development model (EDM) aircraft and is being used for what the company describes as early learning and discovery to meet the goals of the U.S. Navy’s accelerated acquisition program. Boeing will produce four EDM MQ-25 air vehicles for the U.S. Navy under an US$805 million ($1.1 billion) contract awarded in August 2018.

Boeing explains the MQ-25 will provide the Navy with a much-needed carrier-based unmanned aerial refueling capability, which will allow for better use of the combat strike fighters currently performing the tanking role. It will also extend the range of the carrier air wing.

“Today’s flight is an exciting and significant milestone for our program and the Navy,” said the Navy’s Unmanned Carrier Aviation (PMA-268) Program Manager Capt. Chad Reed. “The flight of this test asset two years before our first MQ-25 arrives represents the first big step in a series of early learning opportunities that are helping us progress toward delivery of a game-changing capability for the carrier air wing and strike group commanders.” 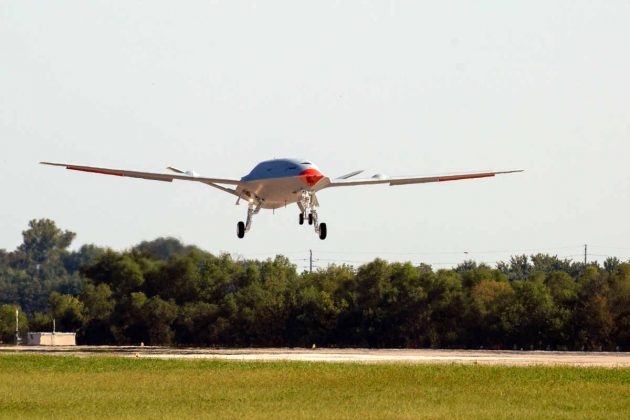 Héroux-Devtek of Longueuil, Québec, in April 2019 was awarded a contract by Boeing to supply the complete landing gear system for the MQ-25 unmanned aerial refueling program. (Photo: Boeing)

The Navy expects the first four MQ-25s to reach operational capability on carrier decks in 2024. After this contract is complete, covering the design and production of the four MQ-25 airframes for testing, the Navy plans to buy 72 more vehicles with a total program cost of about US$13 billion ($17 billion).

In April 2019, Héroux-Devtek Inc. of Longueuil, Québec, was awarded a contract by Boeing to supply the complete landing gear system for the MQ-25 unmanned aerial refueling program. T1 received its experimental airworthiness certificate from the FAA in September, verifying that the air vehicle meets the agency’s requirements for safe flight.