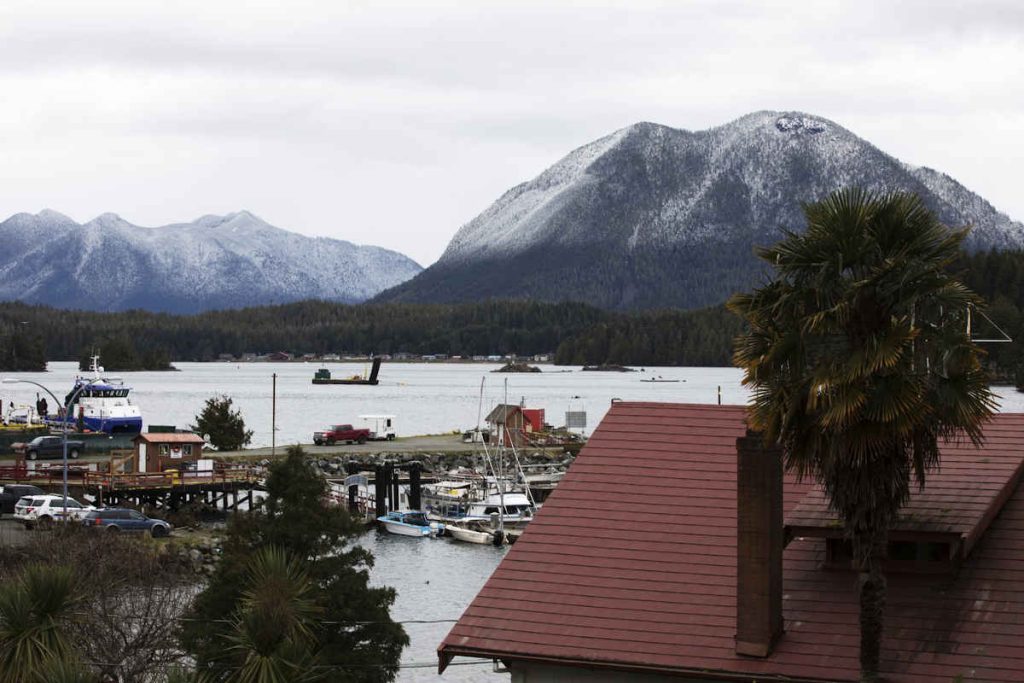 Traffic from boats and aircraft in the Tofino harbour has become a heightened concern after two float plane crashes occurred in three months this year. (Photo: Melissa Renwick)

Tofino, BC — When a Tofino Air floatplane struck an Ahousaht First Nation water taxi in the Tofino Harbour on Oct. 18, vessel operators started raising questions over the lack of regulation in the open water.

The incident triggered Nuu-chah-nulth Tribal Council (NTC) President Judith Sayers, who was inside an Atleo Air floatplane that flipped after hitting a sandbar upon takeoff in the harbour less than three months prior.

“I still have a couple of physical injuries that I’m working through,” she said. “It was a very traumatic experience to have to go through.”

Sayers has since committed herself to advocating for changes in regulation and safety standards in the harbour.

“I don’t want anybody else having to go through something like this because of inefficient laws,” she said.

Ken Brown witnessed the October collision near the First Street Dock. He’s now “nervous” to operate his own Ahousaht water taxi business, which transports Ahousaht members between their home on Flores Island and Tofino.

“I would like to see something put in place for safety,” he said. “Floatplanes land right in the traffic that’s coming in and out of Ahousaht and Opitsaht.”

One solution, he said, would be to have a designated landing strip for planes so “they’re not in the line of fire with boats.”

“We have to meet halfway,” he said.

Josh Ramsay, Tofino Air owner and operator, said the airline has been “analyzing the traffic congestion” and boat speeds in the harbour to ensure they’re safely operating alongside the other operators using the harbour.

“Tofino Air has been operating in this harbour for over 40 years with this being our first incident,” said Ramsay. “We are working in conjunction with harbour users and the appropriate regulatory authorities to create a safer harbour.”

A local committee of pilots, commercial fishermen, charter operators and harbour users was formed after the incident, according to the Tofino Harbour Authority (THA). Meeting over Zoom, stakeholders are invited to discuss safety concerns.

“Tofino Air is advocating for the installation of an aircraft activated strobe light in the harbour to indicate pending aircraft movement, and a speed limit for when aircraft 1/8s 3/8 are taking-off and landing,” said Ramsay.

“All we can really do here is educate people that use the facility,” he said. “But once they’re off the dock, we have no right to tell them how to operate their vessel.”

Eckert said the RCMP and Canadian Coast Guard do not regularly monitor the harbour for safety.

“It’s a very busy part of the coast,” he said. “We would be better off with someone, at least one person, who has the authority to do something — either hand out fines, or stop people on the water who are operating their vessels unsafely.”

The Canadian Coast Guard station in Tofino is a search and rescue station and does not regulate traffic within the Tofino area, according to a spokesperson for the federal agency.

“Similar to most harbours on the Pacific Coast, Tofino does not have a regime in place to actively manage vessel or aircraft movements,” said Transport Canada. “Vessel operators or aircraft pilots are required to follow safety regulations made under the Canada Shipping Act or Aeronautics Act.”

Because the harbour is considered “open water,” Tofino RCMP Const. Daniel Mcintosh said “there’s no actual monitoring of what’s going on out there.”

While he said it would be “nice to be able to get out more often,” he doesn’t think it’s needed.

“It’s like the highways,” Mcintosh said. “There’s not always somebody out there 24 hours a day. We do what we can when we can and respond to complaints and concerns whenever they come in.”

“For there to be two accidents in the last three months is pretty much unheard of,” he said. “There are actions taking place. There’s momentum.”

These include amendments to the Canadian Aviation Regulations in 2019 that “strengthen the safety of seaplane passengers and crew.”

After the October collision, the Transportation Safety Board of Canada (TSB) deployed a team of investigators to Tofino.

TSB spokesperson Chris Krepeski said the investigation is still in the early stages and could take around 450 days to complete.

“If there’s a significant systemic safety deficiency that requires attention, we don’t hesitate to communicate those before the investigation is completed,” said Krepeski.

Similar to Victoria, Sayers said she would like to see Tofino’s harbour be re-designated to an airport.

“Victoria has been a destination for commercial seaplane traffic since 1920, when the first mail flight arrived from Seattle,” said Transport Canada.

As the harbour became increasingly busy over the following decades, Transport Canada said they conducted several risk assessments that determined the need to “more closely regulate seaplane traffic in the Victoria Harbour.”

“This led to the certification of the Victoria Harbour Airport under the Civil Aviation Regulations in 2000,” said Transport Canada. “Victoria Harbour is the first certified water aerodrome in Canada and is the only water airport in the country that is certified in this manner.”

Tofino is currently designated as a water aerodrome.

In 2019, Transport Canada developed a Notice of Proposed Amendment (NPA) to address water airports. They are now in the “advanced stages of finalizing water airport regulations.”

According to the NPA, one option would be to require that all water aerodromes become certified as a water airports if they are located in “the built-up area of a city or town, or have a scheduled passenger service.”

Both plane collisions in the Tofino Harbour involved Nuu-chah-nulth members. Sayers said she wants to ensure plane safety “is at its highest” and needs to see more than a list of recommendations from the TSB.

“There has been a lack of follow through by Transport Canada,” said Sayers. “It’s very concerning… the safety of our people is the most important thing. We use water taxis and floatplanes to travel to get to our communities. They’re just necessary.”