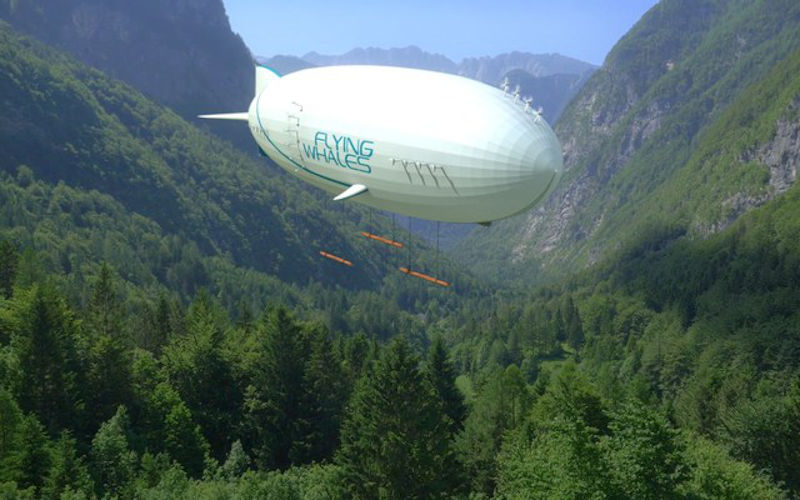 The Franco-Quebec company Flying Whales develops what it calls the largest cargo airship in the world with its LCA60T, is preparing to develop its activities in Quebec. The company describes the LCA60T airship as providing an affordable and environmentally friendly approach to transport heavy, oversized loads in dense or remote areas.

Flying Whales states it will soon select an industrial site in Quebec for the assembly lines of its full fleet of LCA60T airships for the Americas. Several sites are under study. The selected site will produce all of the LCA60Ts intended for the Americas. The company states this represents tens of millions in investment and, ultimately, the creation of some 200 direct jobs.

Still to be certified, the LCA60T is described as a heavy duty rigid airship with a 60-tonne payload capacity. It is 200 metres (m) long with a 96 m by 8 m by 7 m high cargo bay that is supported by 10 non-pressurized helium cells. It is powered by a 4 MW hybrid electric propulsion chain.

Flying Whales, in making its statement about focusing on developing out of Quebec, announced it is reorganizing its shareholder structure. Back on September 9, 2021, Avic General sold its shares equalling a 24.9 per cent stake in Flying Whales, via Avic General France, to the current French shareholders, who have been joined by French banking group Oddo.

As a result, French public and private shareholders own 75 per cent of Flying Whales and Quebec owns 25 per cent through Investissement Québec (IQ). The Montreal subsidiary “Les dirigeables Flying Whales Québec” is 50.1 per cent owned by FLYING WHALES and 49.9 per cent by IQ.

The mission of the Montreal branch, explains the company, is to enter the Quebec aeronautical sector and partner with the sector’s established players to build on some of the LCA60T strategy.

“Today, a new page is being written in our company’s young, rich history: that of a strong and lasting alliance with our North American partners to turn this vital, revolutionary transport solution into a reality,” said Sébastien Bougon, CEO and founder of Flying Whales. “This will reinforce our partnership with Canada and Quebec, especially given that we restructured our shareholding to reach new milestones. Until then, we will continue to boldly move forward with the invaluable support of Quebec’s institutional and industrial partners.”