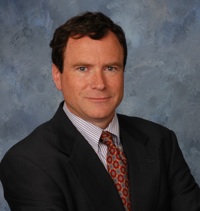 Fractional jet
ownership evolves
With shakeups in the executive suite, major startup failures and questions of survival for some established providers, the fractional jet industry is in the midst of major transformation.

The recent $1.5B cancellation of Bombardier Learjet 60 XR orders and options by Portugal-based Jet Republic should have come as no surprise.  “A year ago we publicly warned that start-up fractional companies would be particularly vulnerable during this downturn,” reminds Foley.   “But this was especially dramatic because it concerned one of the largest business jet fleet orders ever placed.”

Fractional fleet sizes are flattening out, evidence that the industry has matured and discovered that demand is not limitless.  “The problem," Foley says, "is that the existing business model is geared to rapid growth.  So long as fleets expanded, providers could profit by buying new aircraft at discounts and selling them at list price to customers.  But now, with fleet size very nearly constant, the emphasis must be on making the operational side profitable — or changing the business model altogether.”

Despite the current unsettled state, Foley points to three positives for the sector.  “One:  Given all of the recent negative business jet publicity, it’s believed that the market will lean a little more toward ownership structures that keep the jet under the radar such as leasing, jet cards, charter and of course fractional.   Two:  Those fractional companies that can adapt and survive will eventually end up in a world with fewer competitors and hence the ability to raise prices – a must for long-term viability.  Three:  We’re predicting double-digit percentage gains in year-over-year fractional flight activity (operations) later this year, which will be a healthy sign the slump has bottomed out and turned the corner.”