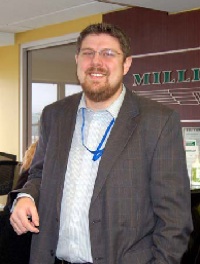 Jan. 15, 2010,  Markham, Ont., – Million Air Toronto is a well established FBO of long standing, located at the Toronto Buttonville Municipal Airport (CYKZ). Focused on providing VIP flight support and service to the business and private aircraft operating to and from the airport, the facility recently completed an extensive renovation and expansion that was part of an overall airport rejuvenation.

Toronto Airways Ltd. (TAL) owns and operates the airport, the Million Air FBO and other business units at the site. Derek Sifton, President of TAL, recently announced the appointment of Frank Dennis to the newly created role of General Manager, FBO.

In making this announcement, Sifton stated that “adding Frank to our team is effectively the final step in our FBO renovation. His role will be to ensure the continued administration and development of our customer service focus and guarantee that we always manage or service resources to ultimate benefit of our resident and transient clientele. Frank will also help us develop new relationships that will help build our business and market share and facilitate managing our role within the Million Air FBO network.

No stranger to aviation, Dennis has been involved in progressive aviation related roles including sales for corporate and GA type aircraft, sales and service support for aftermarket maintenance services and flight operations dispatch services. Frank is a commercial and multi engine rated pilot and holds a Bachelor of Administrative and Commercial Studies (Commercial Aviation Management and Economics) degree from the University of Western Ontario.