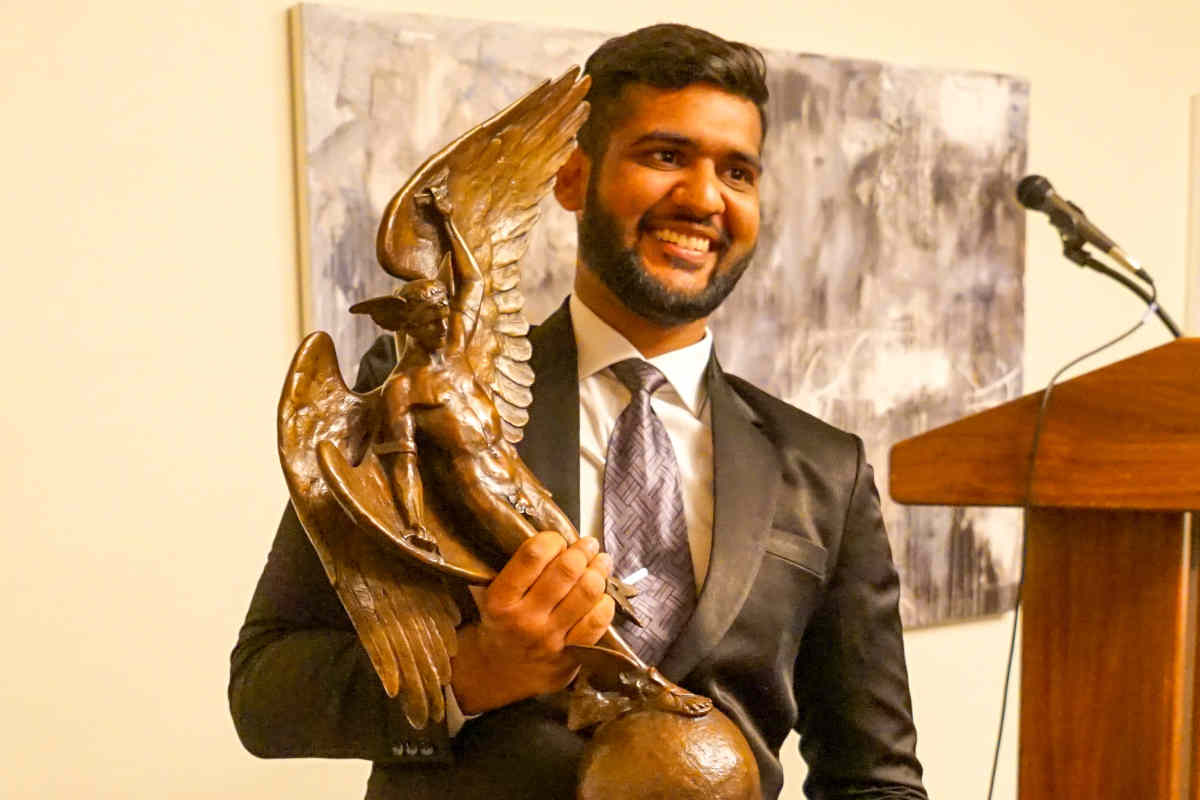 The Webster Memorial Trophy Competition in 2022 celebrated its ninetieth anniversary following its return to operations after being postponed for two years because of the global pandemic.

At the end of the week, the program’s competition board named Harmeet Garg of Southern Interior Flight Centre, finalist for the Western Canada region, as the 2022 Webster Memorial Trophy champion.

Douglas Browne, of MFC Training, and finalist for Eastern Canada, placed runner-up. He was awarded the Eunice Carter Trophy.

The NAV Canada Award was earned by Valeriya Mordvinova of the Rockcliffe Flying Club, finalist for the Ninety-Nines Inc. for achieving the highest grade on the qualifying exam. The RedBird Flight Simulations awarded Damon Crane of Brampton Flight Centre, and finalist for The Canadian Owners and Pilots Association, for his exemplary effort in this year’s simulation. The Northern Lights Aero Foundation also provided a bursary to this year’s female finalists, Alivia Chanyi and Mordvinova.

“On behalf of the board, I would like to thank our host school, Southern Interior Flight Centre, and the many sponsors, partners, and supporters that make Webster Week possible,” said Elise MacGlashing, National Administrator of the Webster Trophy Competition.

The evening ended with the announcement of next year’s host school, Waterloo Wellington Flight Centre.