It was a long dry summer out west, the warmest summer on record (based on 140 years or so of record keeping). Following a winter that saw record low snowfall in many areas, the result was reservoirs at record low levels and unprecedented water restrictions. Looking south at the fire season in California and even up into Washington State, you can’t help wondering what the future holds for what used to be the “wet coast.” 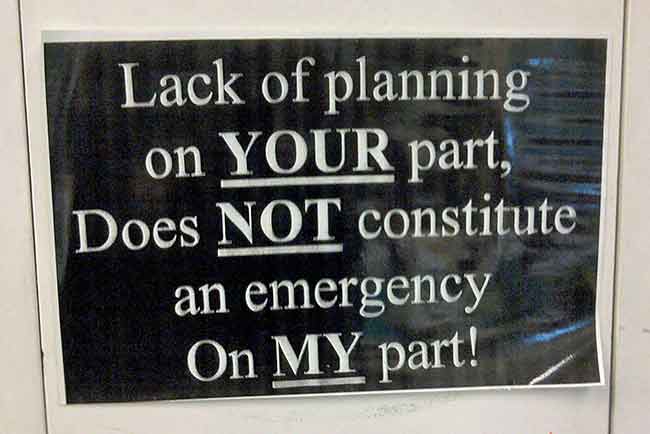 There’s a saying in emergency management – ‘it wasn’t raining when Noah started building the ark.’ It was a long dry summer out west

There is no doubt there is a change in the weather, the question now is how big a tilt are we in for and how long is it going to go on for. We may have gone three months without rain, but there were other parts of the country that were on the verge of floating away. There’s increased wildfire activity on one side of the country and unseasonable flooding on the other side. Both are symptoms of the changing world we live in.

It’s a small planet, but it’s the only one we have. Size is relative and some of the numbers are too big to really comprehend, until you get down to the important part – that’s where we live. Give or take, the earth is about 40,000 kilometres in circumference, while we inhabit a zone that extends from about three km underground to seven km above the surface and most of us live well short of those boundaries. Put another way, there’s a little band of gas that clings to the surface of the Earth that keeps us alive and it’s 0.00025 per cent of the earth’s circumference. There’s not much wiggle room, or excuse me for saying this, breathing room when we use up what we were given.

It’s not just that it’s been hot and dry on one side of the country and cold and rainy on the other. When it’s hot, it’s really hot, and not necessarily the temperature on the thermometer, but the UV index. And when the rains come, it’s not a shower but a deluge. Unfortunately, one of the byproducts of our political system over the past decade has been a weakening of our emergency response capabilities in a wide range of disciplines due to continual budget cutting and the mantra of “no new taxes.”

Cuts to coast guard resources on the west coast, lack of federal funding to support Heavy Urban SAR (HUSAR) programs have been matched by provincial governments. One thing you can count on for sure is that with any large-scale disaster, be it wildfire, flood or weather-related, it will attract provincial and federal politicians, just like insects to a dropped ice cream cone. Compounding the intrusion is the fact that no politician is allowed out in public without his or her swarm of handlers.  How many times this summer did we see clearly staged media events designed to project the impression that there’s nothing to worry about because our leaders were on the scene?

Canada’s firefighting model is built along the same lines as our national emergency management model, which allows integration and expansion of response from the municipal level, through to provincial and up to the federal government. These programs need to be funded in such a way that ensures adequate response capability in terms of personnel and equipment. They should be constant and ongoing programs, part of the basic fabric of our communities. If these programs are managed and supported with an aim to providing the training to meet the challenges when the time comes, the costs will be far less than not having the right people when you need them most.

The federal government talks about a national shipbuilding program and a national aerospace program and these are good things, but they are not new. This country had a strong shipbuilding industry and it was allowed to wither. Shipbuilding is coming back and aerospace is really our ace in the hole for the future, but we need to look at a national emergency management strategy in the same context. It seems simple, the opportunity to increase the strength and resiliency of communities while providing training and job skills to some of the people who need them most.

There’s a saying in emergency management – “it wasn’t raining when Noah started building the ark.”