Things are changing and it’s not just the weather. Say what you will about today’s weather versus memories of childhood, but something is happening, and for many of us, it is not a good thing. Winter may have bypassed the west coast, but if you live in the Maritimes you are likely wondering when winter will leave. 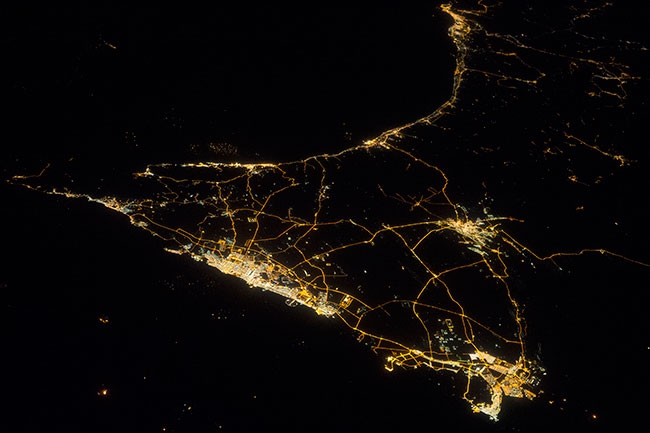 Now Things are changing and it’s not just the weather.

This year’s Iditarod (aka The Last Great Race) was forced to move the start 260 kilometers from Anchorage, Alaska to Fairbanks due to a lack of snow, which seems to be a requirement for dog sleds. It’s all due to changes in the jet stream, that great influencer of weather patterns. Follow the peaks and valleys of the jet stream from mid-Pacific and then across North America and you get a pretty clear picture where winter was and wasn’t this past year.

One of the major influences on the jet stream is the earth’s magnetic field, which is in turn created by the churning of the earth’s core of molten iron. We’ve been warned by those in the know that earth’s magnetic poles have flipped many times over the past few billion years and we’re about half a million years overdue for another flip. This, as the magnetic North Pole chugs steadily further north at a rate of about 80 kilometres a year. It won’t be too long before it goes over the top and starts rolling downhill towards Russia.

Dog sleds and magnetic compasses aside, there are major tilts in the world of commercial aviation as the world’s economic axis are shifting. Recently, the big three American airlines – United, Delta and American – have been outspoken in their view that they are being undercut by the big three from the Persian Gulf states – Etihad, Qatar Airways and Emirates. It is no secret that they are actively promoting the idea that the shortest route between China, India or the rest of Asia and Europe and North America is through Abu Dhabi, Doha or Dubai. They’ve supported this hypothesis by topping the order books at Boeing and Airbus.

In 1998, Emirates ranked No. 30 globally in international capacity. Today it ranks first, while Qatar has moved up from 90th to be 10th on the list in that time, while Etihad – which didn’t come into existence until 2003 – is now 13th. Collectively, they offer 25 flights a day from the U.S. to the Gulf, versus the two a day three legacy American airlines.

Out of curiosity, I started searching for the cheapest fare from Vancouver to Dubai using the full-range of Internet sites that offer the lowest/cheapest fares “guaranteed.”

It is interesting to note that of the six sites I was querying simultaneously, I rarely received the same quote for the same return flight. The lowest I saw was $715/return for dates in April, though it was gone when I returned to that site a few minutes later. There was often a $200 differential for exactly the same flights from the various third-party sites, which is interesting enough in its own right.

Then I noticed something, which led me to another little game. Even for the lowest quoted return fare on some dates, I could make my return by way of China, on one of the Chinese airlines that calls at YVR. Call it Phineas Fogg in the 21st century. Refining the game, I then looked to make the hop from Vancouver to Dubai, Doha or Abu Dhabi with only one stop/transfer en route and the same rule for the return trip on the around the world leg.

There are actually multiple choices both legs and this may be a clue that there is a significant shift in just how the world travels, or more importantly, where the world thinks it needs to be and how it chooses to get there and back.

It’s about six hours longer in the air taking the China route back to Vancouver, but it can still be done in under 24 hours from start to finish. It took Marco Polo more than 20 years to get back home, Columbus was gone for months and the legendary Pan Am Clipper took a week to get its 12 passengers from San Francisco to Manila.

Now, with the latest A350 XWB and B787 magic carpets, I can make the journey in the lap of luxury. Thirty years ago, Dubai and its neighbours had changed little over the preceding two millennia. Then, we used to think nothing of flying down to San Francisco for the weekend. Today, I’m looking at making it around the world in the same time frame, with a stop-over in a city state where the
past has become the future almost overnight.

Paul Dixon is a Vancouver-based photojournalist.