Canada 150 is over and its time to get our eyes back on the road ahead. 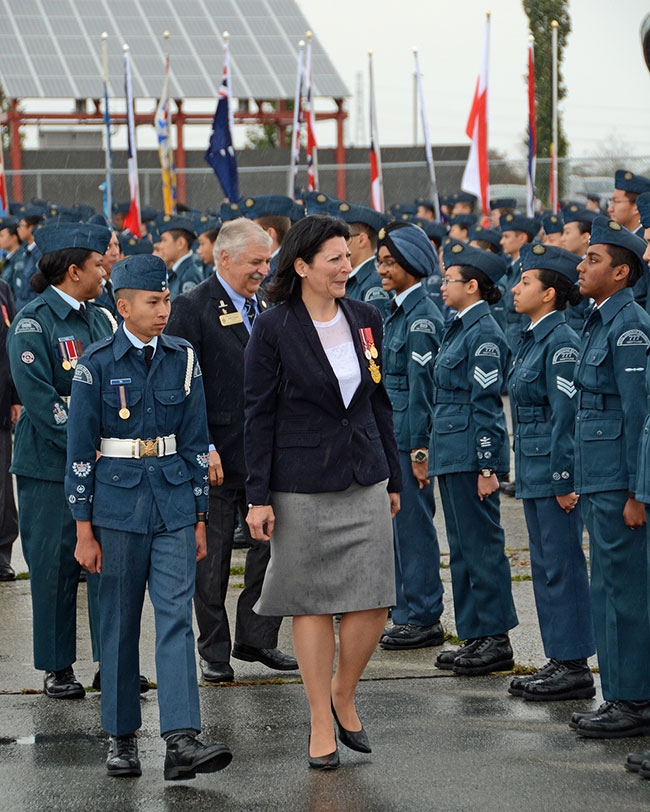 It can also teach one that sometimes a good leader knows when to be a follower. Canada 150 is over and its time to get our eyes back on the road ahead.

Think of your life as if you were driving a car. There’s the windshield, your view of the world ahead and then there’s the rear-view mirror that lets you keep an eye on what’s behind you and helps you remember how you got here. And the sky ahead could be a bumpy one, as on one hand, we have projections of unending commercial airliner sales and development while at the same time, there’s a challenge in finding the people who are going to fly and maintain theses aircraft.

The Royal Canadian Air Cadets were established in 1941 to train young men (at that time) for future service in the RCAF. A couple of years ago, I wrote about a family that has produced four generations of military pilots and it occurs to me that the second generation was one of those early air cadets, walking over the Lions Gate Bridge from West Vancouver every week to parade in the old armoury at the entrance to Stanley Park. On his 18th birthday he enlisted, was off the flight school and earned his wings. His son flew 35 years with the RCAF and airlines and today his grandson is a RCAF pilot.

Since 1941, hundreds of thousands of young Canadians have worn the cadet blue. Involvement in the aviation world brings them in the door and for many it is an end in itself. Some 20 per cent of private pilots licenced in Canada today are former air cadets, as are two-thirds of our commercial airline pilots. It can go even higher than that, as former air cadet Chris Hadfield has most ably demonstrated.

Women were first admitted into the cadet program in 1975 and today make up about 30 per cent of the program. LCol (ret) Maryse Carmichael was an air cadet prior to joining the RCAF. She went on to become the first female member of the Snowbirds and later returned to 431 Demonstration Squadron as the commanding officer.

Many other notable Canadians are proud to say they were air cadets and made their mark in fields far removed from aviation. Former governor-general Ray Hnatyshyn, B.C. Lieutenant-Governor Stephen Point, former prime minister Joe Clark, country singer George Strait, children’s entertainer Fred Penner, author and historian Gwynne Dyer and CBC meteorologist Johanna Wagstaffe are but a few who have an impact on our lives with what they have done and continue to do, without any link to aviation.

In their own way, they will tell you that being a cadet had a profound impact on their lives. Many of them did learn to fly and some still do today, but more importantly, they learned the soft skills that enable us to take our raw talent and refine ourselves into someone who will live a life that will bring value to ourselves, our families and our community.

Carmichael, now retired from the RCAF, is the honourary president of the Royal Canadian Air Cadets. In that capacity, she served as reviewing officer of the Battle of Britain memorial ceremonies at Boundary Bay Airport (YBB). Addressing the more than 600 cadets arrayed before her, she spoke of what being an air cadet had meant to her. Through the air cadets, Carmichael learned what she was capable of and it gave her the confidence to be the best that she could be.

The so-called soft skills, not easily quantified, are what the future is built on. Learning teamwork from the bottom up gives one the necessary tools for leadership, but it can also teach one that sometimes a good leader knows when to be a follower.

All of the people I’ve listed as air cadet alumni had their own vision for the future and the courage and strength of conviction to reach, in some cases literally, for the stars. We know them today because in their own way they did catch their star. But they’ll be the first to tell you that there were more than a few bumps along the way and likely a few abject failures.

The lessons they had learned in their teens allowed them to pick themselves up and keep going. We could use a lot more of that spirit to get us through the next 150 years.

It’s people that have made this country what it is today – people from every walk of life and all corners of the world. We would be well served for the future to put a few more dollars into developing the type of people we want to lead us into Canada 200.